Can you smell your way to stronger orgasms? | Metro News

When thinking of ways to spice up your sex life, scent is probably fairly low on the priority list of senses to focus on. So long as there’s a generally fresh or pheromone-filled odour, both parties tend to be more than happy to get down and dirty. Surprisingly, smell can play a big part in your sexual pleasure, and in enhancing climax. A German study from last year, in which researchers measured ‘odour thresholds’ with sniffing sticks, showed that those with a stronger sense of smell have more orgasms. Given the study only had 70 participants, the results are open to interpretation, but it raises questions around the relationship between sex and scent. If you can increase the quantity of orgasms, can you do the same with the quality of them? Is it possible to smell your way to a stronger orgasm? ‘The short answer is yes, aromas can help you achieve more intense orgasms,’ said Stu Nugent, sex expert at Lelo. ‘Food might be an aphrodisiac, but smell is the most powerful and emotive of our senses, and it can be coached to offer much more satisfying sexual sensations. The taste of food can heighten the anticipation of sex, but smell can actually put you there. ‘It can be used to intensify all of our other senses, too. When you’re blindfolded, for example, your sense of taste, smell, touch, and hearing all become elevated.’ Majority of people can appreciate good chocolate – a known aphrodisiac – as the cocoa tricks your mind; it contains phenylethylamine (a chemical that mimics the feeling you get when you fall in love), as well as the ‘happiness molecules’ tryptophan and anandamide. But scent is a divisive sense, much more so than that of taste, for instance. Just imagine if we were as picky with our foods as we are with our choice of perfume or cologne, for instance (odds are we’d struggle to that find dishes that appeal to us when dining out). The two – taste and scent – are interconnected, but the latter is much more individual – a musky odour will appeal more to one person, while another prefers a citrus or floral base. 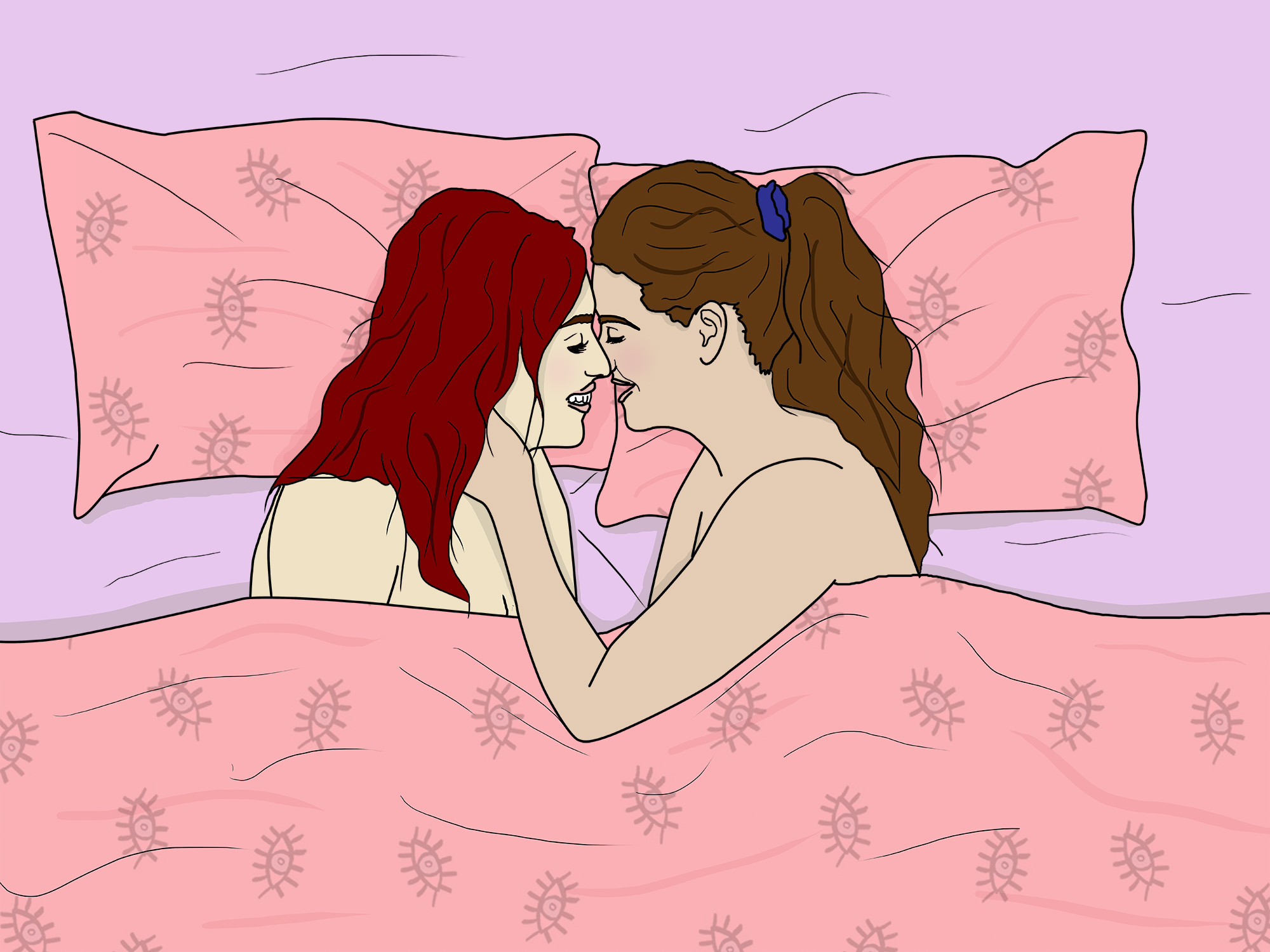 ‘Certain smells can affect our mood, buying habits, mental alertness and are used extensively by the fragrance industry, even if we don’t consciously notice them in our environment,’ Karen Gilbert, a fragrance expert and teacher, tells Metro.co.uk. ‘To understand why this is the case, we have to look at how our brain processes scent molecules. Whereas most senses send nerve impulses to the region of the brain known as the thalamus to be processed as physical sensations, odour molecules flow to the limbic system and the hypothalamus instead. ‘The limbic system of the brain is where feelings, moods, emotions, sexual behaviour and memory are processed. ‘Scent is also a powerful attraction factor and despite lots of research we really don’t know a lot about human pheromones and how they work. ‘It is possible that we are still using our primitive senses to sniff out a mate more than we realise.’ Karen highlights results from a study by the Smell and Taste Treatment Research Foundation, where the focus lied on the connection between smell and sexual arousal. According to the results, nearly 20% of those who had a lessened sense of smell experienced some degree of ‘sexual dysfunction’. The study was conducted solely with male participants who were given a range of scents to sample including floral and colognes, which were controlled through the smell of baked cinnamon buns – apparently the buns had a stronger effect than all other smells. Cinnamon buns do smell divine and baked goods do tend to invoke happy feelings – property agents often utilise scents such as freshly baked bread as a sales trick when showing prospective tenants a new home. ‘In a later study, using a wider variety of samples they found that the number one olfactory stimulus for increasing penile blood flow was a combination of lavender and pumpkin pie,’ said Karen. ‘The second was a combination of doughnuts and black licorice, and third was doughnuts and pumpkin pie. ‘They also did studies in women and measured vaginal blood flow in a double-blinded randomised fashion. They found that the number one odor that enhanced female arousal was a combination of the liquorice candy Good & Plenty and cucumber, although Good & Plenty and banana nut bread also had positive effects. ‘With men, every single odor they tested enhanced penile blood flow but with women that was not the case, and there were some odors that inhibited sexual arousal. ‘The smell of cherries, barbequed meat and men’s cologne all acted to inhibit female sexual arousal.’ Similarly, a study from last year, published in the Archives of Sexual Behavior, also suggests that if you have a stronger sense of smell you might find sex to be slightly more pleasurable and that women with a stronger sense of smell have more orgasms. What scents could make your orgasms that much better? According to Karen, you should pick a fragrance that works with your body scent. Ylang Ylang and Jasmine, and other exotic florals are good options. Musky scents, ‘creamy woods’ like sandalwood and oriental fragrances are also useful, as these imitate your skin’s own scent. They’re also connected to your inner animal and basic human sexual needs – a primal scent, if you will. Don’t go crazy with the perfume though; overpowering your own and your partner’s senses could have a negative effect. And avoid any smells that are linked to painful or sad memories. The difficulty with intensifying orgasms with scent is that it’s so individual, and for women, there are other factors that can affect what scents we like at different stages of the month – the birth control pill for instance. Lana Citron, author of the aphrodisiac foods book, Edible Pleasures, tells Metro.co.uk that women look for a man with ‘opposite immune systems proteins to their own’, but this applies less so to women who take birth control pills. ‘They [women] rely on their nose to attract a mate with opposite immune system proteins to their own – ensuring the strongest possible biological pairing and optimum genetic makeup. This theory was scientifically proven by Claus Wedekind, a Swiss researcher, who found it to be true. ‘However, there was one proviso: it only worked on women who were not taking the birth control pill, as those who were tended to select men with the most genetically similar traits to them. ‘This was because the pill hormonally mimics the state of pregnancy and during pregnancy, a woman feels vulnerable and so feels safest with family rather than a stranger.’ For women, periods also play a big role, due to the change in hormones in your body. It might be worth noting where you’re at in your cycle before you decide on a candle for when you want to get freaky. According to Dr Aarti Denning, a registered GP who mapped hormones in a project with Fragrance Direct, you might find yourself drawn to citrus scents such as grapefruit, bergamot and juniper with notes of rosemary during the first phase of your period. After the initial two days of your period, known as the ‘follicular phase’, your body will adjust to finding a mate and suddenly, your senses switch to headier fragrances such as amber, sandalwood and patchouli (notes often used in male colognes). Sounds like an excellent excuse to buy several perfumes, if you ask us.

Source: Can you smell your way to stronger orgasms? | Metro News