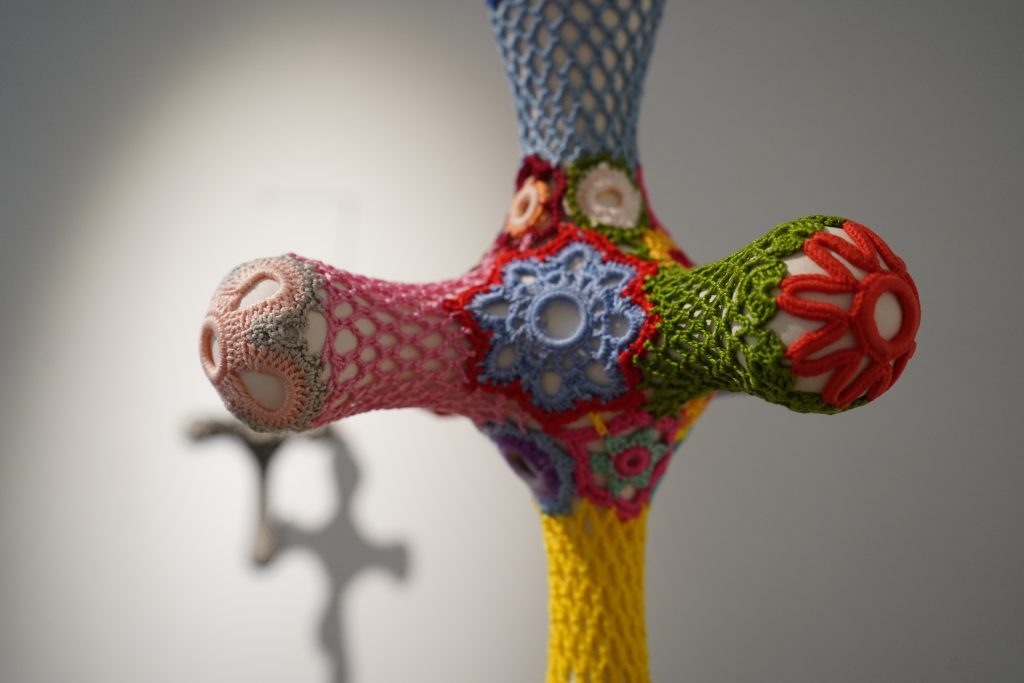 We have art for the eyes and music for the ears, but what about about creative stimuli for our sense of smell?

A new show at Phillips auction house in Paris is addressing this question through a new show of olfactory sculptures by six artists, including Joana Vasconcelos and Adel Abdessemed, which incorporate uniquely created fragrances by perfumers.

“Profile By” is the fruit of an exploration by fragrance expert Diane Thalheimer, who invited each artist to team up with a perfumer to develop a fragrance and embed it into an artwork. She shared her idea with the fragrance production company International Flavors and Fragrances (IFF), which agreed to pair six of its perfumers with the artists selected by Thalheimer. Strangely, Vasconcelos is the only woman artist included in the project. Thalheimer later approached Phillips, which offered to host the exhibition in its venue.

“I chose artists who have strong personalities and a distinctive approach towards making art because that means their olfactory identity will be stronger,” Thalheimer told Artnet News. She then interviewed each artist to unravel their “olfactory identity” before matching each of them with an IFF perfumer. 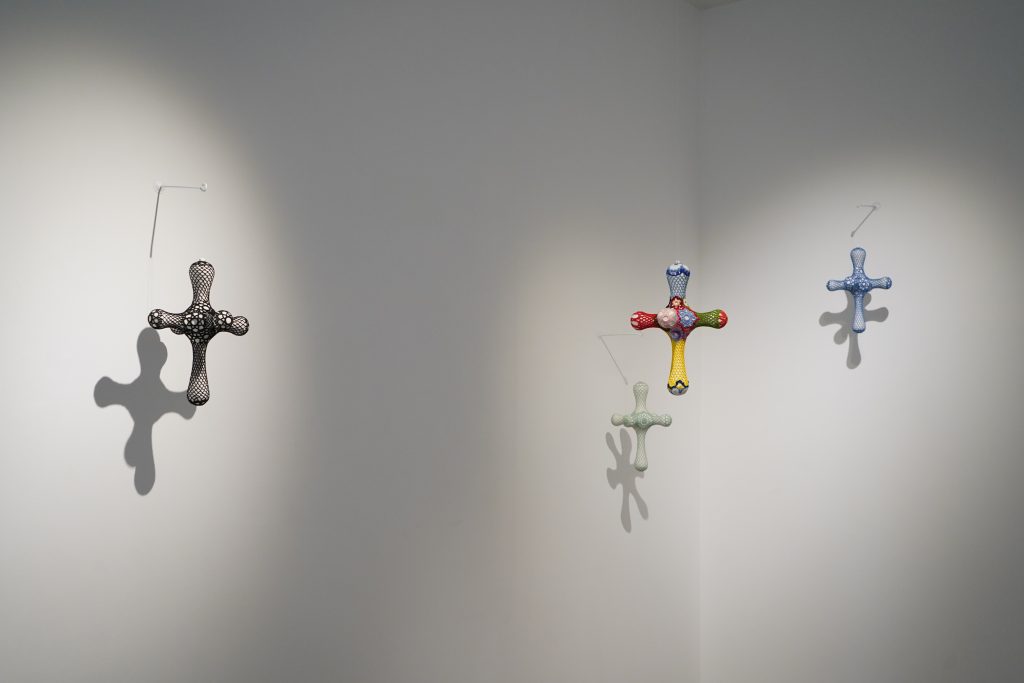 Vasconcelos conveys in her scent, titled Lança, her interest in well-being and yoga. Her collaborator, perfumer Anne Flipo, sought to translate the seven chakras into an incense-based fragrance, which is diffused via Vasconcelos’s small, cross-shaped white ceramics decorated with brightly colored crochet.

“We had Zoom meetings every week to discuss the fragrance and we met in Paris so I could understand the world of fragrances [by visiting the IFF laboratory],” Vasconcelos, who represented Portugal at the 2013 Venice Biennale, said of the collaboration.

The experience of incorporating the sense of smell into her work has led Vasconcelos, who has exhibited monumental works at the Château de Versailles and the Bon Marché department store, to contemplate sculpture differently. “Normally my pieces are very large and occupy a space. Here, the sculptures are small and it is the fragrance that fills the volume of the space instead,” she said. Vasconcelos intends to incorporate scent-filled sculptures into her exhibition at the chapel Sainte-Chapelle de Vincennes in France next year.

The exhibition also highlights the importance of smell at a time when many people are losing it. “My cousin is one of many people who lost his sense of smell after contracting COVID-19,” Vasconcelos said. 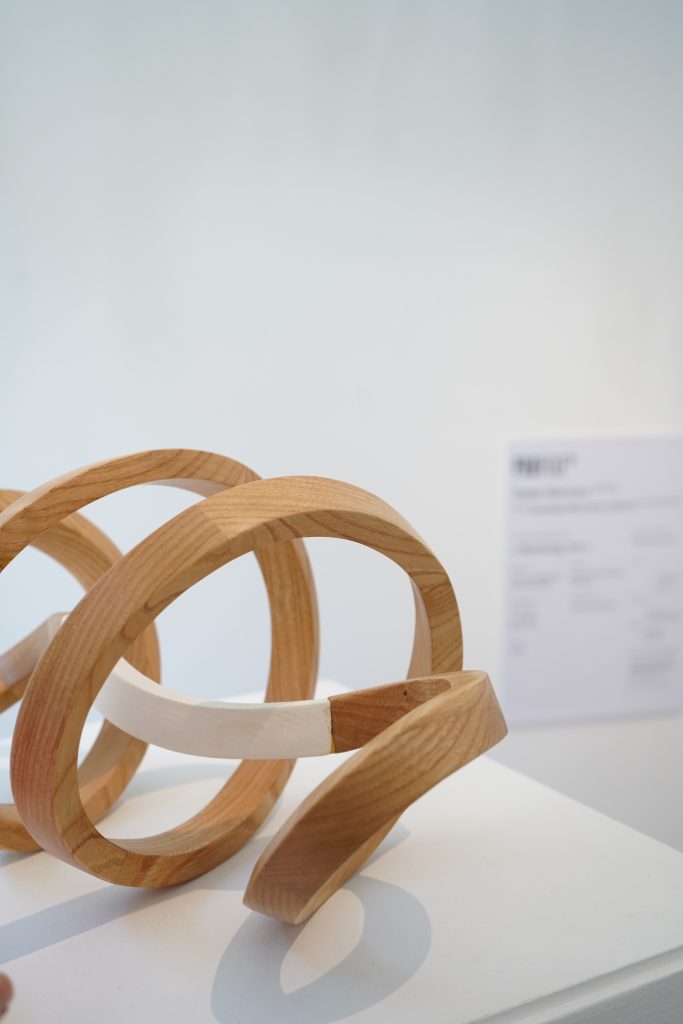 Meanwhile, French-Argentine artist Pablo Reinoso, who has designed fragrance bottles in the past, collaborated with perfumer Domitille Michalon Bertier to develop a fresh, woody scent that is diffused through the enamel part of his spiraling wooden sculpture, Rocking Me.

“I’ve worked on creating fragrances for Givenchy but this is the first time that I’ve developed something about my own taste and not strategically for the consumer,” Reinoso said. “My concept is that rocking the sculpture activates the fragrance.”

The most sensual piece is perhaps Abdessemed’s Noli me tangere—a ball containing an oriental rose fragrance balanced under a ceramic-and-plaster white sculpture of a woman’s foot. “When he smelled the rose [note], he immediately thought of a woman’s foot and envisioned seeing a woman that he can’t reach,” perfumer Paul Guerlain explained. 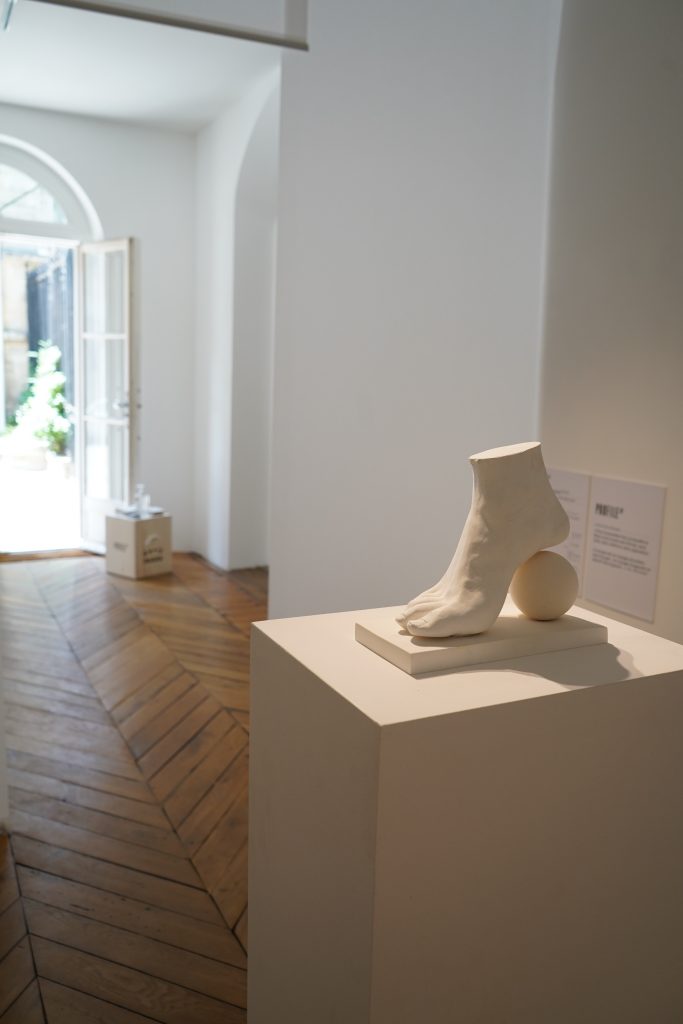 French sculptor and designer Hubert Le Gall is so enthusiastic about the project that he included his fragrance-embedded pieces in his current exhibition “Greek Fantasy” at Villa Kérylos in the south of France. He worked with Jean-Christophe Hérault on the aromatic fragrance inspired by the Greek god of wine, Dionysus, which is diffused through a vase pierced by a branch with glass beads.

Source: Can Smell Be an Artistic Medium? A Perfume Expert Teamed Up With Joana Vasconcelos and Other Artists to Make ‘Olfactory Sculptures’