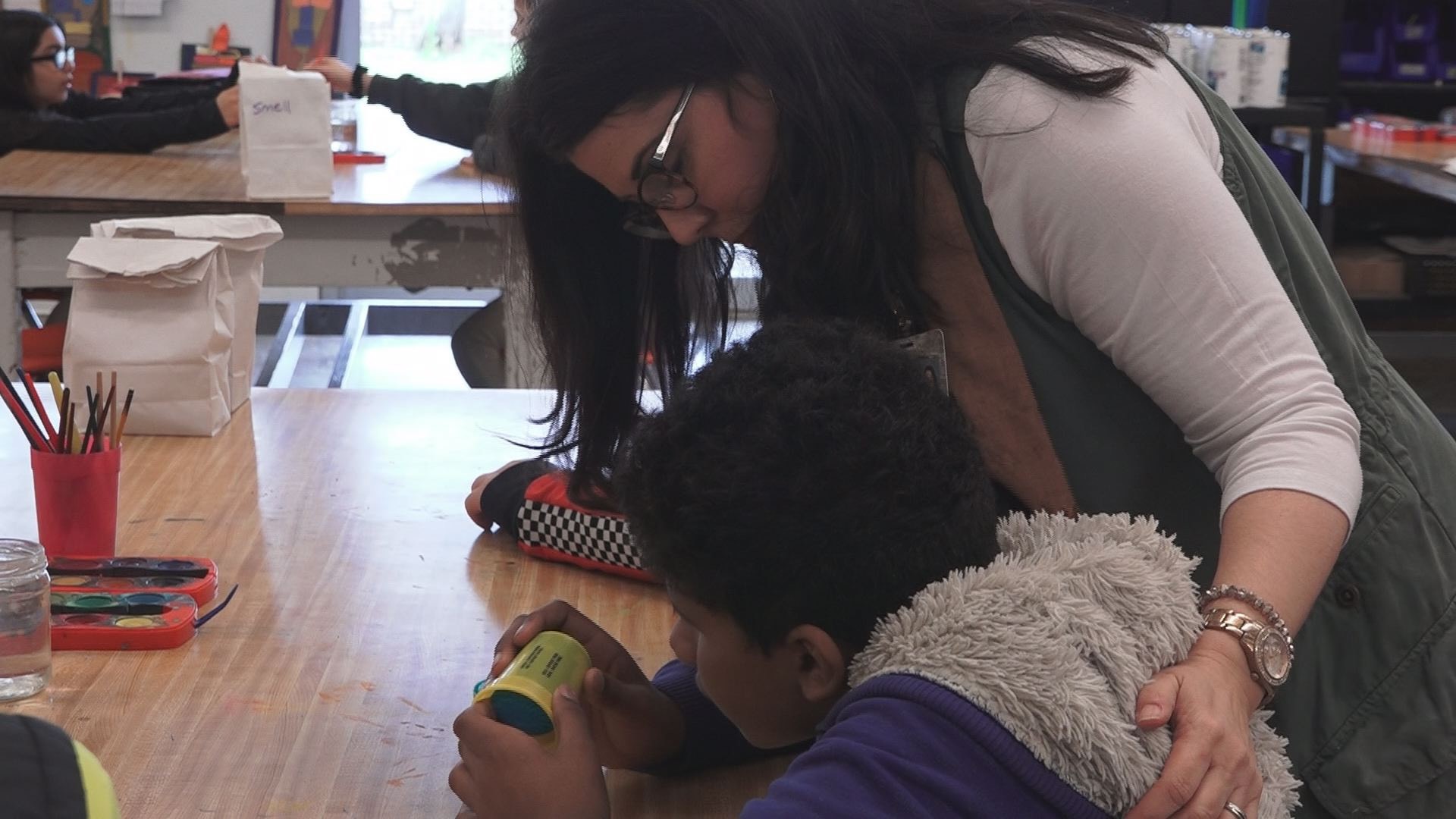 Gatson is a sixth-grade student at Brame Middle School. On the first day of school, he was given his choice of extracurriculars and picked art. The choice surprised teachers because he was born blind. Every artist needs their muse and for Gatson, that’s Mrs. Holt.

“I spent a lot of time researching and really thinking through every art project that I did,” said Denyse Holt.

Holt was nervous to teach him, but also determined.

She adds a twist to his lessons with textures.

“Like the blue color, she will put rice in it so I know it is blue,” Gatson said. “And another color, red, she will put beans in it.”

“We will use scented markers as colors,” Holt said. “He will take the top off and I’ll say well what color do you think that is, what does it smell like? It smells like grapes, so that is your purple.”

Holt makes sure he can follow along during instruction.

“Like when there is a video playing and then when they are showing pictures,” Gatson said. “She describes the pictures to me.”

“He’s told us that this is the first time he’s ever been able to experience color and that is tremendous,” said Principal Mollie Fontenot. “We take those things for granted. He is experiencing that here for the first time.”

The main reason is his favorite teacher.

But, the biggest rewards for Holt have been his smiles and positive attitude towards the projects.

“There just aren’t any words at all,” Holt said. “That really is the goal of this art class to open up everyone’s eyes. To see art in a new way, a relatable way, and something that they can do. And he can do it.”

Most of all the class has made him see his abilities in a new light.

“I’m very proud,” Gatson said holding his artwork. “I want to keep them when I grow up and show them to my kids.”

Get the latest updates from kalb.com delivered to your browser:

“If facts are the seeds that later produce knowledge and wisdom, then the emotions and the impressions of the senses are the fertile soil in which the seeds must grow.”