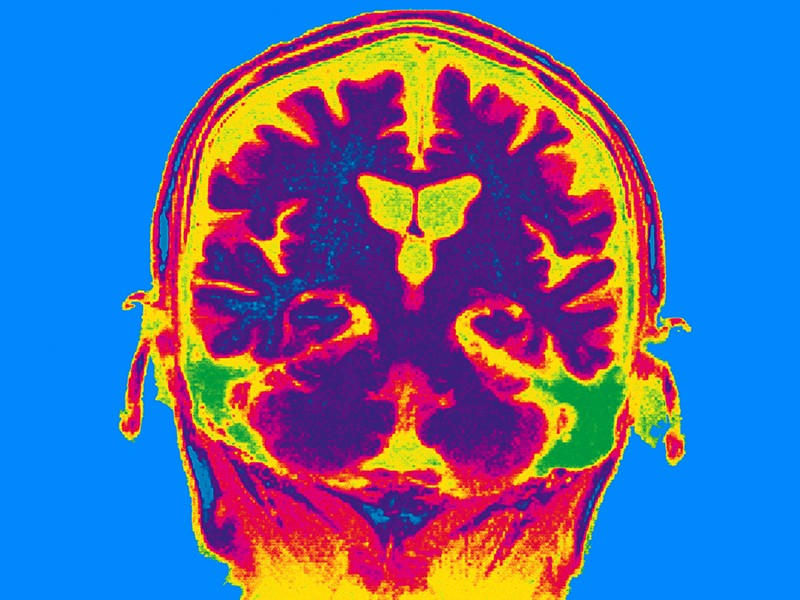 After four days of non-invasive electrical stimulation, trial participants were better at recalling information for up to a month.

People’s ability to remember fades with age — but one day, researchers might be able to use a simple, drug-free method to buck this trend.

In a study published on 22 August in Nature Neuroscience1, Robert Reinhart, a cognitive neuroscientist at Boston University in Massachusetts, and his colleagues demonstrate that zapping the brains of adults aged over 65 with weak electrical currents repeatedly over several days led to memory improvements that persisted for up to a month.

Previous studies have suggested that long-term memory and ‘working’ memory, which allows the brain to store information temporarily, are controlled by distinct mechanisms and parts of the brain. Drawing on this research, the team showed that stimulating the dorsolateral prefrontal cortex — a region near the front of the brain — with high-frequency electrical currents improved long-term memory, whereas stimulating the inferior parietal lobe, which is further back in the brain, with low-frequency electrical currents boosted working memory.

“Their results look very promising,” says Ines Violante, a neuroscientist at the University of Surrey in Guildford, UK. “They really took advantage of the cumulative knowledge within the field.”

Using a non-invasive method of stimulating the brain known as transcranial alternating current stimulation (tACS), which delivers electrical currents through electrodes on the surface of the scalp, Reinhart’s team conducted a series of experiments on 150 people aged between 65 and 88. Participants carried out a memory task in which they were asked to recall lists of 20 words that were read aloud by an experimenter. The participants underwent tACS for the entire duration of the task, which took 20 minutes.

After four consecutive days of this protocol, participants who received high-frequency stimulation of the dorsolateral prefrontal cortex had an improved ability to remember words from the beginning of the lists, a task that depends on long-term memory. Low-frequency zaps to the inferior parietal lobe enhanced participants’ recall of items later in the lists, which involves working memory. Participants’ memory performance improved over the four days — and the gains persisted even a month later. Those who had the lowest levels of general cognitive function before the study experienced the largest memory improvements.

Changing frequencies and brain regions (applying high-frequency stimulation to the parietal lobe, for instance), or using a ‘sham’ protocol in which the electrical currents were applied only briefly at the beginning and end of the task to mimic the sensation of brain stimulation, did not boost memory.

“I was both impressed and surprised by this by this paper,” says Simon Hanslmayr, a cognitive neuroscientist at the University of Glasgow, UK. He notes that along with other scientists, he has been sceptical about whether tACS can lead to meaningful changes in cognition. One issue has been that tACS devices generate electrical currents much weaker than those created by other methods of stimulating the brain, so it hasn’t always been clear whether they can transmit enough electricity to the brain to modify its function. However, the authors of this study convincingly showed that their protocol was linked to “consistent and quite strong improvements in memory”, Hanslmayr says.

There were a few elements that made the study unique, adds Hanslmayr. One was that authors applied tACS for several days in a row — previous studies have typically done so for only a single session. Another was that the experiments involved people aged over 65; most others have involved young students with good memory function. These factors could help to explain why the authors were able to obtain such impressive results, he says.

Several questions remain. How far the benefits of the brain stimulation can be generalized to other types of memory task and whether memory improvements can persist for longer than a month are two key issues that the team plans to address in future studies, says co-author Shrey Grover, a cognitive neuroscientist in Reinhart’s laboratory.

The team is also expanding the work and looking at whether tACS can help people with conditions such Alzheimer’s disease, he adds, given that the study indicated that brain stimulation might provide the greatest benefits to those who have poor cognitive function to begin with. “We’re hoping that we can extend upon this work in meaningful ways and contribute more information about how the brain works.”