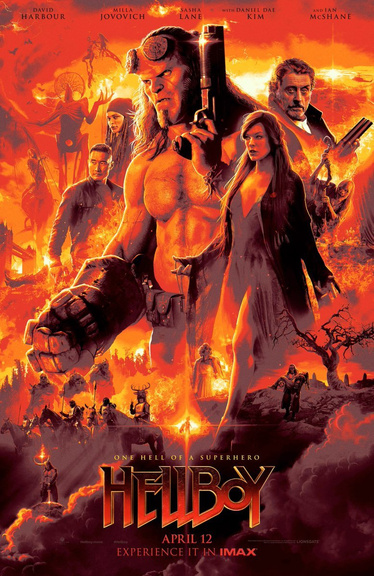 If you are unaware, BPAL has a large assortment of officially licensed scents across several fandoms including tv series, films, and classic literature including several Neil Gaiman-inspired scents, Jim Henson’s Labyrinth, and a myriad of others.

In all, the new line will have 11 scents, including BPAL’s very first beard oil release HELLBEARD, which is described as “bourbon tobacco, gunpowder, and brimstone.”

Each perfume blend is packaged in a 5ml apothecary bottle featuring label artwork from
the movie. These collectible, hand-blended products introduce film lovers of all ages to
an entirely new sensory experience, capturing Mike Mignola’s classic characters and the
film’s settings and story points in fragrance.

GANEIDA
A bundle of witches’ herbs and honeyed lavender.

LADY HATTON
I was there on the night you came into our world. A classic 1920’s-style aldehyde with
champaca blossom, incense, and sweet red patchouli.

MEN WILL FALL TO HER DARKNESS

And those who call the shadows home will rise again. A haze of blood musk, myrrh,
blackened lavender buds, labdanum, and opoponax.

THE OSIRIS CLUB
Ancient tomes and disturbing artifacts clutter the shelves of a posh club, where eons of
incense smoke have seeped into suede and leather seats. A whiff of pipe tobacco and
cologne, bourbon and gunpowder.

CROWN OF THORNS
The crown of the Lord of the Shadowlands, Nimue the Blood Queen: a blood-tinged
coronet of gold-gilded bramble.

Blues and soul and jazz music has so much pain, so much beauty of raw emotion and passion.