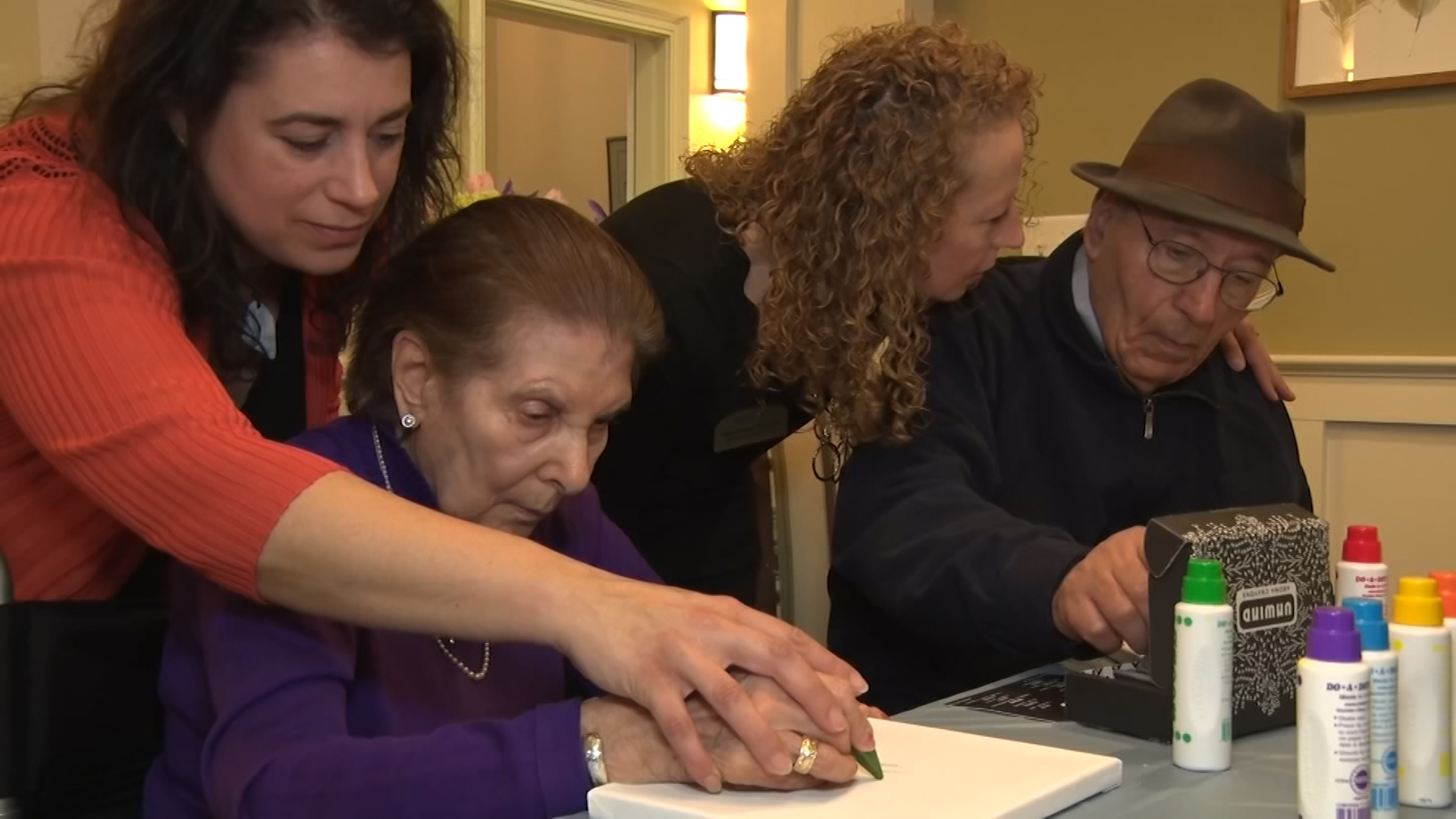 By msensory team18/04/2019No Comments
It looks like an art class with brushes, paints and scissors, but it’s not. It’s an art therapy session.

“You don’t have to be an artist. Anybody can do art therapy, anybody can make art,” said art therapist Suzanne DuFour.

“I don’t know if it’s doing any good for anybody else, but it did well for me. I enjoyed doing it,” he said.

“Art therapy is a nonverbal communication that is taking place during a session. It’s different from an art class where you are given instruction,” DuFour said. “It’s sort of like if you were to go to a counselor, a traditional counseling type session, however it incorporates art so that the therapeutic process comes within the art making itself.”

One session is for residents of Wellspring Village at Brightview Warren, a senior living community. Participants there have memory issues.

“Dementia is the umbrella term; there are many different types of dementia, including Alzheimer’s,” said geriatric psychiatrist Dr. Matthew Barnas. “The reason why the two words Alzheimer’s and dementia are synonymous is because by far Alzheimer’s is the most common type of dementia.”

The Alzheimer’s Association’s Greater New Jersey Chapter indicates nationwide there are 5 million people living with Alzheimer’s disease. In New Jersey, there are 180,000 residents aged 65 or older affected by the disease.

“People who have dementia, Alzheimer’s dementia, they have problems with communication, with cognition and memory, so engaging in art therapy allows a different form, a different mechanism, avenue of communication. It allows them to express their feelings. It activates part of their brain that maybe they’re not always activating such as a creativity, visual-spatial, hand-eye coordination,” said Barnas.

The art therapist incorporates different materials into her sessions, like papers of various textures and colors, beads, fabric and ribbons. She says it gives residents an opportunity to engage in different things and to connect with the material.

“I try to pick things that are tactile for this population so that they can have a sensory issue with feeling it. Or maybe it’s scented, so some of the crayons have a natural aromatherapies in them,” DuFour said.

From there, DuFour begins to have a conversation.

“I kind of ask them what it reminds them of, and maybe tell me a story about the flowers in front of you, or what do they remind you of? And someone might say, ‘Oh, I used to cook a lot,’ or ‘I used to bake a lot’ so then we’ll talk about, ‘well, did you have parties,’ and then it leads from one to another so it acts as a bridge,” she said.

“When I see the residents involved, it just brings me such tremendous joy,” said Willspring Village Director Marymae Henley. “They often come out of their shell and I see a new side of them and they become more engaged, more creative and more verbal.”

“Physicians are looking at medications as an avenue to help address those symptoms, so art therapy provides a non-medication intervention which is really outstanding and we try to engage it as much as we can,” Barnas said.

He says the art therapy sessions also increase mindfulness and socialization. Wellspring resident Angie Margeotes is enjoying the session with her friends.

“It makes you laugh,” she said.

The works of art will be displayed throughout the community for all the residents to enjoy.