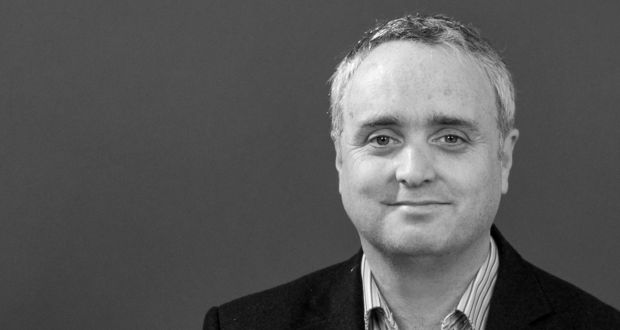 David McIntyre, developer of the Cubbie.

Another significant factor in his decision to manufacture the Cubbie booth was being made redundant.

David’s business, DMC-Design Ltd, developed the Cubbie booth which offers a multi-sensory space to both children and adults and can adapt to the individual needs of each user. It delivers a total sensory management system.

“After Ava was diagnosed we became involved in an autism course for families and while we were there I was asked to design a sensory room for a local school.

“I was keen to make school as enjoyable an experience for Ava as possible. Most important was to support her progress through life, fulfil her potential and the freedom to participate in normal everyday activities.”

I don’t see Ava’s autism as a disadvantage, she just sees things differently and that can be a huge advantage
in today’s world

Being also dyslexic makes him more empathetic, he thinks. “I just see things differently. I don’t see Ava’s autism as a disadvantage, she just sees things differently and that can be a huge advantage in today’s world. My neurodiversity allowed me solve abstract problems very quickly. With the right support, who knows what problems people with neurodiversity could solve.”

His wife, Diane, first suspected Ava might have autism when she was 2½ years old. “It came as a big shock to me. In my own case I was not diagnosed until I was an adult, I had problems at school. Isolation because of disability should be a thing of the past.”

He explains that for people with sensory issues it is important to regulate the senses. “People with autism can be hyper or hypo responsive, sensitive to light, sound, taste, touch. They can be uncontrollable or sleepy/lethargic.

“The Cubbie delivers the person’s unique sensory programme, helping them regulate and so better participate in daily activities like school, work and play.”

With his own experiences in mind, along with those of Ava, he designed the Cubbie, which is, to all intents and purposes, similar to a large enclosed photo booth which can be programmed specifically for the sensory needs of each individual.

It delivers an individualised sensory programme, on a touchpad. Each person’s unique sensory programme can be downloaded to other Cubbies which will allow the person get the same sensory care in another school, hospital, shop or airport (anywhere there’s a Cubbie).

To date three Cubbies have been installed around the country. One in Temple Street hospital and the other two in schools in Galway city and Newtownforbes.

“Some with autism are being sidelined because of behavioural issues; the Cubbie can help ease these issues through individualised sensory care,” David says.

One of the schools involved in the initial case study was Gaelscoil Dara in Galway city where 28 students were identified with sensory issues, 12 were selected to participate and eight eventually did so.

A sensory portrait was constructed for each student with five school staff, including a special education needs teacher, two special needs assistants and two classroom assistants assisting. “Some need to use the Cubbie twice a day, others need it only once a month. Ten-minute sessions were all that were needed for the students taking part in the study.”

The initial case study exceeded our expectations; the focus is to help improve the experience for everyone

In all the cases it was found that using the Cubbie reduced classroom disruption, increased the student’s participation in class work and all were happy using the Cubbie. Many of the parents also noted that their child was happier in the evenings after school when they used the Cubbie.

“The initial case study exceeded our expectations; the focus is to help improve the experience for everyone. Our system not only helps the student understand the curriculum, it also helps manage school carer resources, and will allow schools to enrol greater numbers of students with autism.”

However, there is the issue of approval by the Department of Education. If a school wants to get a Cubbie, it has to get department approval. The school also needs to have an existing ASD (autism spectrum disorder) unit. “Those are two big barriers,” David says.

Each Cubbie – developed with the support of Mayo North East Leader Network – takes two weeks to make involving a team who build and install. “Our vision is to have a Cubbie everywhere there’s a need to help regulate the senses.”

New studies are showing that one in every 20 people has a sensory issue that negatively impacts their lives. “The Cubbie will greatly help a lot of people better participate in life.”