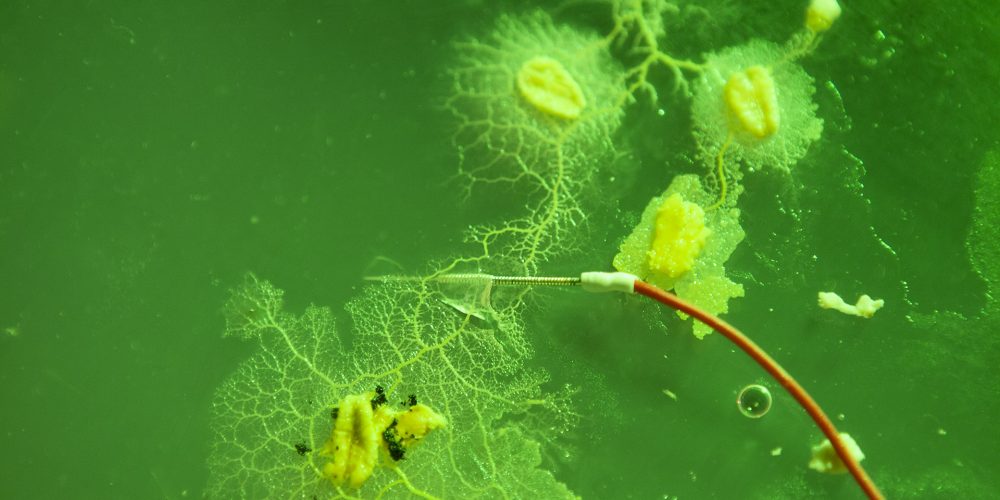 At the convergence of art and science, ecology becomes an experience | The McGill Tribune

On Oct. 29, The Convergence Initiative hosted their popular Sci-Art/Art-Sci event, a webinar about the work of scientists, artists, and researchers at the intersection of science, art, and communication. Matthew Halpenny, an interdisciplinary artist and member of the Montreal collective Somme, led the event with his talk titled “Ecologies of Experience: Systems in Art.”

When people think of the word “art,” media like painting, photography, or videography come to mind. According to Halpenny, however, these forms are static, unchanging. His work, by contrast, rests on the introduction of moving and changing components as part of his artmaking.

General systems theory, proposed by twentieth-century Austrian biologist Ludwig von Bertalanffy, states that a system is made up of interdependent and interrelated parts. Changing one part will affect other parts and the system as a whole.

“[When looking at systems in art], the meaning of the artwork is expressed by the relations between the elements, rather than representing the elements themselves,” Halpenny said. “With systematic art, a lot of the time you can’t predict the outcome.”

Halpenny also mentioned how observers themselves play a role in how the artwork is perceived.

Halpenny’s projects all follow a similar process. He starts with an idea, interest, or curiosity, then picks a medium through which to display it. His ideas often centre around the ways in which social systems influence biological systems, as well as their relationship to technology and humanity.

“We can think of technology as evil, but it’s humans creating these technologies,” Halpenny said.

Mycocene, one of Halpenny’s projects, uses slime mould to address the impact of our information technologies on natural systems. Using electronic waste as a metaphor for the technosphere—all the structures that humans have made to help keep them alive—the project illuminates just how much waste technology produces, with the slime mould acting as a metaphor for the biosphere.

Mycelial systems, or whole conglomerations of slime moulds, act like a network that Halpenny referred to as the “mycelial internet.” These systems, composed of eukaryotic organisms of the kingdom Protista, are aware of and responsive to change. Their ability to sense and respond to their surrounding environment using complex processing of sensory information classifies them as sentient.

With the live slime mould in the centre of a small room and the recycled electronic waste sculptures surrounding it, their components are only visible from the faint green glow of the mould. As the slime mould moves and grows, it gives off an electric signal which is used to repower the e-waste, creating a living atmosphere permeated by the sounds of motors spinning and cameras zooming.

“[With this piece] we tried to move to a more perceptual ground,” Halpenny said. “Since we were working with neuroscientists, we wanted to make this about perception and cognition and consciousness.”

He based his ideas around the umwelt, a cognitive theory which states that consciousness is related to the environment.

“[We] wanted to see what would happen if we removed the environment from somebody,” Halpenny said.

By creating an environment of unknown variables and stimuli, Sensenet allows participants to explore a novel and disrupted state of perception, with the aim of synchronizing the group members’ individual senses into a unified perception.

Along with his colleagues, Halpenny combines biology, coding, and new technologies into each of his projects. With dynamic installations that illustrate the different interconnections of biology and technology, his work successfully bridges the gap between science and art.

Source: At the convergence of art and science, ecology becomes an experience | The McGill Tribune