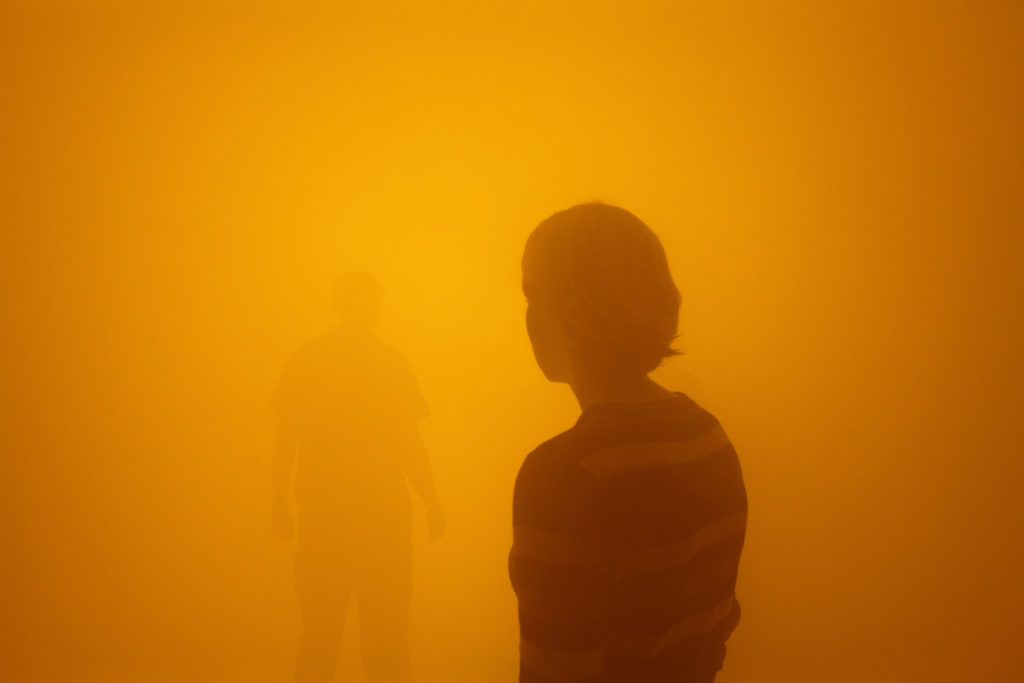 Remember around 10 years ago, when “curate” became the mot du jour, descending from the ivory tower of museums and white-cube galleries to describe everything from coffee carts to sneaker stores to nightclubs? Now there’s a new buzzword in town, and that word is “experience.”

But while a decade ago, commerce borrowed the language of art, the influence is no longer flowing in just one direction. The experience phenomenon first began to take hold in the marketing world around five years ago, as brick-and-mortar stores sought to find a way to attract young people who otherwise might do their shopping online. That desire to create something that can be felt, rather than purchased or passively observed, has since bubbled over into museums.

Consider Qatar’s new National Museum, due to open in Doha at the end of March, which has been billed as “a new immersive museum experience,” and its publicity materials describe “1.5 kilometers of experiences” (0.9 miles). In Paris, a digital art museum called the Atelier des Lumières offers multi-sensory “experiences” (read: projections) of artworks, and its recent exhibition on Gustav Klimt and Egon Schiele attracted some 1.2 million visitors in just nine months. And in Brooklyn, the experiential art collective teamLab is building a new, 55,000-square-foot “digital museum” that is expected to excite many a New Yorker when it opens this summer.

At the same time, the term “museum” has thoroughly saturated the marketing world, with museum-themed pop-ups dedicated to selfies, feelings, and pizza.

“There’s no doubt that we’re in a heightened moment of experience-based programming, in the landscape of museums and beyond,” explains Diane Jean-Mary, an associate director of strategy and innovation at marketing firm LaPlaca Cohen. “The experience economy is certainly part of the zeitgeist, perhaps because of the rise of the digitization of every aspect of our lives, and people are hungry for in-person, physical, human connection with each other and our shared world.”

The word “experience” has become so much a part of the contemporary lexicon that it has even has its own entry in Keywords for Today: A 21st Century Vocabulary, published by the Oxford University Press. The booktraces the etymology of the word to “experiment,” but notes that in the past half-century there has been a surge in its use in a commercial environment. 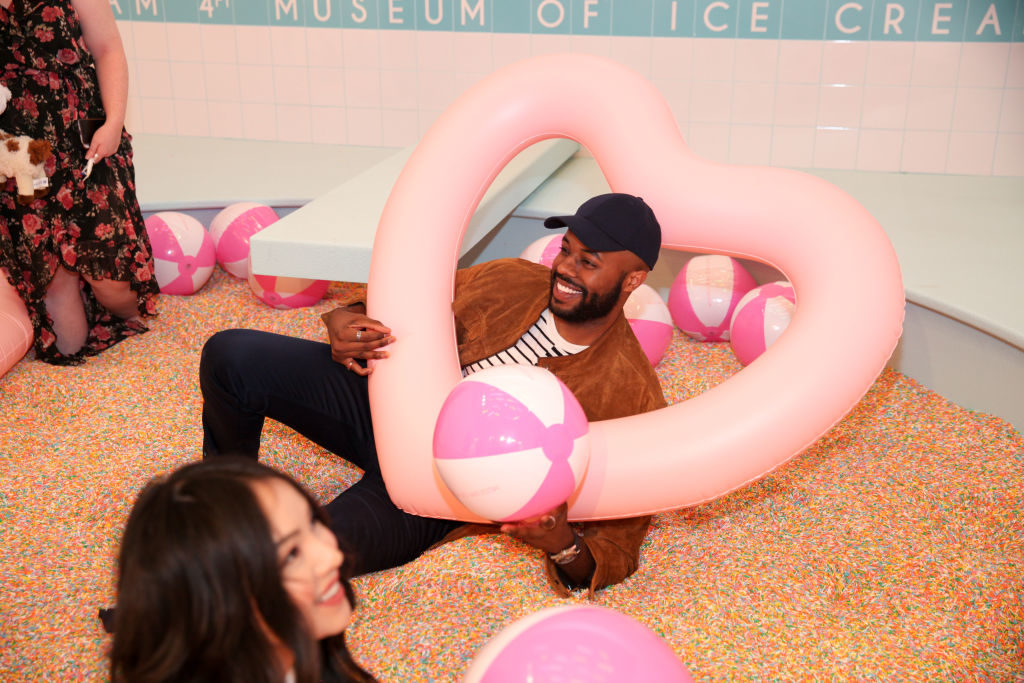 Of course, savvy marketers didn’t invent the immersive, three-dimensional aesthetic experience: artists did. Experiential art stretches back to the Happenings of the 1960s, when artists such as Yayoi Kusama and Allan Kaprow began creating in-person, difficult-to-commodify experiences that—ironically—were intended to thwart the market.

From MOIC to MOCA

The danger, of course, is that all this cross-pollination between the museum and marketing sectors will make the two increasingly difficult to distinguish. The customers of tomorrow, particularly for luxury brands, have an ever broader definition of culture, according to Culture Track’s research. In fact, respondents to its most recent survey said they were more loyal to restaurants, bars, and retail stores than they were to cultural organizations.

But there are opportunities for traditional cultural institutions in the experience economy, too. While traditionalists might balk at the very thought of museums morphing into millennial pink playgrounds like the Museum of Ice Cream (which even has its own arty acronym MOIC), in an age of declining public funding for museums, and at a time when donors want to see their philanthropy reach a broad and younger audience, institutions ignore the experience economy at their peril.

“Museums, just like brands, need to tighten their connections to their audiences and create compelling experiences that genuinely attract and hold the attention of today’s audience,” explains the author and cultural strategist András Szántó. “In this respect, they have lessons to learn from the commercial marketing world, just as that world has been immensely successful in adapting and adopting models from museum practice.” 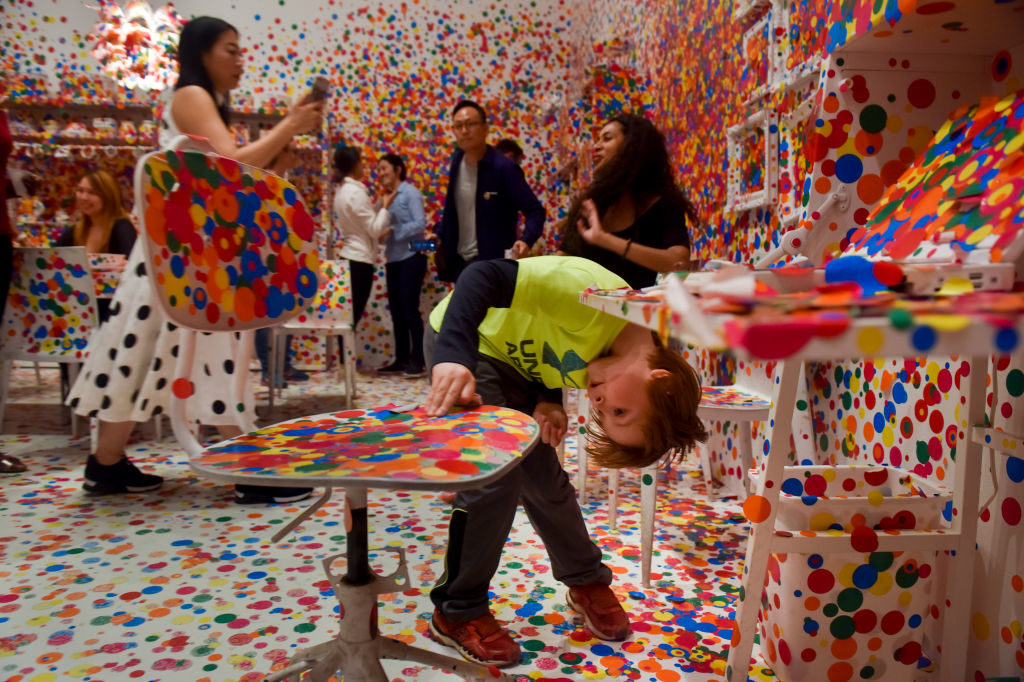 How Can Museums Leverage Fun?

So what does all this mean for the future of museums?

First, the trend could bring in new modes of exhibition underwriting. Brands—some of which used to support museum exhibitions—are pouring money into experiences. Sportswear company Reebok and cosmetics brand Revlon were among the many sponsors of last year’s iteration of 29Rooms, a series of Instagram-ready sets organized by Refinery29, and the Museum of Ice Cream has made deals with American Express, Target, and Sephora (including a limited edition makeup line).

It’s clear that there is already demand for these sorts of efforts inside museums and galleries, too, well before they became attached to the “experience” moniker. In 2003, the artist Olafur Eliasson transformed Tate Modern’s Turbine Hall with the immersive Weather Project. His monumental artificial sun, mist, and mirrored ceiling installation was a game changer for not just the Tate, but also for its peers. (Eliasson returns to the Tate Modern this summer for a hotly anticipated survey aptly titled “In Real Life,” which the museum promises will be filled with “captivating immersive installations,” including a tunnel of blinding fog and an installation that lets you walk into a rainbow.)

“Art, visual or otherwise, has always been bound up with the viewer’s experience and, in some ways, it is natural that installation and immersive art have become swept up in this #FOMO cultural shift,” Cliff Lauson, senior curator at the Hayward Gallery, tells artnet News. 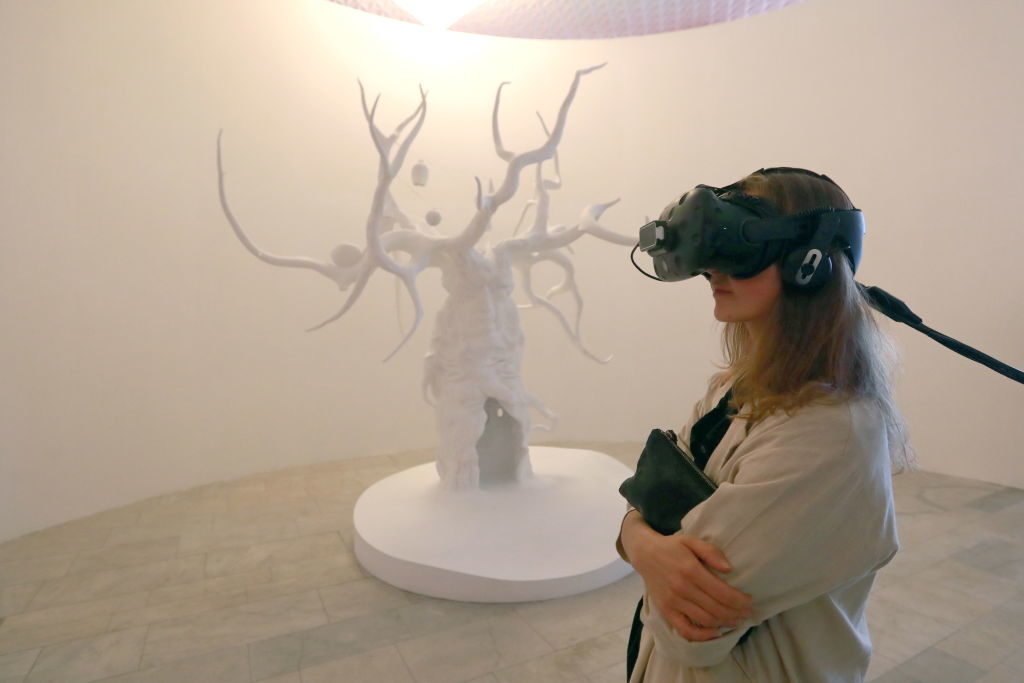 A woman in a VR headset at the 7th Moscow International Biennale of Contemporary Art, at the State Tretyakov Gallery. Photo by Sergei FadeichevTass via Getty Images.

But according to museum consultant Adrian Ellis, making a museum visit a compelling experience doesn’t just have to do with the art on show. Incorporating technology to give visitors a new way to engage with the displays is another way to play into the experience trend, though Ellis notes that this can be difficult to do in art museums, where “technology can easily distract” from the artist’s intentions.

That hasn’t stopped major institutions from trying, however. The Tate recreated Modigliani’s Paris studio in 1919 in virtual reality to offer a novel dimension to its Modigliani exhibition last year; “authentic” details included scattered sardine cans and cigarette packets. In San Francisco, visitors to the exhibition “René Magritte: The Fifth Season” at SFMOMA were directed into a final gallery where they could “enter and experience Magritte’s worlds and philosophies through six augmented reality interactions,” according to the museum. And over at the Dalí Museum in St. Petersburg, Florida, visitors are invited to interact with a digital AI version of the eccentric artist.

Improving “the overall experience of visitors, not just their experience of viewing art” is also important, Ellis notes. Influential factors include appealing architecture, appetizing food at the cafe, and ample opportunities to socialize. In a millennial-friendly move, during Eliasson’s Tate Modern retrospective, the artist’s studio will take over the museum’s Terrace bar, where it will serve vegetarian food for the duration of the show.

Of course, no one is suggesting that the Met trade in its Jackson Pollocks for a Museum of Ice Cream-style pool of sprinkles. “The main consideration for museums and galleries is at what point these creative and sometimes immersive experiences become too predominant, overtaking the artwork that underpins the experience in the first place,” Cliff Lauson notes.

Still, some fear the experience trend could have grave consequences. The Los Angeles Times Christopher Knight recently wrote: “Art museums have two audiences—one general, who may or may not have a genuine interest (there’s got to be someplace to take the in-laws over the holidays); the other a dedicated art audience, who range from passionate enthusiasts to committed professionals…. Lose the core and the museum is in trouble.” 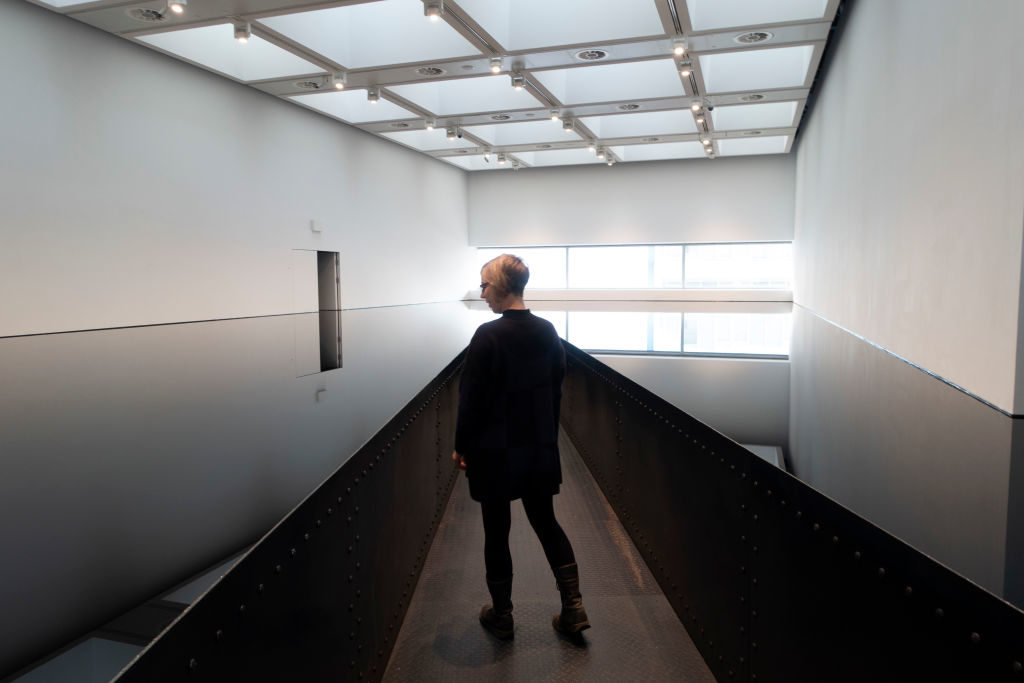 The Serpentine Gallery’s artistic director Hans Ulrich Obrist maintains that museums’ impulse to create experiences is a reflection of artists’ own interests. The gallery has recently helped bring VR dimensions to works by Christo, Zaha Hadid, and Marina Abramović; this summer, the gallery’s popular architectural pavilion will also have an AR component. Nevertheless, he says, it’s important “not just to use these technologies for entertainment, because that would not be relevant in a museum, but to actually explore their poetic and intercultural capacities.”

Above all, Obrist says, they key is moderation. He references the visionary architect Cedric Price’s design for a so-called “Fun Palace,” developed in the 1960s. “Cedric always pointed out that there has to be a fast lane and a slow lane, noisy areas and silent areas,” Obrist explains. “So creating extraordinary experiences is fine as long as this diversity does not decrease, and it does not create a monoculture within the organization.”

Looking backward, Culture Track’s Diane Jean-Mary maintains, is not an option. If “legacy cultural organizations” want to grow their audiences, they need to adapt and transform to meet their needs. “If arts organizations can leverage that new understanding in a way authentic to them and on-mission and without abandoning their core purpose,” she says, “all audiences benefit.”