Art you can touch, taste and hear in new Albright-Knox show 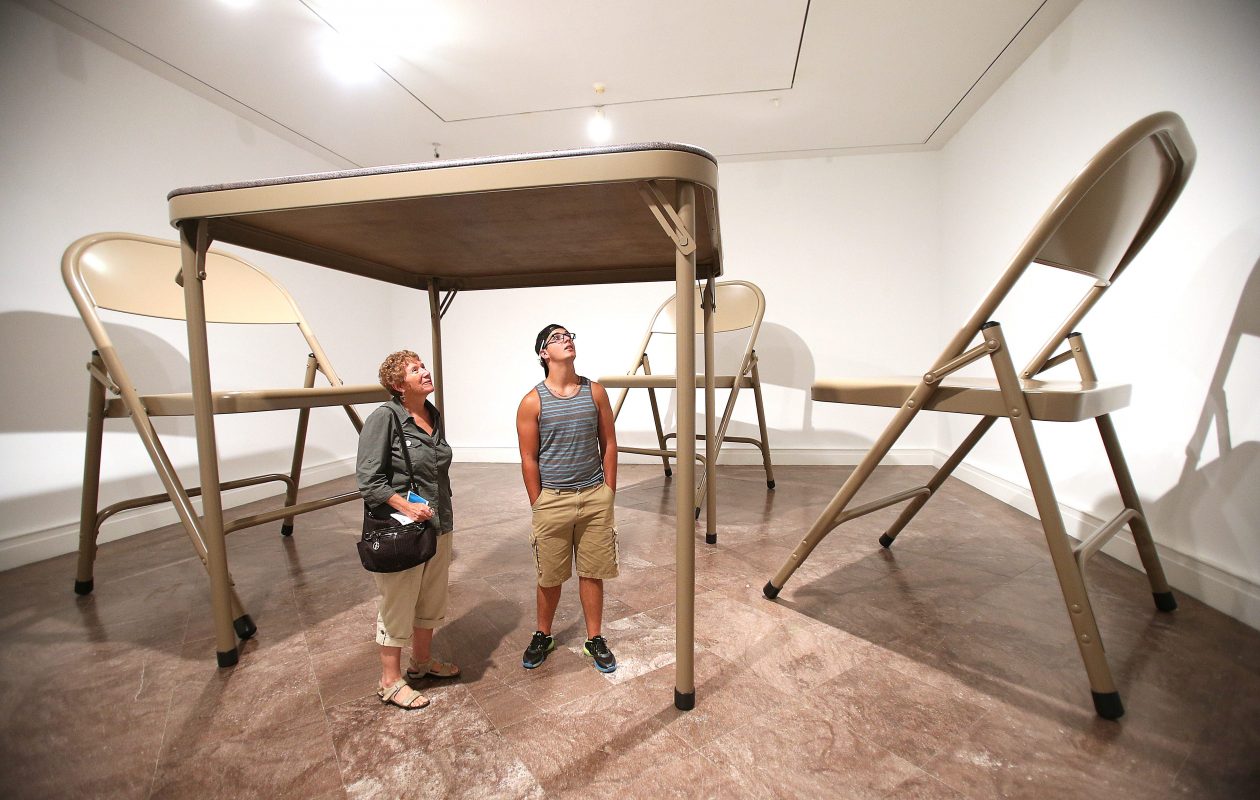 Visitors to the Albright-Knox Art Gallery’s new show will have a chance to do just that when its multi-sensory exhibition “Out of Sight! Art of the Senses,” opens on Nov. 4.

No, patrons will not be permitted to lick the Cylfford Stills and Giacommetis. Rather, they’ll be able to participate in an array of sensory art experiences like sipping Thai tea in a tent, or inhaling the smell of a giant ziggurat covered with fragrant beeswax.

The show, curated by gallery director Janne Siren along with chief curator Cathleen Chaffee and deputy director Joe Lin-Hill, is designed to expand ideas about what qualifies as art. Despite more than half a century of increasingly brazen efforts by artists and institutions to expand the popular conception of art, most still think of an artwork as one of two things: a painting or a sculpture.

“Throughout modernism, you’ve had artists that were steadily chipping away at that notion and attempting to expand the idea of what a work of art can be,” Chaffee said, noting that Seurat began painting on his own frames in the 19th century and later Brancusi created his own bases for his sculptures.

Source: Art you can touch, taste and hear in new Albright-Knox show – The Buffalo News