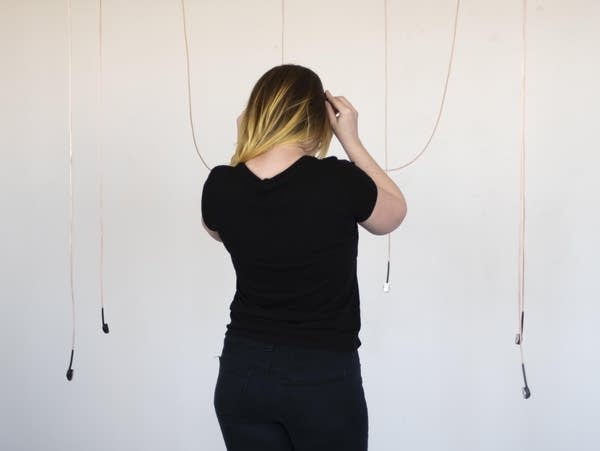 Artist and arts educator Meghan Duda is amazed by a new show at the Plains Art Museum in Fargo, N.D., called “The Other Four.” A typical art show is designed for the eyes; this one is comprised of works that engage the other senses: smell, taste, touch and hearing. Duda was particularly struck by how smells evoked memories, and how she left feeling her entire body had been invited to participate. The show runs through Nov. 30.

ELL teacher Mike Larson loves escape room games, so he’s really looking forward to seeing Walking Shadow’s latest play, “Cabal.” The play works similarly to an escape room game, except that actors accompany you on your journey, moving the mysterious story along while you solve a series of puzzles. Six to 10 people are admitted to each show so performances will sell out fast.

Performance artist and teacher Sandy Agustin is a big fan of the annual ArtCar Parade in Minneapolis. Each year artists use their two- and four-wheeled vehicles as canvases for their creative imaginings. Agustin says the results are pure joy. Imagine a “TOYota” covered in small toys, or a bike converted into a Viking ship. This Saturday marks the 25th ArtCar Parade. Vehicles gather at the Rose Garden at 5 p.m. and process around Lake Harriet at 6 p.m.

“I used to try to run five miles every other day, which I worked up to and I was doing it, but I was subjected to my own thoughts for forty minutes without any sensory input, and I couldn’t stand what I thought.”