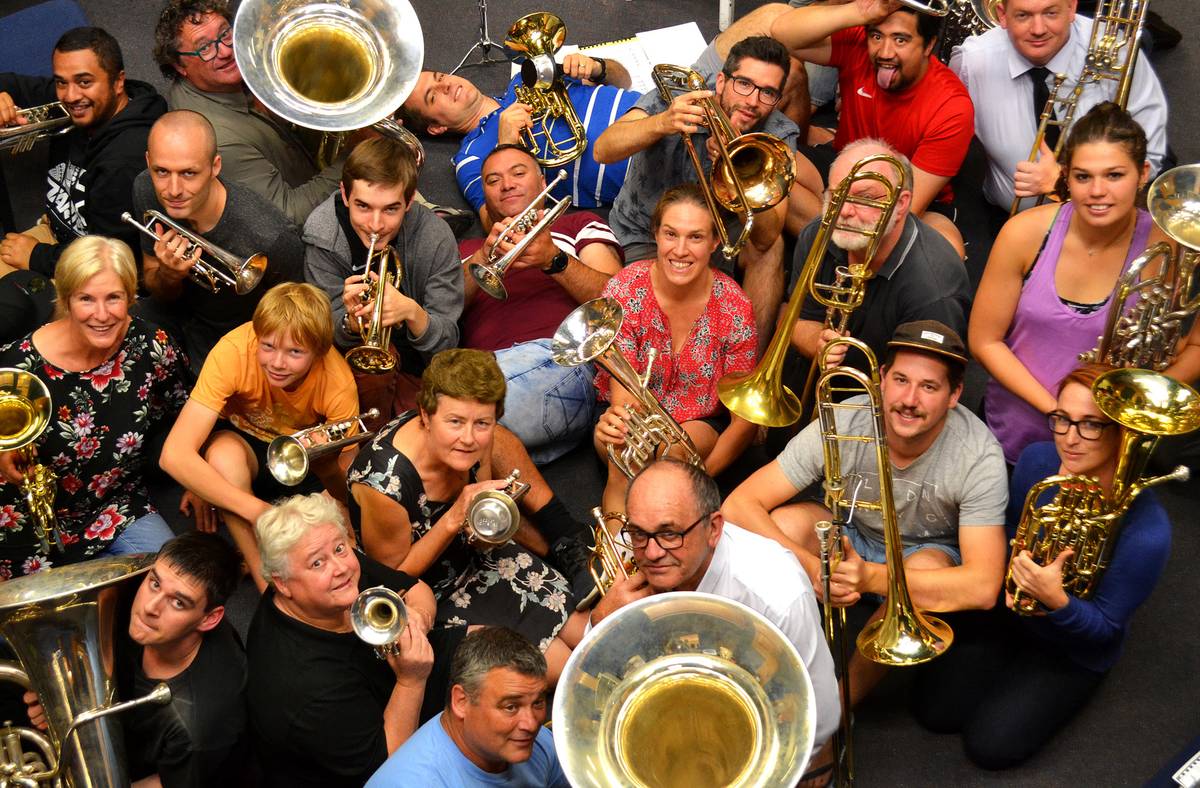 There’s a sensory sensation coming to the Royal Whanganui Opera House with music from Brass Whanganui and visual art from a selection of Whanganui artists.

Held over the last weekend of Artists Open Studios, it’s a performance with a difference.
Sound Canvas is music, visual art, movement and theatre, in which the audience and musicians will simultaneously occupy the Opera House stage.
“There are 120 seats each time and I’m putting 35 musicians on that stage as well,” says Brass Whanganui musical director Bruce Jellyman. “The curtains will be all up, back to the fire curtain and the wall.”

The audience arrives in the annex where they have afternoon tea before going out on to the stage.
“By the time the audience enters the stage area the music will already be happening and will run continuously. We also have the whole lighting canvas above us and a lot of light to play with, and we’re projecting images of art across to the fire curtain.”

The chairs on stage will not be in any particular arrangement.
“They’ll just be a bunch of chairs, and you can sit or stand, however you please. The aim is for the band to not necessarily be your visual focal point: I’d rather you paid attention to the art … and stuff is going to happen around you.”

The music begins with O Magnum Mysterium, a piece that will certainly evoke a certain mood, as it starts low and builds to a crescendo then fades again.

“There will be musicians playing around you, behind you, above you, and sometimes in the middle of the audience.
“You’re going to get a sense of what I hear when I listen to this band. I get the stereo feel.
“As the music is continuous I don’t know when you’re going to applaud. If you feel like applauding, just do it. There is no obvious space for you to do so.”

There will also be poetry recited, movement and theatrics — all performed by band members.
“Some of the spoken word is song lyrics of stuff we play.
“The music is everything from classical — Bolero, for example, and Mars from The Planets— to a lot of light music. Some of the music we’ve arranged ourselves, Hamish [Jellyman, Bruce’s son] and I, and Hamish has written a piece and this will be its premiere.

“This is something I’ve wanted to do for a very long time but there were a few factors we had to work out. One of the key things is that if we do this as part of Artists Open Studios then we have the visual art, which elevates the ‘artiness’ of what it is.”
While this is an Artists Open Studios collaborative event, it is a very different way to present art.
“The ending is quite spectacular,” says Bruce.