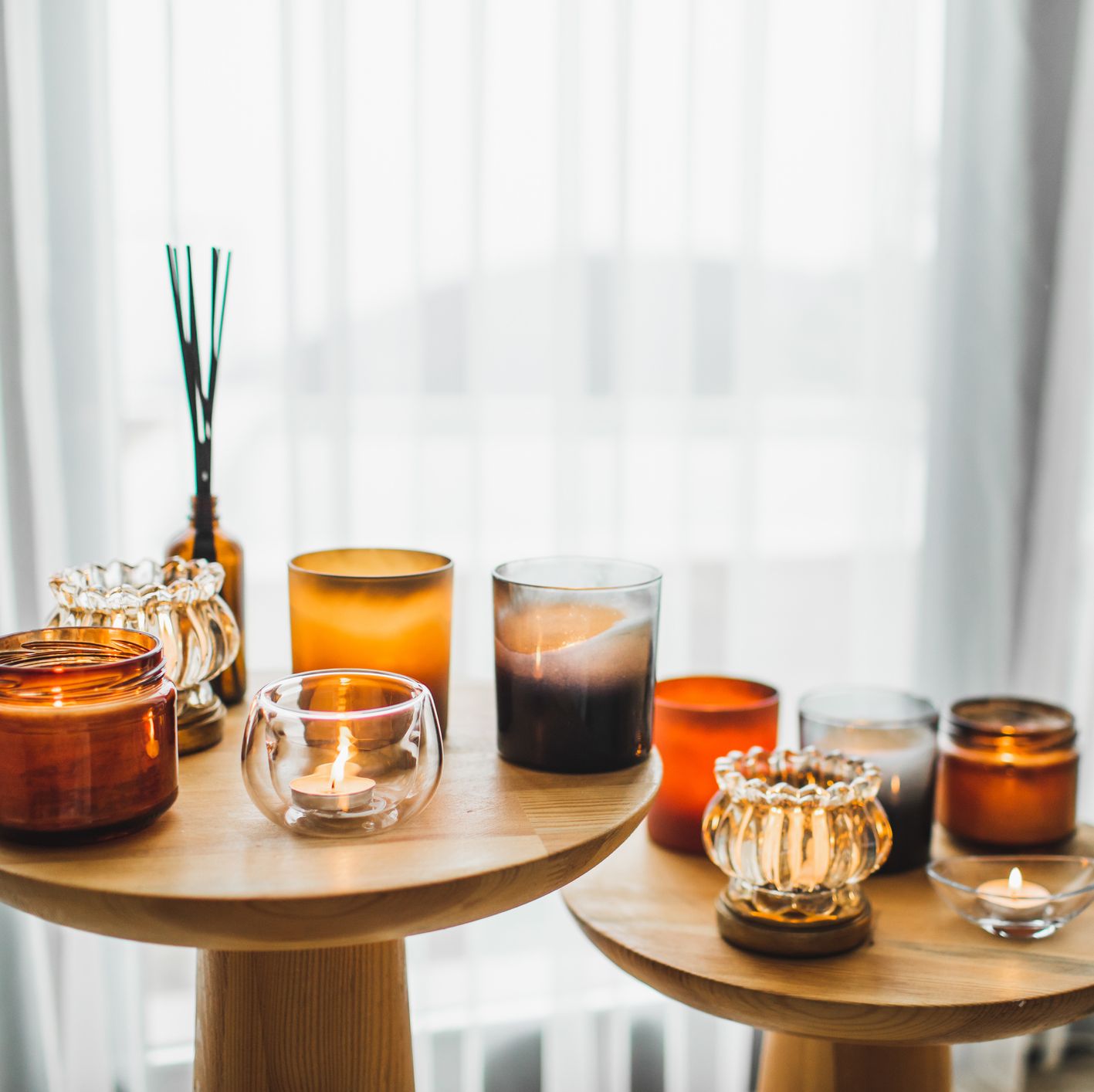 Are Candles Bad for Your Health? Experts Explain | Good Housekeeping

Nearly all of us have given more thought to the air we breathe in recent years, especially with the double-whammy of the coronavirus pandemic and an increase in wildfires spurred by climate change. “Paying attention to the air quality in your home is an important part of staying in good health,” says Daniel Croft M.D., M.P.H., an assistant professor of pulmonary and critical care medicine at University of Rochester Medical Center. Everything we inhale (both good and bad) can have an effect on our whole body so it makes sense to remove pathogens, smoke and harmful chemicals from the air in our homes. But could we be accidentally making indoor air pollution worse by burning candles? Are the vanilla, cinnamon and eucalyptus candles we love so much harming us? To find out if candles are actually bad for our health, we dove into the research and consulted with experts.

Let’s get straight to it: Are burning candles toxic to our health?

It’s complicated. “Potential concerns of burning candles in indoor spaces include inhalation of soot from candle smoke, volatile and semi-volatile organic compounds (VOCs) and particulate matter (PM),” says Meghan E. Rebuli, Ph.D., a respiratory toxicologist and assistant professor of pediatrics at the University of North Carolina at Chapel Hill. “A variety of studies that have studied burning candles in an indoor setting that mimics ‘normal’ household use have mostly found that the amount of soot, VOCs and PM produced are well below the threshold of concern, regardless of the type of candle burned. That being said, some types of candles may increase the amount of worrisome chemicals and particles in the indoor space, especially paraffin wax-based candles and fragranced candles, however levels are not likely of major concern.”

Are the potential health risks of burning candles?

Most research isn’t specific to candles, but according to Dr. Croft, research shows that inhaling PM over long periods of time is linked to asthma attacks, exacerbations of chronic obstructive pulmonary disease (COPD), increased risk of cardiac events as well as stroke and other neurologic conditions. “Sometimes you can see visible smoke or soot coming off of the candle so certainly there is some degree of particulate matter that’s released into the air,” says Dr. Croft. “I think the big question in the literature is, well, is it enough? Is there too much particulate matter? Is there enough to harm someone? I think the most important thing for consumers and people that are using candles to know is that in toxicology, the dose makes the poison. So, when you think about the emissions from a candle, the number of candles you’re lighting, the size of the candle, the duration that it’s burning, the size of the room — that would all matter in terms of what the exposure wo

So far, no studies have solidified the danger threshold and determined exactly how many candles in a room of a certain size without ventilation will cause harm. Until that happens, Dr. Croft says people must assess their environment and try to get a feel for what a candle adds to the environment and at what point it might be overpowering. “Ventilation is absolutely the most important factor when we think about indoor air quality,” says Dr. Croft. A 2021 study found that if you want to clear the carbon dioxide emitted by two candles in a room, it would require the same effort that it takes to clear the air of carbon dioxide breathed out by one 176-pound human. So, Dr. Croft points out, if you imagine what it’s like being in a stuffy room with too many people, proper ventilation is the answer for an excess number of people or candles.

Both doctors also note that individuals with asthma and allergies, as well as pregnant women, should pay closer attention to any and all potential air pollution exposures and do what they can to minimize them (like opening windows to create ventilation).

What about paraffin wax?

A 2021 study that looked at the emission of ultra-fine particles from five different types of pillar candles (including a paraffin or petroleum-based candle) over a six-hour period, “they noticed when the candles first started burning, it seemed like the emissions were higher and toward the end of the six-hour period it was relatively stable in terms of emissions,” says Dr. Croft. “Even though technically, I think the paraffin candle in that example had some of the higher particulate emissions, they all had a similar or relatively similar range.” However, he says, earlier research has suggested that paraffin candles may pose more risks so it’s reasonable if you choose to avoid them even if the final answer is unknown.

“We look at the release of fragrance compounds that are embedded into the products to provide scent and we look at how that release determines what kind of exposure consumers are going to have and from there, what kind of effects will they have on their health,” says Nikaeta Sadekar, Ph.D., D.A.B.T., a senior scientist at the Research Institute for Fragrance Materials (RFIM). “So from that perspective, there is no concern of any risk of harm from their exposures by burning candles.”

In fact, one often-cited study co-conducted by the RFIM measured the emissions of a scented paraffin candle in rooms of varying sizes over the course of four hours and found that some potentially harmful chemicals were emitted, but at levels that were less than half the limits set by the World Health Organization. “Under normal conditions of use scented candles do not pose known health risks to the consumer,” the study authors concluded.

The RFIM has even taken things a step farther and looked at a person’s exposure to fragrances throughout the day (via lotion, perfume, face cleanser, body wash, shampoos, hand sanitizer and more). “We calculate those consumer exposures — the aggregated is considering all the different kinds of products together — and so that includes candle use as well,” says Sadekar. “We know that combined, all of those exposures are still very low.”

That said, everyone’s experience with scent is unique. “Fragrances have a very intimate relationship, I think, with an individual because they help you form memories, they help you form routines, and if you’re using a scented product and you enjoy it, then it truly uplifts your mood,” says Sadekar. However, if a scent you perceive as unpleasant starts to overwhelm your sensory experience, it’s important to either remove yourself from the environment or ask if the scent can be removed or the room ventilated, advises Sadekar. “Anybody who doesn’t like loud music, if they choose to stay in that room for a long time, they may start to get a migraine and it’s similar to how you would experience a scent that you don’t enjoy,” she explains. “If you’re being exposed consistently over a period of time, then your body’s going to show a sign that you need to be away from this environment.”

Are candle wicks made of lead?

Not anymore. “In the past, wick type might also have been a concern, but currently in the United States wicks are not lead-based, reducing risk,” says Rebuli.

How to safely burn candles:

While candles seem to be relatively safe to burn according to typical usage, you can use these strategies to minimize potential harm.

“Studies are actively underway regarding the emissions from candles and trying to answer these important questions,” says Dr. Croft. “I don’t want anyone to think ‘Okay, well it’s settled, candles are safe.’ This is an active area of research and it’s an area that we all need to follow and while all the research develops, moderation is really key.”

Source: Are Candles Bad for Your Health? Experts Explain