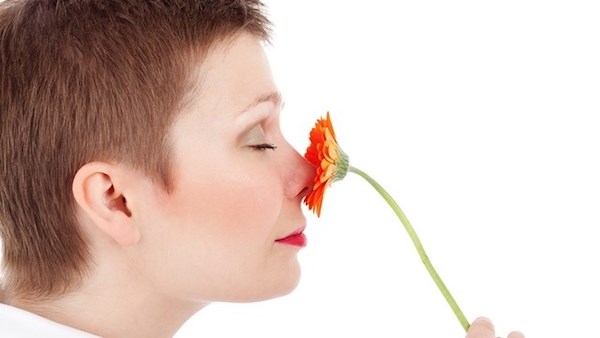 Appliance of Science: Do we have a poor sense of smell?

Do we have a poor sense of smell? Most of us would answer yes to this, we are all used to hearing that our sense of smell is one of our weakest senses and it is much less developed when compared to many other animals. But this is not actually the case. Our sense of smell is probably the most underrated of all the senses. So why all the bad press?

It was assumed that the amount of brain given over to processing smells in each animal correlated to the importance of smell to that animal and how accurate and precise that sense was. That theory prevailed for more than 100 years but now scientists are realising that this is not the case.

Studies over the last few decades are finding that humans hold their own when comparing sense of smell among species. We have even been shown to beat dogs in detecting certain smells; while dogs are very good at detecting fat based smells we surpass them when picking up certain plant based aromas.

Unique route to the brain

Compared with our other senses, our sense of smell follows a very different pathway to the brain. Smells are detected in the back of the nose by receptor cells that send signals directly to the olfactory bulb in the brain which is part of the limbic system. This system includes two important areas of the brain, the amygdala and the hippocampus, areas connected with our behaviour, mood and emotion, and long term memory. This connected network explains why smells can elicit such an emotional response in us as well as triggering strong memories.

It would appear that our sense of smell is very important to us, both physically and mentally and smell is very influential in our day to day lives. However, we tend to process smells in a very unconscious way, we are often not aware of the subtle smells we detect and the way in which they affect us.

It is thought that we can detect and discriminate between more than a trillion different odours, however we lack the language and the conscious recognition to describe many of these. Interestingly, if we compare this to our sense of sight, humans can discriminate a lot less colours than smells (up to 7.5 million).

When it comes to detecting odours from other humans our brains light up in even more ways, with activity detected in the social processing areas. Humans (like other animals) give off chemosignals (especially in our sweat). Through these chemosignals we can pick up on peoples emotional states, health and even their genetic compatibility without even realising what we are detecting. It seems our sense of smell can play a bigger part than sight when it comes to choosing a mate. Not bad for such an under-rated sense.

Source: Appliance of Science: Do we have a poor sense of smell?

Music is a safe kind of high