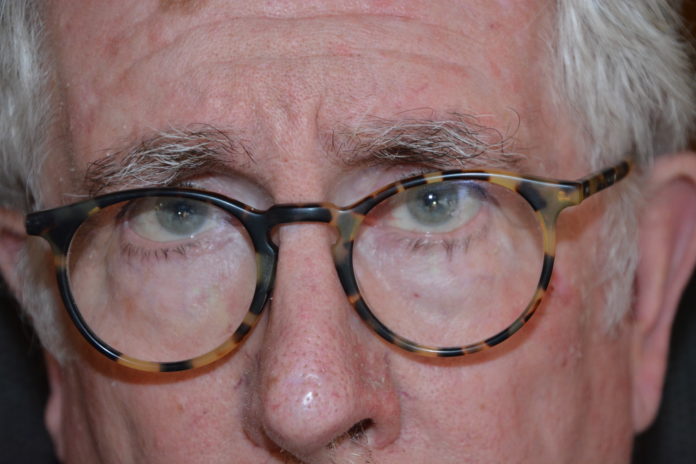 A word about noses | The Island Now

A word about noses
Noses have always been a maligned appendage. Cyrano De Bergerac suffered in shame and Jimmy Durante was often called The Schnoz.

I always thought my nose was just about right until one day a patient of mine told me “Boy, don’t we both have big noses.”
I had an unusually keen sense of smell as a child. I would sniff the pots that were just cleaned and rinsed by my mother because I could not tolerate the scent of dish soap on them.

She would shrug, grimace and then rinse them again, muttering to herself that she had a very strange child. I think I may have developed a hatred of the smell of soap because my father owned a factory in Long Island City which was located next to a soap factory and that smell was toxic.
When in graduate school I planned on doing my dissertation of olfaction but decided to stick to clinical work instead. I am not alone in my obsession with smell.

One of the most popular books of the 20th century was the German novel “Perfume: The story of a murderer” which sold over 20 million copies and was translated into 49 languages. You may have seen the movie. It was about a boy, Jean-Baptiste Grenouille, in 18th century Paris who had a keen sense of smell and could discern scents from long distances.

Unfortunately for him his nose got the best of him when he could not resist the smell of women.
Our olfactory sense is what produces sexual attraction. We pick up the scent of pheromones from the opposite sex and it impels us to get closer to each other. Kissing is probably more about smelling than it is about touching lips.

Of course, the human sense of smell is nothing compared to the nose of bloodhounds which are one hundred million times as sensitive.
Modernization divorces us from our bodies and turns us into quasi cyborgs as we drive cars and are flooded with information overload and the electronic world but basic senses like olfaction reconnect us with our bodies and with nature.
We all love the smell of perfume and we love flowers because they smell so pretty. Go smell the inside of an iris and tell me if you don’t see God.

Better yet, go stay at the Ville D’Este Hotel in Lake Como and walk around the grounds. They have bushes that give off such an exquisite aroma that you want to stay there forever.

That may be why George Clooney has a summer home there. Or if you don’t have a passport just fly out to The Lodge At Pebble Beach on the Monterey Peninsula and walk around at night. The air smells like burning wood from the fireplaces, jasmine from the trees and the sweet smell of the ocean breezes.

It’s kind of like you died and went to heaven. Granted it’s not cheap to stay at The Lodge but who said heaven was cheap. Children have less refined smells. I used to love the smell of the bubble gum that came with the baseball cards and they only cost 10 cents.
It can’t be that all smells are good but honestly, there is almost no smell that I don’t like. I like the smell of garlic, sauerkraut, wet wool, kerosene, cigars and even the smell of a skunk. About the only smell that I dislike was the smell of thalidomide when I dissected that green frog in a biology lab.
The ultimate treatment of smell was given to us by Proust in his opus “In Search of Lost Times.” The sense of smelling madeleine cookies and tea is the foundation of the book and one quote is, “smell and taste still remain for a long time, like souls, remembering, waiting, hoping.”
The church uses the smell of frankincense, myrrh, spices and cedar which they burn during mass. It is said to symbolize the prayers of the saints in heaven. I am not sure of that but the sentiment is grand.
A few filmmakers have explored the sense of smell. The award-winning film “Quest for Fire” by Jean-Jacques Annaud is about 80,000 BC Paleolithic Europe with a wonderful scene of a caveman craving the scent of the cavewoman who has just left him.

The last of the Jason Bourne films has a scene where one of the highly trained assassins smells the clothes of Jason Bourne so as to be able to hunt him down.
To bring this story full circle let me tell you of something that happened to me and how my sense of smell helped me.

My house was robbed about five years ago and after the detectives did their job I was left with the grim and surprisingly difficult task of re-establishing a sense of safety in my home as I entered it.

For years I would walk into my home and expect to find burglars prowling around inside as I turned on the kitchen lights. This was quite disconcerting and it went on month after month until I came upon a solution to my fear.

It dawned on me one night that if a burglar was inside the house he would most certainly be anxious and smell of sweat as he went about his business and so I took to taking a big whiff of air the moment I walked in and immediately realized that all was clean and all was clear.

Believe it or not that settled me down right away.
So you see our noses are very good things. If you want to find a little happiness and remind yourself what it feels like to be human just take a walk, smell the air, look at the sky and feel the grass under your feet. It won’t cost you a penny and I guarantee you will feel happier for it.

Source: Our Town: A word about noses – Blog – The Island Now