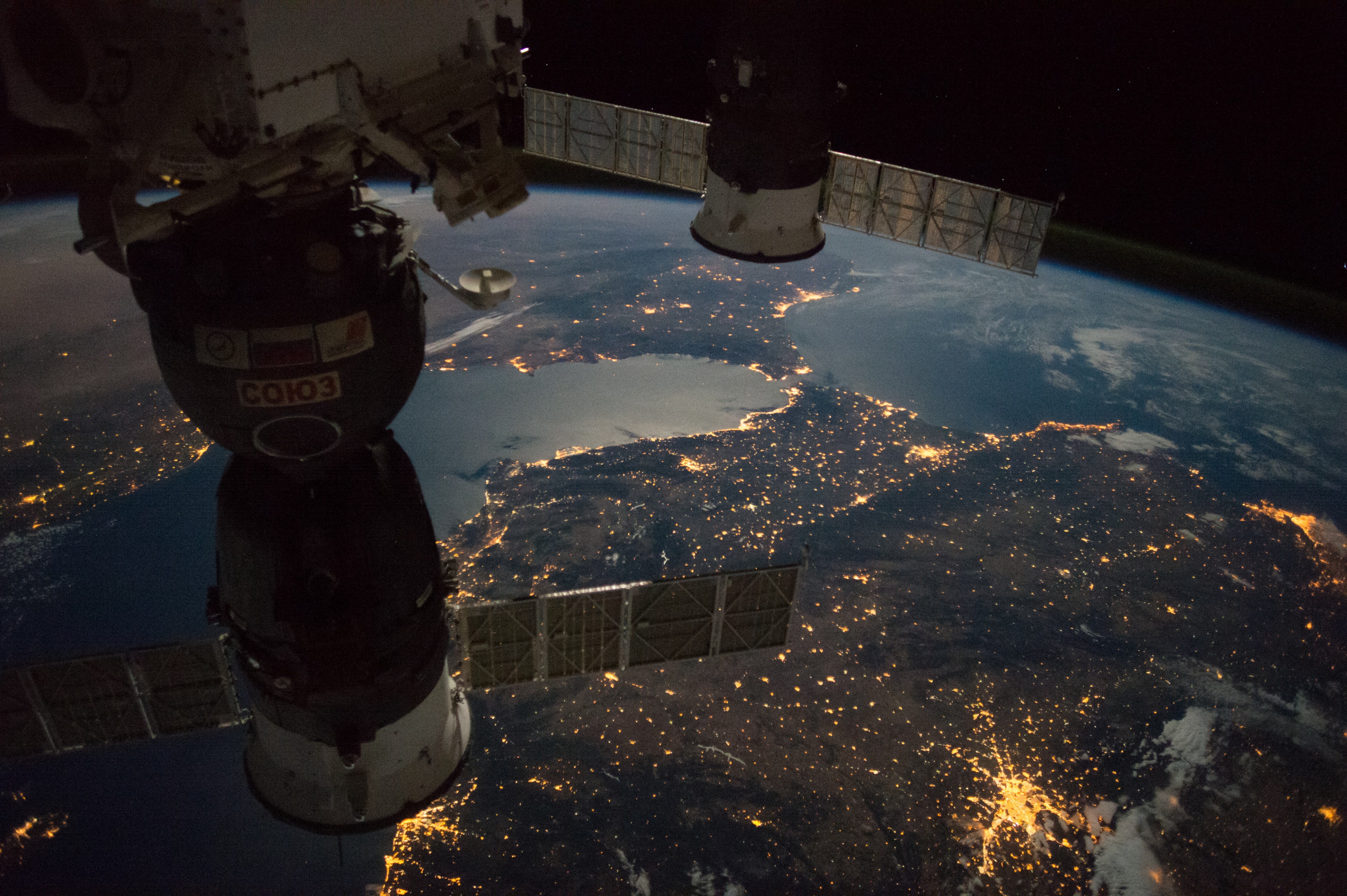 A VR View From Space Could Change the World – OneZero

It was my first space walk. I held onto the edge of the International Space Station and looked down at the Earth below me. It was breathtaking and beautiful. I felt an overwhelming sense of connection, and I began to cry.

This wasn’t a real trip to space — my motion sickness is far too bad for that, among other obstacles of going into orbit. Rather, it was a virtual reality trip to space called Home, created by VR studio REWIND and the BBC. It seemed wildly ambitious to try to recreate such a profoundly magical experience in VR, and yet I was undeniably moved.

A total of 565 people have seen the Earth from orbit, and each one has reported feeling intense emotions when they did. It has become known as the overview effect, a cognitive shift in awareness described by generations of astronauts as a life-changing experience, which results in a deep connection to Earth. Researchers want to help non-astronauts understand at least some of the awe and power it inspires, believing that it could change how we relate to the planet and how we treat it.

“When viewing Earth from space, astronauts talk about awe and wonder at both the beauty of Earth and the vastness of space stretching out in all directions,” says David Yaden, a researcher specializing in awe and the overview effect at the University of Pennsylvania.

The overview effect was coined by author and space philosopher Frank White in his 1987 book of the same name. Although it has affected astronauts in different ways, they are united in their descriptions of an extremely powerful encounter. “It’s hard to explain how amazing and magical this experience is,” says NASA shuttle astronaut Kathryn D. Sullivan, as quoted in On Orbit and Beyond. “First of all, there’s the astounding beauty and diversity of the planet itself, scrolling across your view at what appears to be a smooth, stately pace… I’m happy to report that no amount of prior study or training can fully prepare anybody for the awe and wonder this inspires.”

While the overview effect has been recounted by astronauts for decades and is the topic of documentaries, novels, and even an upcoming film festival, there’s been little research into how it works. Yaden explains we can learn from similar psychological constructs, like awe and self-transcendence. One 2015 study found that people were more likely to be generous and endorse ethical decisions after experiencing awe. This is attributed to the “small self,” a shift in perception that broadens your perspective to include entities vaster than you.

Researchers believe the overview effect works in a similar way. “There’s an identification with all of humanity and an impulse to do more to protect the Earth’s ecosystems and to raise awareness about the environment,” Yaden says.

This is evident in the way astronauts describe how Earth looks. “The Earth is like a vibrant living thing,” says Chinese astronaut Yang Liu, as quoted in Yaden’s research. “The vessels we’ve clearly seen on it looked like the blood and veins of human beings. I said to myself: This is the place we live. It’s really magical.”

Others speak about the realization that Earth is more peaceful when divisions are no longer visible. “You don’t see the barriers of color and religion and politics that divide this world,” recalled NASA astronaut Gene Cernan in White’s book. The potential for the overview effect to make us feel more connected to the Earth is important. “Many believe this shift in perspective could be the key to finding a solution to a lot of global challenges,” says Katerina Stepanova, a cognitive scientist and researcher specializing in using VR for transformative experiences at Simon Fraser University in British Columbia.

The overview effect is brought up regularly in relation to addressing environmental concerns, and a 2019 study also suggested it could help resolve disputes between divided communities. In a 2009 interview with NASA, Apollo 11 command module pilot Michael Collins said, “I really believe that if the political leaders of the world could see their planet from a distance of 100,000 miles, their outlook could be fundamentally changed.”

The problem is that of course we can’t all experience it; very few humans will be privileged enough to become astronauts or space tourists. Yet the more we discover about the benefits of the overview effect, the better we can replicate it. And one way to do that is with virtual reality. “VR as a medium is prime to explore the overview effect in space experiences,” says Nick Pittom, director of VR studio FirePanda, which helped to create the Apollo 11 VR experience. “I’ve experienced it in [the VR game] Titans of Space. The sense of scale being next to the sun as it expands in every direction is incredible.”

Advances in software development, screen technology, and headset design mean that high levels of immersion can be achieved in VR, which contributes to creating a sense of presence. “Presence is the feeling of being there, where you may know you’re in a VR experience, but your brain is fooled into genuinely thinking you’re there,” Pittom says. One 2016 study found presence to be vital in accessing reflexive, emotional responses from people in VR — the more presence, the more likely they respond as if it’s real.

Another consideration is the question of weightlessness. SpaceVR uses floatation tanks and there’s equipment in development that can replicate zero gravity. But these solutions may have the opposite effect. “It could significantly minimize the ability to provide the immersant with agency over the navigation through the virtual environment,” Stepanova says. A 2019 study found presence in VR was reduced if people lost a sense of agency or experienced physical impediments, so developers are going to great lengths to achieve a sense of authenticity.

“We conducted a lot of research into the effects and experiences of astronauts on the International Space Station, including the overview effect, so we could accurately recreate as many of those within the experience,” says Sol Rogers, CEO and founder of REWIND. As well as creating stunning visuals, REWIND focused on replicating sensory experiences. “We integrated Bluetooth heart rate monitors that feed back into the experience, recreating the sound of your heartbeat,” Rogers says. This added to the claustrophobia of the astronaut’s helmet ensures all the user hears is the sound of their body and the suit’s life support system.

The authenticity of the setup had a positive impact on me. But when dealing with the vastness of space, individual experiences could differ. “Each immersant brings in their own unique background of experiences and expectations, which play a major role in how they react to the experience,” Stepanova says.

More than 30 years after writing his book, White is now working on his own VR project. While commercial space flight may one day allow some people to experience it, he believes virtual reality holds much wider promise, becoming progressively more accessible, sophisticated, and immersive. “How do we bring the overview effect down to Earth?” he said in a recent interview with NASA. “If we want people to understand the overview effect in a way that will lead to changes in their behavior, we have to have them experience it.”

The result of collectively sharing this experience could be profound — something Stepanova describes as “the visceral experience of interconnectedness.” While many of us know that we need to do more about the climate crisis, for example, it’s not immediately real in an experiential or embodied sense, but that is something the overview effect could fulfill. “When we experientially connect with knowledge, it becomes an integral part of us, and we can no longer act in a way that contradicts this worldview.”

Source: A VR View From Space Could Change the World – OneZero 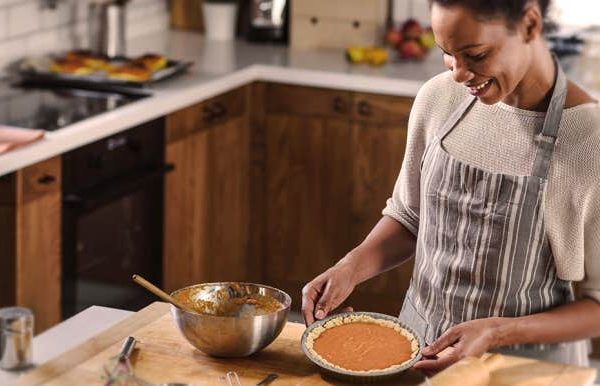 The Yummy-But-Weird Scent That Drives Guys Wild | Your Tango