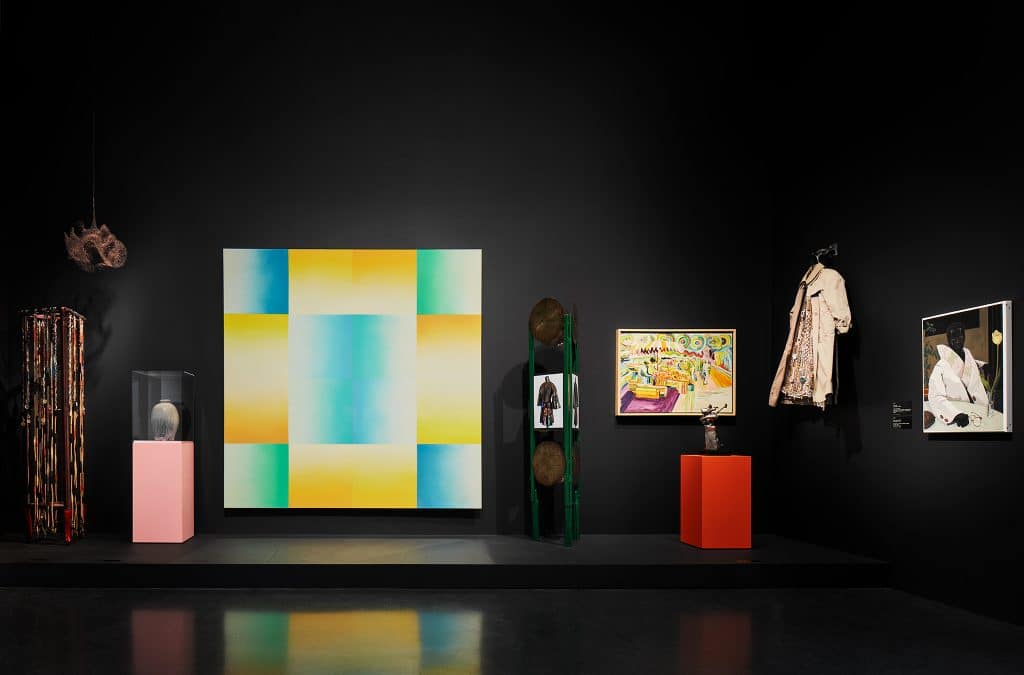 Nigerian-born British-based designer Duro Olowu brings his work, which combines art, fashion and culture, to the Museum of Contemporary Art Chicago. Based out of London and New York City, Olowu now takes on Chicago.

He is known internationally for womenswear that is characterized by motifs, distinctive fabrics and assemblage techniques. In “Seeing Chicago,” Olowu creates a self-portrait of Chicago via the art and artists that the city has invested in. Throughout the show, the inspiration of the city makes clear the internal dialogue of how the city has molded us.

Fixing Olowu’s curatorial eye on a foreign city may seem peculiar, yet his crosscultural background and design practice allow him a transcending perspective on a multicultural city like Chicago. “Seeing Chicago” integrates a multinational view, similar to Olowu’s designs, that take form in sculpture, imagery and film, disassembling the creations that take the stage on the runway. Each of these mediums represents the diverse nature of the fabric and the movement that his designs and curatorial vision manifest for the visual eye.

“Seeing Chicago” takes into account how we see, and allows us to understand how seeing manifests in our lives. Olowu silhouettes are heavily influenced by the process of observing his mother getting ready. He often combined traditional pieces with custom Nigerian designs juxtaposed with a European flair. The inspiration for the Nigerian designs comes from Olowu’s days in Lagos. The garments are oversized in nature and extended in length. His mother manifested elements of culture, socio-economics, and heritage that represent more than a fashion sense, but an understanding of the world around her and how that played into her identity.

The walls are adorned in pink and white paint, while a temporary metal wall takes on the resemblance of the French salon. The pieces, both sculptures and photographs are closely staggered among one another, entering each other’s spaces, telling a story with many narratives.

The composition of each gallery takes on a familial feel due to the close proximity of each piece and the intimacy of the walls that encapsulate the spectator. The layout forces the viewer to constantly move, exercising every sensory ability in the body. The overlapping of art and space create this collaboration of concepts between various artists and mediums that aren’t expected in a museum setting. The viewer’s existence becomes one of time and space formed by the objects around us.

Between the notion of seeing and how it plays a large role in how we go about our lives and the relationships we conceive, “Seeing Chicago” explores a subconscious realm of our everyday lives through how we manifest these emotions.

The spectator feels the vibrancy of the melting pot that is Chicago. In the first gallery, German photographer Wolfgang Tillmans’ “Rachel Auburn” (1995) appears in proximity to Salman Toor’s “The Bar on East 13th Street” (2019). Similar to the bustle of the city, we engage ourselves in the crowd of multicultural faces taking in emotions and noises.

Olowu’s curatorial approach makes us apply our perspective to multiple mediums, like outsider art, craft and fine art, all in a single space. He takes this integration of works one step further by bringing together local artists and foreign artists who share a major commonality: Chicago.

Although we are able to see the texture and question the gap between the social definitions of the fashion industry and the art world, Olowu invites us into the mind of Chicago. His international perspective takes on a metropolitan city and amplifies what Chicago has birthed, and what the definition of art has become in this windy city.

The last room is a black-staged space with a multitude of matte-black mannequins adorned in his designs. The body language of each mannequin creates a conversation between the fabrics and the body, from small hand gestures to various postures. The designs signify the epitome of the show. The integration of fabrics and colors, and the movement that they take on the mannequin, speaks to the collaboration that goes into each piece. While each figure is in a different position, they all face a wall adorned in an assemblage of art. The mannequins slowly integrate themselves into our world, influencing our perspective, the art and vice versa. The complexity of the exhibition asks the viewer: how do we see? What do we want to see? And furthermore, how does that sight influence us? (Caira Moreira-Brown)

Why does the lizard stick his tongue out? The lizard sticks its tongue out because that’s the way its listening and looking and tasting its environment. It’s its means of appreciating what’s in front of it.