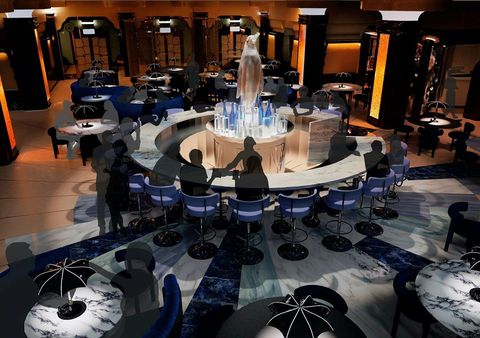 A Batman-Themed Restaurant Experience Is Coming To London | Delish

By msensory team17/02/2020No Comments
WONDERLAND RESTAURANTS LTD./FACEBOOK
If one Batman-themed bar or restaurant would be enough to draw you in, how does a whole experience with three bars and five restaurants sound? An immersive restaurant experience inspired by your favorite Gotham City heroes and villains is opening in London this year, so mentally prepare yourself.

Named after the part of Gotham where Bruce Wayne’s parents were killed, Park Row will take over an 18,000 square foot, 330-seat basement venue in Soho, according to Big Hospitality. The space will include areas like The Penguin’s Iceberg Lounge, which will serve international food and live entertainment; a Harley Quinn-inspired omakase restaurant; and a “villainous speakeasy” called Old Gotham City. You’ll also find British cuisine at Pennyworth’s, which is inspired by Wayne’s butler Alfred, of course.

The Monarch Theatre (yup, the name of the theater outside of which Wayne’s parents were killed) will cover all of your fine dining needs. It will serve a “multi-sensory tasting menu” and “use projection mapping technology said to explore the psychology of heroism through food.” Seems like a deep experience…but definitely on point for the universe.

You can expect to pay around $60 depending on which restaurant you select and about $150 if you dine at the Monarch Theatre.

The concept is being launched by Wonderland Restaurants, which is a newly formed group of restaurant industry specialists. No official opening date has been announced, but Park Row’s Instagram put the hashtags “#NewOpening #Spring” on each post of their Iceberg Lounge photo. Let’s hope that’s the case!

Source: A Batman-Themed Restaurant Experience Is Coming To London