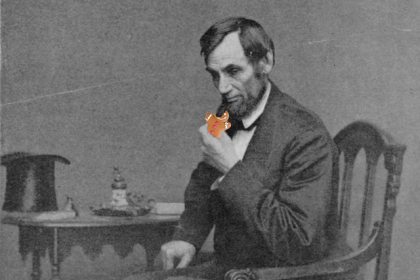 Honest Abe was born 210 years ago today, so we’ve gathered some menu options for a Lincoln-approved birthday buffet. Enjoy.

According to the 16th president’s last bodyguard, Colonel William H. Crook, “Mr. and Mrs. Lincoln breakfasted at nine. Mr. Lincoln was a hearty eater. He never lost his taste for the things a growing farmer’s boy would like. He was particularly fond of bacon.”

It’s worth noting that in the mid-1800s, bacon had a slightly different meaning. Today, this breakfast food’s defined as “cured meat taken from the side or belly of a pig.” But, back then, any slice of pork that had been salted and cured qualified as proper bacon.

“Mrs. Lincoln always had a sufficiency of this fruit chosen carefully and ready at hand,” Crook writes in Memories of the White House (1911). The health-conscious statesman considered these a dietary staple. “Apples,” he said, “agree with me … a large per cent of professional men abuse their stomachs by imprudence in drinking and eating, and in that way health is injured and life is shortened.”

Much as he liked nutritious snacks, Lincoln wasn’t above the occasional cheat day. Abe often bragged that he could devour tasty corn cakes “as fast as two women could make them.”

Along with his remarks at Gettysburg, Lincoln’s second inaugural address has become one of the man’s most iconic speeches. Yet, the after-party was a bit of a disaster. At his White House’s celebratory ball, Lincoln threw a banquet complete with one of his favorite foods, oysters, in both stew and pickled form. Unfortunately, the guests soon learned that there wasn’t quite enough grub to go around. Like frenzied, well-dressed locusts, hungry visitors started swarming the buffet line, spilling countless entrees en route. As the Washington Evening Star reported, “The floor of the supper room was soon sticky, pasty and oily with wasted confections, mashed cake and debris of foul [sic] and meat.” Yum!

While debating Stephen A. Douglas, Lincoln amused their audience with a childhood story about his mother’s gingerbread men. One day, the senatorial candidate recalled, she’d baked three for him. After carrying the treats outside, he spotted a friend who hailed from a much poorer family.

“Abe,” his young associate said, “gimme a man.” He did so, but before Lincoln could even finish his first, the boy blurted, “Abe, gimme that other’n.” Reluctantly, he handed it over, quipping, “You seem to like gingerbread men.” “Abe,” his pal sighed, “I don’t s’pose anybody on earth likes gingerbread better’n I do—and gets less’n I do …” 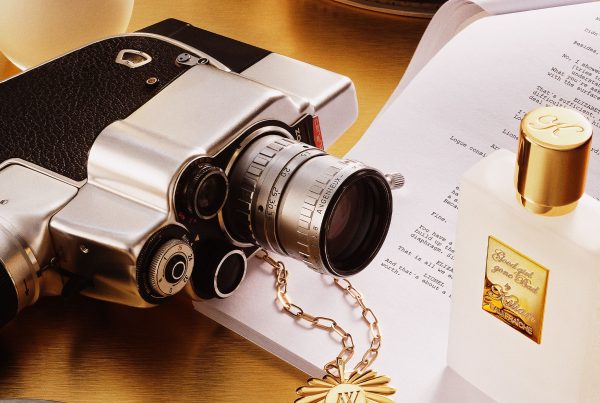