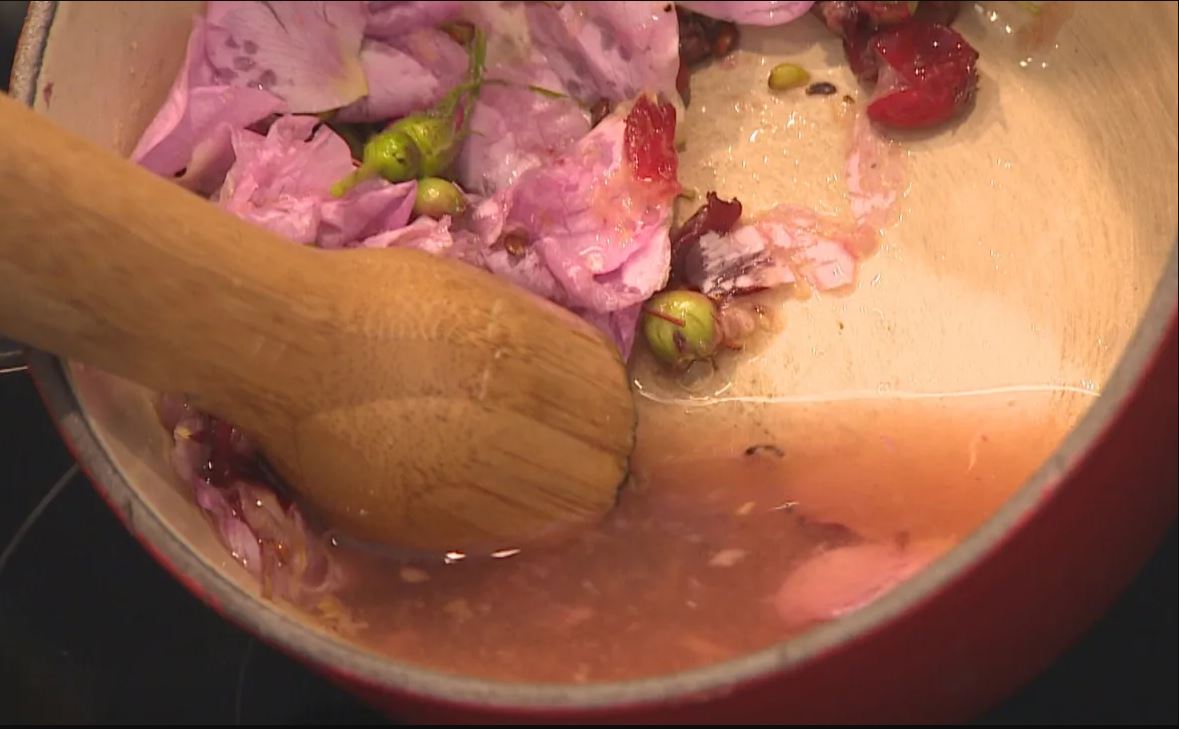 Alcock boils out the berries and flowers she picked and strains the water before she adds in a mordant to enhance the ink’s colour. (Curtis Hicks/CBC)

Painters use many different materials to create their art — like oil, acrylics and watercolour — but St. John’s artist Lindsay Alcock chooses plants and berries instead.

Alcock makes her own botanical inks for the paintings she creates under the name Old Trout Studio.

She sees it as experimenting with what nature has to offer.

“I’m looking at everything in a bit of a different way than I used to,” said Alcock.

“This is my favourite place in the whole world, Newfoundland is. And so, you walk it, you hike it, you smell it.”

She turns those sights and smells into inks that resemble watercolours through a process of boiling flower petals and berries and mixing them with a mordant, a substance used to enhance the colour. 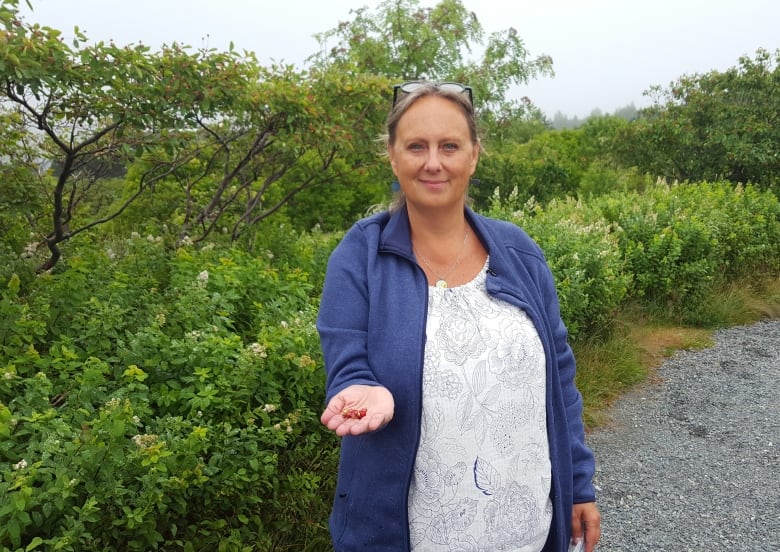 Alcock started experimenting with the technique during the COVID-19 pandemic. She said she began exploring St. John’s on foot more often, and began to see her surroundings in a different light.

For this artist, flowers and berries become her inks

St. John’s artist Lindsay Alcock shows how she harvests materials for her palette in the outdoors 2:41

“Anywhere that I see colour, I’ll just try it and see if it works, and sometimes it’s a great success. Other times it’s absolutely horrible and the whole thing goes in the garbage,” she laughed.

The trick, Alcock said, is not to judge a book by its cover — petals will often turn a different colour when boiled out. A bright purple flower could appear green on paper.

While on her forays, Alcock rubs the petals in the palm of her hand or in a tissue to see how a petal might look once made into botanical ink.

The colour also depends on the mordant Alcock uses. Alum, which is also used for pickling and canning, acts “like fireworks” and brightens the colours.

“[It] usually gives you something completely different than you had before. It’s just magical to watch,” said Alcock.

When Alcock uses vinegar with rusty nails in it, the colours turn darker and “more earthy”.

Then, Alcock adds some honey to make the ink thicker before her favourite part of the process begins — seeing how the flowers she picked look on paper.

The paintings Alcock creates with her botanical ink are abstract. Sometimes they will show a landscape, other times animals or urban scenes, but they all have one thing in common — they transform with time.

“It will fade over time. It will change colour a little bit if it’s in direct sunlight,” she said. 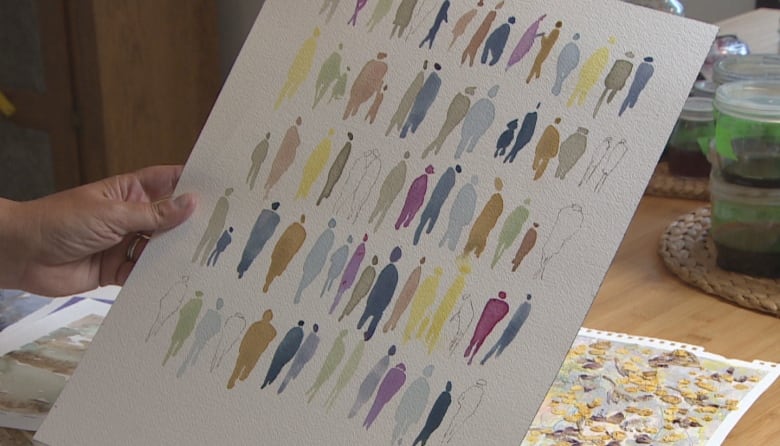