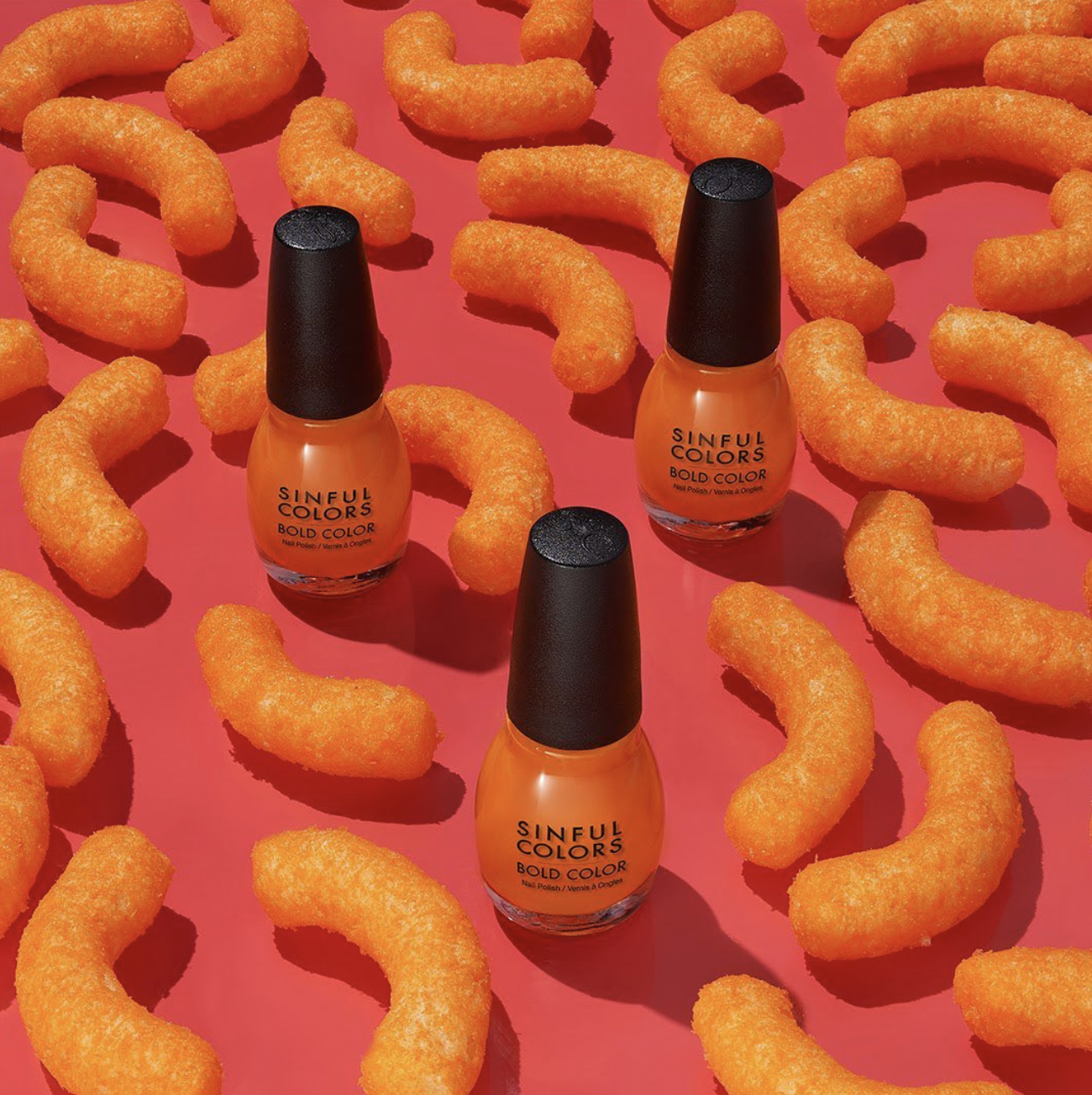 You Can Buy Nail Polish That Smells Like Cheese Puffs, Pizza, And Tacos | Delish

By msensory team15/07/2020No Comments
SINFULCOLORS
What if you could binge eat all of your favorite snacks without any of the guilt? Instead of cracking open a bag of Cheetos in the middle of the night, you can now crack open a bottle of nail polish and recreate your favorite sweet and salty snacks as a (scented) manicure.

Now available at Walmart, the new new Sweet & Salty Collection from SinfulColors fronted by singer Bebe Rexha includes not one but six nail polishes which pay homage to some of our favorite snack foods. In the sweet department, the flavors include: Chocolate Cake, Cookies and Cream, and Donut Even. The salty selections come in Cheese Puff, Pizza Party, and Taco Tuesday.

Each of these foodie-inspired polishes contains some pretty realistic details to recreate the look and feel of real snacks. The Cheese Puff color sports a saturated neon orange hue with a crumbled texture, while Donut Even has glitter that looks just like rainbow sprinkles. Each of these realistic polishes is also scented. One commenter who tried the donut polish reported that it “smells so good!”

These aren’t the first polishes to recreate snack foods. Earlier this year, we spotted Peeps nail polish ahead of Easter. The 5-color set of scented polishes came in an assortment of marshmallow cream flavors: cotton candy, green apple, grape, vanilla, and strawberry.

If you dial the clock further back to 2016, KFC released two edible “Finger Lickin’ Good” polishes. In case you were wondering, I can confirm they even tasted like chicken.

Source: You Can Buy Nail Polish That Smells Like Cheese Puffs, Pizza, And Tacos