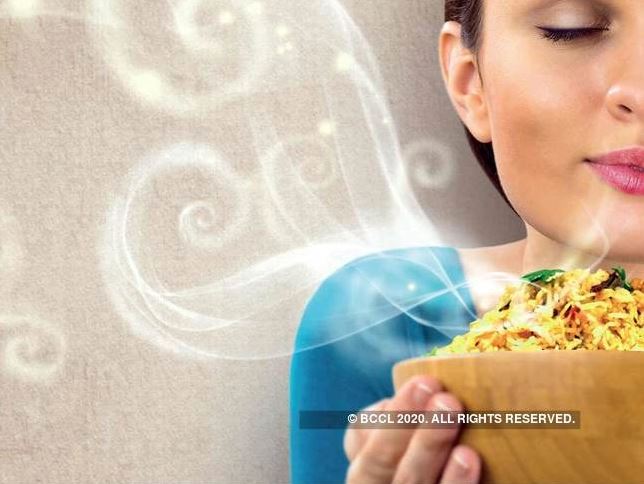 World of odour: How the sense of smell is a constant dimension to our world | The Economic Times

Historical evidence of the importance of smell can be found in all cultures, but India provides particularly rich examples.

Covid-19 has made people aware about anosmia. Lack of a sense of smell, an early symptom of the virus, has never been taken as seriously as being blind or deaf. We tend to minimise the importance of our sense of smell, seeing it as animal-like, embarrassing and ultimately unimportant.

Yet losing it is devastating. It is a sensory double blow since the depth and detail in our sense of taste actually comes from smell, with aromatic flavours rising through the back of our mouths to olfactory receptors in our noses. Unlike closing our eyes, we rarely stop smelling so it is a constant dimension to our world, whose value we don’t appreciate until it is gone. Smell and memory seem closely linked, which could be why anosmia can lead to mental issues.

Michael Hutchence, the lead singer of INXS, suffered anosmia following a brain injury, and it may have triggered the depression that led to his suicide. 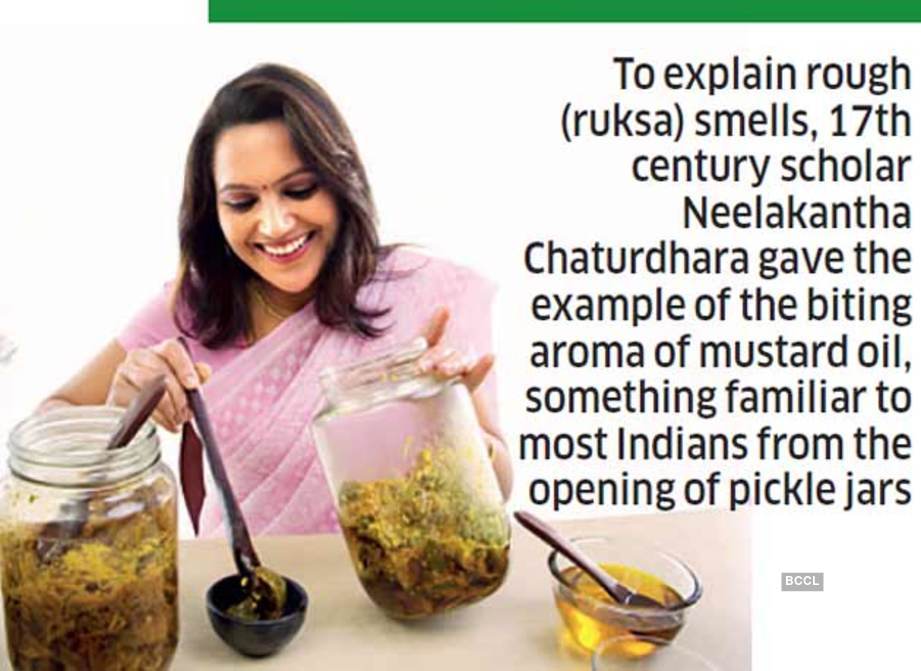 Historical evidence of the importance of smell can be found in all cultures, but India provides particularly rich examples. James McHugh’s fascinating book ‘Sandalwood and Carrion’ examines the world of smell in Sanskrit texts. Some stories are well known, like that of Satyavati, the fisherman’s daughter, whose strong smell of fish was removed by the sage Parashara, who gave her a son, Vyasa, the compiler of the Mahabharata.

From being Matsyagandha, smelling of fish, she became Gandhavati, the fragrant one.

McHugh notes that a dialogue in the Shantiparva chapter of the Mahabharata may be one of the world’s oldest taxonomies of smells. As Bhishma lies dying, among the wisdom he imparts to Yudhishthira is a dialogue between the rishis Bhrigu and Bharadvaja about how odours are an essential aspect of the earth and are of nine types: “desired and undesired odour, sweet and pungent, diffusive, compact, smooth, rough, and pure. 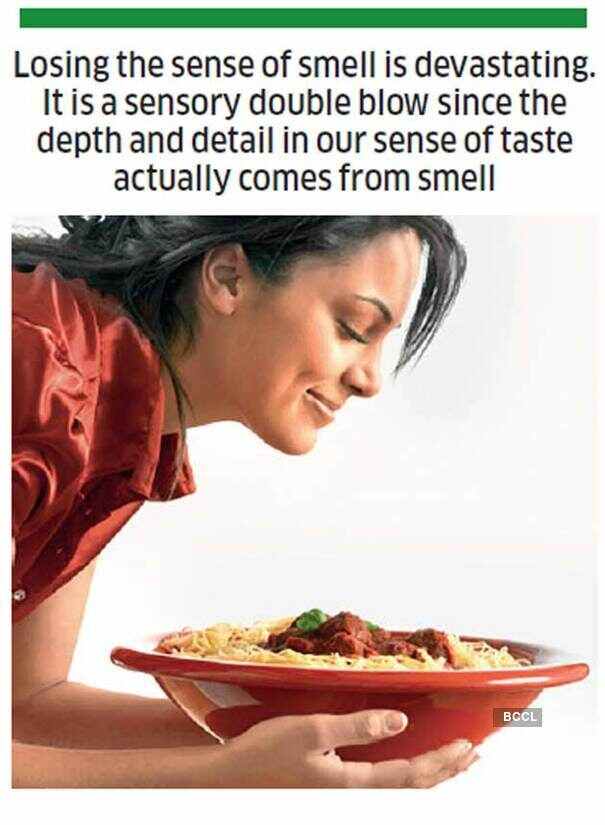 Most of the smells that McHugh explores comes from flowers or incense, or animals like cows and elephants. But to illuminate this passage he quotes the 17th century scholar Neelakantha Chaturdhara whose commentary, while coming centuries after the original verses were composed, used food references so intrinsic to India that they would have been understood as well then as they are today. To explain rough (ruksa) smells, he gives the example of the biting aroma of mustard oil, something familiar to most Indians from the opening of pickle jars.

The opposing smooth (snigdha) smell is also well illustrated, with the aroma of “recently heated ghee”. McHugh notes the special appeal of this in India: “this Sanskrit term has the positive and pleasant connotations of an English term such as ‘buttery’, which, unfortunately, is too narrow to use.”
For the last aroma, visada, meaning ‘pure’ or ‘clean’, Neelakantha uses the odour of boiled rice. Again, Indians can easily understand this, most vividly with basmati, but with really the smell of any kind of rice being cooked. 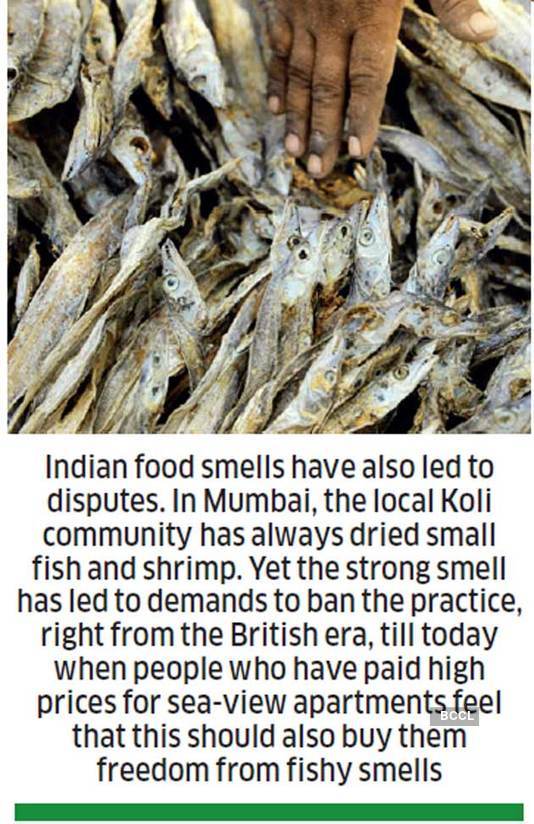 How closely aroma and eating has been linked in India is shown by the curious history of the Tagore family. In Krishna Kripalani’s biography of Rabindranath Tagore, he recounts what was evidently family folklore.

It goes back to the 13th century when a Bengali Brahmin converted to Islam, becoming Pir Ali Khan and the right-hand man of the Muslim ruler of Jessore. He employed two Brahmin brothers, Kamadev and Jayadev, ancestors of the Tagores. During Ramzan one day Kamadev saw him smell a lemon and joked that, as per custom, smelling was half eating so Pir Ali had broken his Ramzan fast.

A few days later, Pir Ali invited the brothers to a concert. In the next room he had a feast laid out, including food made of beef.

And when Kamadev and Jayadev smelled the food he joked that by inhaling the aroma of beef they had as good as eaten it, and hence had lost caste. The brothers fled, but their reputation was damaged, with ultraorthodox Hindus calling them Pirali Brahmins and ostracising the clan. But ultimately this worked in their favour, allowing the Tagores to innovate in how they lived and worked, embracing the entrepreneurial side that brought them immense wealth.

The story has some plausibility because, as much as they are enjoyed, Indian food smells have also led to disputes. Ingredients like onion and garlic are abhorred by many because of their smell, while fish is a problem in Mumbai. The local Koli community has always dried small fish and shrimp, particularly for use during the monsoon when fishing stops. Yet the strong smell has led to demands to ban the practice, right from the British era, when it was felt that bad smells spread diseases, till today when people who have paid high prices for sea-view apartments feel that this should also buy them freedom from fishy smells. One result is that dried fish dishes, so integral to Mumbai’s culinary history, are being cooked far less these days.

Such disputes have become acute abroad, where Indians are in the minority.

Landlords in the UK have tried to refuse Indian tenants, on the grounds that they leave apartments smelling of stale curry smells that are hard to remove. There’s some truth in the fact that Indian cooking methods, like frying spices in tadka or using pressure cookers that jet out aromas, combine with the closed windows of cold climates and aroma-absorbing woollen fabrics to create a lingering problem.

But an undercurrent of racism is often perceived, as when a Chinese family who had recently come to Singapore objected to the smell of their Indian neighbours’ cooking.

They took the dispute to a community arbitrator, which led to the Indian family agreeing to cook only when the Chinese had left home. When this news broke, in 2011, it led to an outpouring of support for Indians, and the creation of a campaign, “Cook and Share a Pot of Curry”, to get everyone, particularly immigrants, to appreciate how delicious and intrinsic Indian food was to Singapore. It is not an outcome that anosmia would have made possible, and a reason to remember the harm that Covid can cause, by removing all the power and pleasure of Indian food smells.

Source: World of odour: How the sense of smell is a constant dimension to our world – The Economic Times