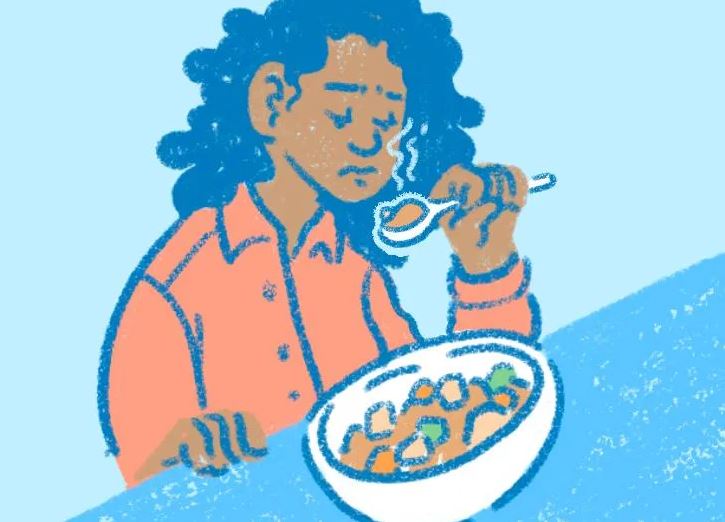 Will ‘Taste Memory’ Change the Way We Eat Post-Pandemic? | Yahoo

In March 2020, I was riding the high of Alison Roman’s infamous recipe for ‘The Stew,’ along with some spicy barbecue cheese puffs imported from my midwestern hometown. With horrible timing, the COVID-19 pandemic steamrolled into New York City, and I found myself hoarding frozen Tupperwares of said stew, making it again and again, a few times with nearly rotten kale I didn’t want to waste and, on one unfortunate occasion, mizuna (which, if you haven’t tried, is delicate like lettuce and will wilt into a bitter, stringy mess in hot soup).

Fast forward 14 months and I don’t think I can ever make that recipe again. It’s as though my brain has permanently linked the emotion of the early scared-to-go-outside pandemic days with the taste of these foods. Oh, you thought that was delicious! It’s poison.

As it turns out, that’s exactly what my brain has done—and probably yours too (maybe not with ‘The Stew,’ but hey, it’s possible). It’s taste memory. If you’ve ever gotten sick after eating a favorite meal and still, years later, can’t stomach the thought of it, you’ve experienced what I’m talking about. (RIP, Honey BBQ Fritos.)

Just like the way a whiff of a stranger’s cologne can conjure strong memories of an ex you left in the dust, or the way you associate “Wonderwall” with bad middle school dances, food and taste can be strongly associated with memory. Unlike olfactory memory (smell) or echoic memory (sound), there’s no scientific term for taste memory, but it’s a real and researched phenomenon.

Some scientists think the link between food and memory originates from survival tactics—many thanks to our cavemen forebears. Kathleen Chambers, PhD, calls it conditioned taste aversion—“a learned association between the taste of a particular food and illness such that the food is considered to be the cause of the illness.” Our foraging ancestors ate a poisonous berry, got sick and knew to never eat that berry again. It’s March 2020, people are dying from a novel virus that may have lingering, debilitating effects; the economy is in shambles and the government is…no comment; and I’m holed up in my apartment, trying to cope with a popular turmeric-laced stew that’s easy to make and tastes like a bit of normalcy.

But it’s not *all* negative, and I’m not a scientist, so bear with me while I try to explain a complex biological process. According to neuroanthropologist John S. Allen, sweet foods in particular are notorious for having positive memories associated with them, partly because they stimulate the dopamine-releasing reward centers of the brain, and partly because that dopamine (a neurotransmitter), on its merry way to regulate your heart rate, kidney function and the like, happens to trigger the hippocampus in its pathway. Among its other functions, the hippocampus is crucial for long-term memory formation, like the pivotal moments we weave into our internal autobiographies. Another 2014 study found a direct link between the hippocampus and the amygdala, which is important for both emotion and smell. (And smell is inextricably linked to taste.)

So, while you sip fountain Coke in a dark movie theater at age 11, your brain is spouting out dopamine and your hippocampus gets to work turning that moment into a long-term memory while also encoding the emotional context of the moment, processed by your amygdala. And now, when you take a sip of fountain Coke, you unlock a hidden part of your past, forever and ever, amen.

All that to say, our brains are hardwired to evoke strong emotional responses tied to certain tastes, times and places. The vanilla cake with chocolate frosting your mom baked you for every birthday gives you a feel-good wave of nostalgia because of your unique brain chemistry. Unfortunately, the same goes for the foods we associate with negative emotional experiences like fear, anxiety, illness… a global pandemic.

If my humble prediction is correct, the taste memories we’ve formed in the last 14 months will impact the way we cook and eat moving forward. Like me, you might have already banned a once-beloved recipe from your dinner rotation. But joyfully, this leaves room for newfound favorites. And then there are the food substitutions, culinary flexibility and waste-not mentality we picked up along the way. (When the supermarket is fresh out of lemons, you can probably substitute with vinegar, right? And that kale isn’t rotting, just wilted.) I’ve since eased up on my panic-stricken, once-a-month-grocery-trip rule, so I’m no longer desperately blanching a month’s worth of greens for the freezer, but I’m also much more flexible in my daily cooking. I mastered sourdough bread! And I haven’t eaten at a restaurant in well over a year. (Soon though…)

According to Chambers, the aversion to a taste can be long-lasting and will remain “until the food is experienced repeatedly without ensuing illness.” Replace “illness” with “pandemic-induced terror” and I’ve found my cure: It looks like I’ll be making a lot of stew. I think I’ll pass and find a new recipe—what about you?

Source: Will ‘Taste Memory’ Change the Way We Eat Post-Pandemic?