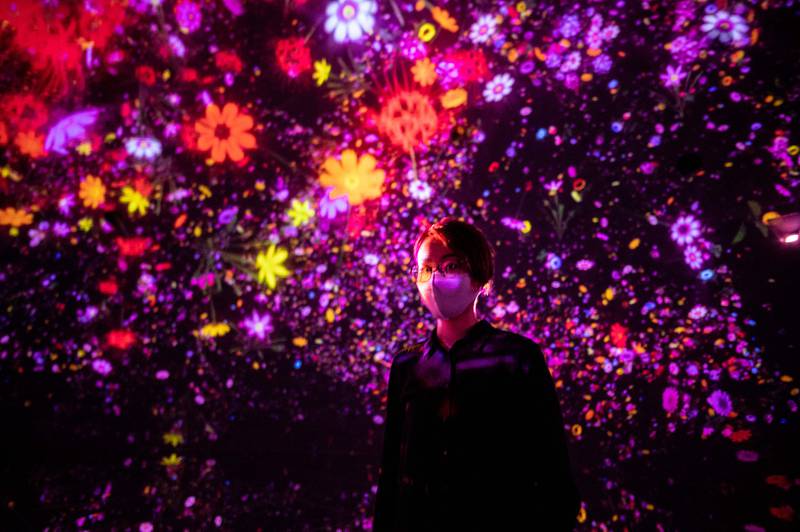 Eid Al Fitr is, in many cultures, a time for gift giving. Regionally, perfume is a popular choice. Walk through any mall in the UAE in the run-up to Eid, and you will witness the perfume houses offering elaborate box sets. At the same time, sales staff will be busy spraying passersby with timeless fragrances and handing out sweet-smelling samples. Around this time of year, Dubai Mall is the biggest and possibly also the best-smelling mall in the world.

The Google search data back this up. No region generates as many perfume-related Google searches as the Gulf. Based on data going back to 2004, we can use Google Trends to rank nations by the relative frequency they search “perfume” as a topic. The global top 5 are all Gulf states: Saudi Arabia, Kuwait, Oman, the UAE and Qatar.

This fondness for fragrance is nothing new either. “They will spend the night hungry to buy perfumes with the price of their food…When one of these women goes away, the odour of the perfume clings to the place,” wrote Ibn Battuta, the great explorer, over seven centuries ago.

Beyond consumption, the region also has a long tradition of perfume production. For example, Taif, a city in Western Saudi Arabia, is famous for exquisite rose oil known as Taif rose (ward Taifi). To distil just one fluid ounce (28 grams) requires tens of thousands of handpicked flowers. Unsurprisingly this prized Arabian fragrance finds its way into many luxury perfume brands, from Givenchy to Jimi Choo. Even the most miniature bottle (12 grams) of Taif rose can cost hundreds of dollars.

Perfume, however, is rarely viewed as a wasteful, self-indulgent extravagance. On the contrary, regional attitudes towards perfume are profoundly shaped by a tradition of generosity. After all, other people benefit when we wear expensive fragrances. Some people even argue that wearing good perfume is a “sadaqah”, an act of charity.

But what is the future of this rich regional tradition? We have digitised sound and digitised images; will fragrance eventually succumb to the forces of digital disruption? What will the metaverse smell like? Will our future smartphones be capable of detecting and diffusing odours?

In April 2013, Google announced a revolutionary new addition to its product family: Google Nose Beta. Google Nose, it was claimed, would allow users to search for smells. For example, type in the word roses, and the application would use “photons with infrasound waves” to emulate and deliver that smell to the nose of the user.

However, in recent years, rapid progress has been made in our quest to bring fragrance into the information age. As a result, our sense of smell, known as olfaction, has started to attract the attention of tech startups. These companies tend to focus on two main branches of digital olfaction technology. The first one looks at the digital detection and analysis of odours, while the second focuses on the digital re-creation and transmission of smells. These emerging technologies have the potential to revolutionise the way we produce, choose, and consume perfume. Additionally, they could also make significant contributions to environmental safety and the health care sector.

If the eyes are the windows to the soul, then our nostrils are a superhighway to the brain. Specifically, the structures related to emotion and memory. Aromatherapy is increasingly being used to treat depression and anxiety, and the evidence supporting such interventions is growing. Could digitally transmitted fragrance-based antidepressants be a thing of the future?

The world of art is waking up to the importance of fragrance too. The Prado Museum in Madrid recently teamed up with the perfumers at the fashion and fragrance house Puig. The result is a painting you can smell. Specifically, the exhibit allows visitors to smell selected fragrances from the painting The Sense of Smell by Jan Brueghel and Peter Rubens. Visitors select scents depicted in the image (like jasmine, rose, orange blossom and more) via a touch screen, thereby releasing carefully calibrated perfumes into the room.

For this Eid, perfumes will be used the same way they have been for millennia. There are, however, changes on the horizon. Whatever the future of fragrance, the UAE is well poised to play a crucial role. The regional love of perfume and incense provides an ideal grounding for exploring the emerging world of digital olfaction technology.

Source: Why the Gulf could one day see a ‘digital perfume’ market