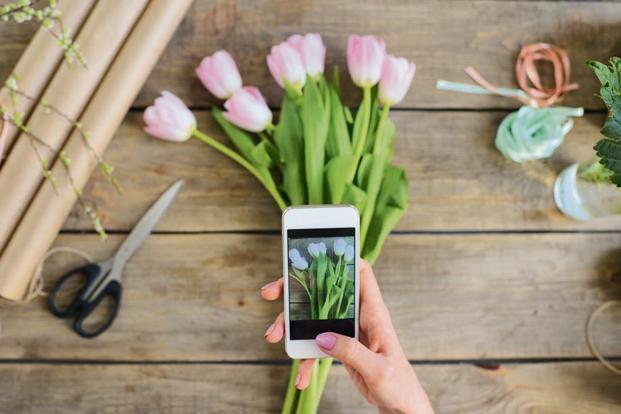 Why it is tough to digitally transmit scents

March was a riot of scents in our backyard. The citrus trees were in full bloom and the jasmine buds were opening up. I saw bees after a long time, and an occasional sunbird that would flutter over the flowers and vanish quickly. The sensation was magical. The sad part is the season doesn’t last long.

One morning, I took a few pictures of the flowers—they are fragile and fall off in the slightest breeze—to send them to a friend. My problem was, I didn’t have the words to describe the scents. And I thought, if only one could capture fragrance. I don’t mean capturing it in a bottle like perfume, but in a format that would enable me to send it off as an “attachment” or some such technology—just like we send an audio or a video clip.

Flowers don’t produce scents to please us; they release their aromas to attract pollinators. This scent is made up of thousands of molecules. In an article, “Why Your Roses Smell Nice”, in the award-winning science magazine Nautilus, American molecular biologist Maxine Singer explains that flowers produce very large mixtures of different volatile molecules that give off different odours but vapourize very quickly. “It’s not easy to figure out which components of a mixture are important for attracting insects or birds or for achieving a perfume attractive to people. It is especially challenging because our own sense of smell depends on a complex set of nerve cells and often differs from one person to another,” she says.

Scientists and entrepreneurs have attempted to develop devices to “digitally transmit” smell, but there’s nothing even mildly promising so far. Two years ago, a Harvard professor designed a “digital scent player” called Cyrano (check out its website, Onotes.com)—a cylindrical device like the Amazon Echo or Google Home, into which you insert scent cartridges, using an iPhone app to activate the scents. Reviews called it a fancy air freshener. There’s another one called Scentee (Scentee-machina.com), but then again, it’s a room diffuser, though “equipped with AI technology”.

The technology that enables us to send an image, an audio file or a video as an attachment has been around for a long time. Even touch can be replicated to an extent by haptic technology that can transmit the sensation of pressure or vibration to your body through a device. It’s common in some video games. But there is no breakthrough in the area of smell. The reason is its complexity.

I asked a physicist why smell is so complicated, and he explained that one reason it is so hard to recreate is that there is no intermediate carrier of smell. For sight we have particles of light, and for sound we have vibrations in air that we can recreate, but there are no general purpose “smell particles”.

When we smell or taste something, we are directly sampling molecules of the substance with our bodies. So if we want to recreate a smell, we basically have to go out and find that particular molecule. “In a way, smell and taste are the most honest of our senses, because they are so difficult to fake,” he said. “We still haven’t figured out the biology of smell as well as we understand the biology of sight or sound.”

With sight we know what’s going on largely—we have three receptors in our eyes for red, blue and green (colour-blind individuals typically have two receptors). So we can recreate any colour by mixing red, blue and green and our visual system thinks we are seeing the original colour. But with smell, we have hundreds of different odour receptors, so the problem is exponentially more complicated. It’s hard for us to even measure smell in a reliable way. We can record sound, capture light, but what about muskiness, or the aroma of your favourite coffee? What about the smell of a curry leaf from the tree in my backyard? There is no standard accepted way to measure smells, and certainly no machine that can currently do so.

Source: Why it is tough to digitally transmit scents