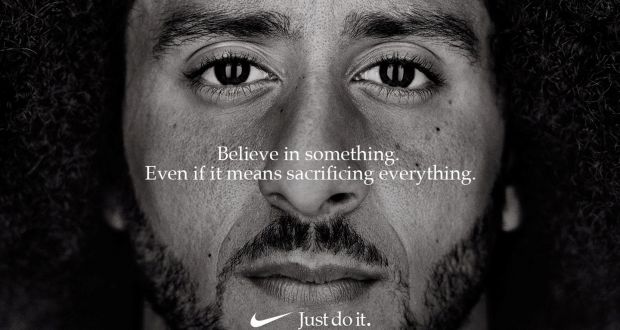 Why brands need to be heard as well as seen | MAA

Branding is often misunderstood as a name and a logo. It isn’t. At its core, branding is all about the stories that companies are made of and the feelings that telling them evokes. Its why most of us pay £20 more to run in a pair of Nike trainers; not because they make us run much faster, but because of the narrative that has been crafted. This is shown by their sales figures which, while unresponsive to actual product improvements, spiked 31 per cent in the days following their notorious Kaepernick brand campaign.

Why? Because it retold, for the millionth time, the story of fearless grit and determination that Nike has managed to infuse its brand with and, if we are honest, that we are all hoping will rub off on us with each purchase.

However, the world is changing, and brands can no longer control their own narrative with the occasional billboard or TV ad. Rather, we now live in an experience economy and interact with many of our favourite brands multiple times a day; literally touching Google’s and Apple’s services more than several times an hour. This means that the stories brands are composed of are no longer the ones they occasionally tell, but the sum of all of these interactions.

For example, Disney doesn’t mean what their corporate page says it does; it means something different to every single one of us and is dependent on every film we’ve watch, store we’ve entered and toy we’ve held.

In this new world, the concept of brand has been stretched so far that those telling the most compelling stories are now doing so with full sensory brands. Visually, this means brands that aren’t simply static logos but living, moving things that sit across everything a company does – known as their motional identities. Just as we recognise one friend’s slow lumber in comparison to another’s quick dart, Channel 4’s clunky and light movements are recognizable whichever on of their channels are using it.

Likewise, the British Heart Foundation epitomised this new approach with their rhythmic beat that ties all of their communications together with a common fluidity that’s as recognisable as any logo.

Taking this new understanding of branding further, some companies are also beginning to think about what their brands sound like – their sonic identities. This is absolutely key because, as voice assistants, podcasts and Spotify’s ad platform continue to take hold, the brands that will define the next decade are set to be the ones we can recognise with our ears as well as our eyes. Why? Because, McDonald’s famous ‘I’m Lovin It’ jingle or Intel’s unmistakable ‘audio logo’ mean that they can literally whisper into our ears as we run, cook or commute. Brands who only exist visually cannot.

For some brands though, this audification is not a choice but a necessity. For example, contactless payments which no longer require us to glance at the payment terminal are dissolving one of Mastercard’s key brand touchpoints. To adapt, the company have followed the likes of Visa, Xbox and Skype by releasing their first ‘sonic logo,’ a move aimed at trying to sustain their brands at time when their own innovations are parodoxically pushing them into the background.

Excitingly, new technology is also allowing brands to exist in an entirely new way – haptically. Thanks to the gods of Silicon Valley, we now all carry a phone in our pockets that 100 different companies can vibrate at the push of a button or, more intimately, a smartwatch that means they can quite literally tap us on the wrist. In a world of screens, this is an extremely personal way to communicate with a consumer and, with reported sales increases as high as 1000 per cent, appears to be a very sound investment indeed.

Puns aside, what ties all of these sensory brands together is that, just like any other story, we are no longer content to listen to brand stories in a single way. We want to hear them, touch them and see them move. We want to live alongside them in a way that technology now allows. And, now that they can, why wouldn’t they tap us on the wrist or whisper in our ears in the same way our friends do? Yet, as we make friends with these sensory brands, their old-fashioned rivals, shackled by their rigidity, will simply have to sit by and watch. Not smell or touch or hear, just watch.

Source: Archie Heaton: why brands need to be heard as well as seen | MAA

By his very profession, a serious fiction writer is a vendor of the sensuous particulars of life, a perceiver and handler of things. His most valuable tools are his sense and his memory; what happens in his mind is primarily pictures.

By his very profession, a serious fiction writer is a vendor of the sensuous particulars of life, a perceiver and handler of things. His most valuable tools are his sense and his memory; what happens in his mind is primarily pictures.