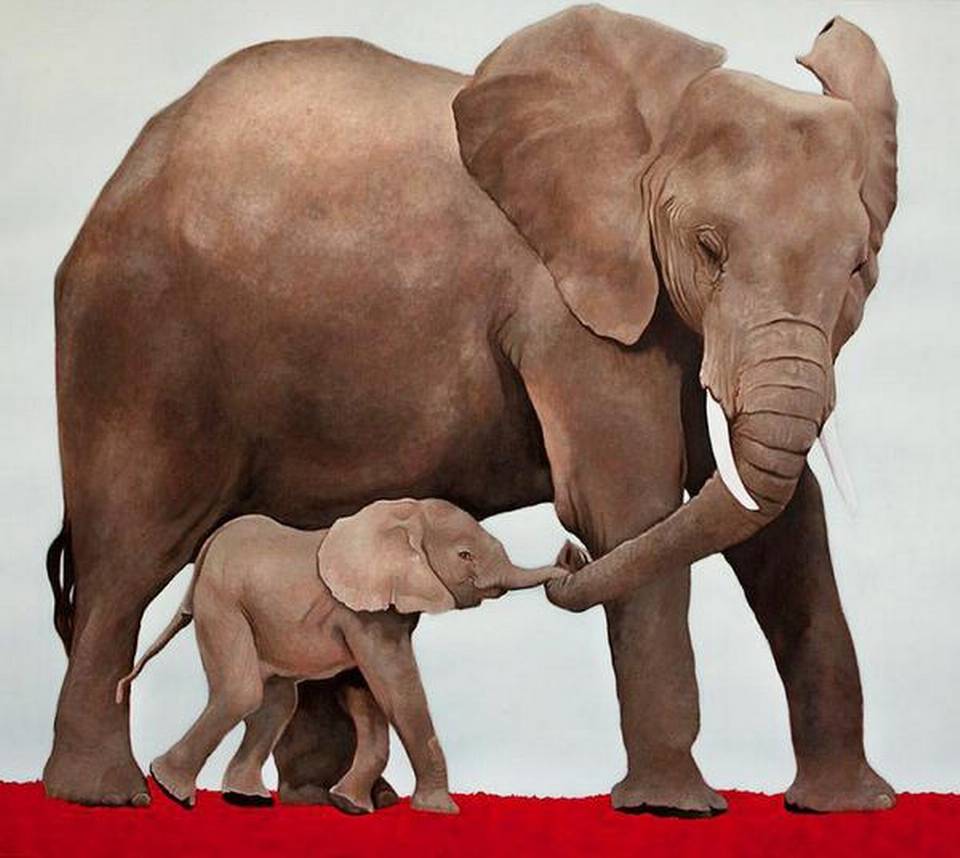 How does a meal surrounded by art sound? That’s what four artists and a Chennai-based chef have in store

The human story — dreams, surroundings, tastes — is on focus at Courtyard by Marriott this fortnight. ‘Art Meets Food’ is an attempt to present the talents of both painters and chefs under the same spotlight, but not necessarily to bring them together.

Explains curator Jitha Karthikeyan, “Each artist talks about some aspect of the physical environment we live in. Their perspectives are all different, but they don’t exactly clash.”

This coexistence forms the heart of the event, explains Karthikeyan, adding that it also extends to the food, which doesn’t draw inspiration from any of the art surrounding it, shining instead as a piece of art unto itself. “I wanted to show different perspectives running parallel to each other; they don’t always have to merge. Parallel worlds…” The exhibition features works by artists Pradeep Mishra, Madhu Venugopal, K Sudheesh and P P Pradeep, while the menu features the work of executive chef Sanjeev Ranjan. Karthikeyan confesses the plan threw her off balance at first. “I realised that my own mindset was quite rigid. I couldn’t understand what art had to do with food,” she says.

For Mishra, however, the concept was nothing new. “We’ve done such shows in Mumbai and other cities, so I was comfortable with it,” he says, adding that it had no impact on the art he chose to be put up. “I chose one from my solo show. It’s an oil painting on canvas, titled ‘Motherland’. Another, slightly playful one is of a newborn playing with a cloud: it’s titled ‘Living high hope’,” adds the artist, explaining that his art was all about the everyday, depicting acts like nurturing, parenting, living, and people just sharing their existence.

Venugopal focuses more on what man has built, using ancient structures to comment on the current state of affairs. “I have titled the series ‘An antique piece of love’,” he says.

He looks at buildings that are well past their prime for his commentary, and there is a reason behind it. “In the present situation, humanitarian concerns and compassion are disappearing. Humanity itself is becoming an antique piece,” he states.

The idea is for guests to experience the art and explore their understanding of it, while comfortably seated for a meal. This is where Chef Ranjan comes in. “While it (the art) didn’t directly impact the menu, it was an inspiration to create food that was equally stunning,” he says. His focus was on the sensory. “The idea was to bring in art into my food and give guests an experience that involves all five senses. So when I heard this, it seemed very challenging.”

He and his team spent two months creating new dishes, he says. “We must understand that people who are connoisseurs of art have in depth knowledge on the subject. To create something that would impress them — that was another factor we had to keep in mind.”

“The range of sensory and consumer methodologies is enabling brands to develop a deeper understanding of their consumers’ dynamic relationship with their products – from adoption to use and deprivation, both in context and controlled environments.”