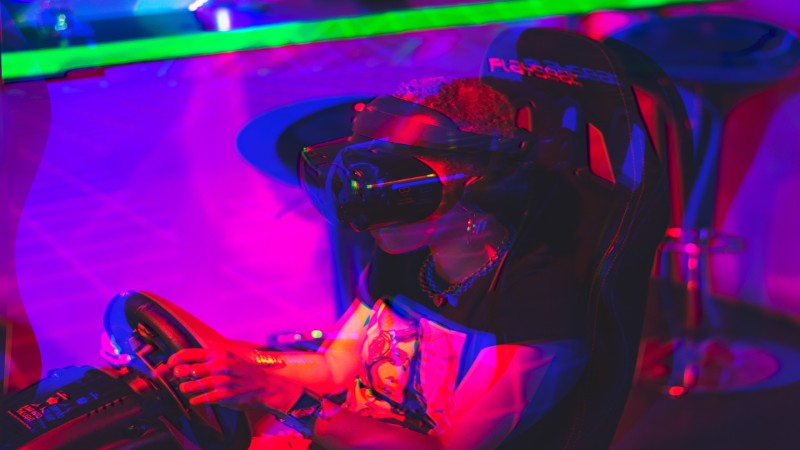 By msensory team18/09/2019No Comments
Windows mixed reality is an impressive technology that can be somewhat hard to distinguish from the outside looking in. To start, it’s best to explain the differences between the techniques.

Virtual reality is a technology that seeks to entirely transport you into another world through the use of a headset that artificially creates an entire virtual world.

Augmented reality typically uses a camera to place objects in your physical living space via your phone screen.

This technology has also been used on the ideal Nintendo 3DS platform where it would place objects that were observable through the 3DS screen. Then we get to MR, which combines aspects of both VR and AR to create a fully interactive world that exists in your space. This can sound confusing at first though in practice it makes much more sense.

The setup for mixed reality is much like virtual reality as it requires a camera and a controller. However, one big difference between the technologies and mixed reality is that WMR is used to create broad experiences that are not limited to either tech.

The purpose of Windows mixed reality is to take the best aspects of both technologies and combine them to create the most sensory and impactful experiences possible. Though it isn’t advertised as heavily as AR or VR, it’s still creating much hype in the tech world and seeks to make a significant app market impact. There are now a few headsets developed for MR that has been designed by substantial PC manufacturers such as Asus and Dell.

How mixed reality apps are changing

The app market for mixed reality has included participation from some of the large tech outlets like SteamVR and Hulu VR. This expands the applications that can run on mixed reality immensely.

Games like Doom VFR and Arizona Sunshine are now playable on mixed reality headsets thanks to steam integration. Then there are the video players like Hulu VR that allow shows to be watched in high fidelity with screens that seem immense and feel like you’re in a movie theatre.

The experiences thus far are still instead either-or, that is to say, they still rely heavily on virtual reality tech and augmented reality tech but not in concert. Where this technology shines, however, is in its overall integration. Windows mixed reality wants to become the one-stop for all of your reality augmentation needs.

This makes it so your phone doesn’t have to be inundated with augmented reality apps and you don’t have to be limited by what software you can use through virtual reality platforms as WMR seeks to be all-inclusive.

The mixed reality experience then is about the future and potential of the hardware as it carves its path through the tech world. The best way to explain the applications for mixed reality is the example they showed a few years ago.

When demonstrating the Hololens hardware, Microsoft revealed a person fully immersed in their environment by looking at a table that existed in their space with a game of Minecraft sitting on top of it.

Hololens demonstrates the real strength of the technology as it can be utterly immersive without entirely leaving your physical space. This allows an individual user to maintain their balance and sense of direction while also playing a video game or shopping.

Windows mixed reality stands out for its ability to frame games and other software in an entirely new light with a daring new direction. Windows mixed reality is still very much in the works but has, from what we’ve seen, a very bright future ahead of it with the potential to become the industry leader.

As reality augmentation becomes more and more popular, having a singular device that can take full advantage of both technologies will become not only a pleasantry but a necessity.

Windows has come out strong with their new equipment and has assured us that applications will be coming in droves soon. I would venture to say that if you are in the market for a bold new piece of hardware, then one of the Windows mixed reality headsets might be precisely what you’re looking for.