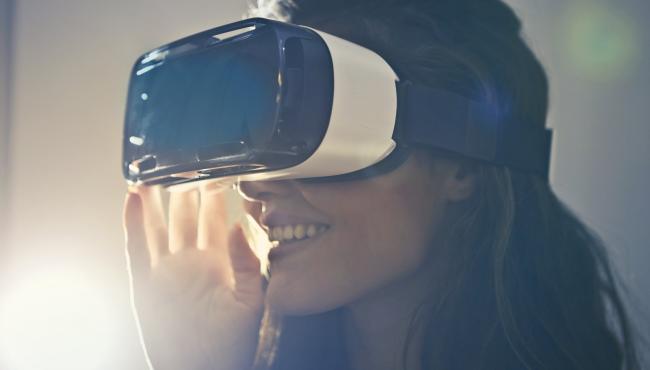 What Does the Future of VR Look Like?…Incorporating Other Senses | I4U.com

Looking to get your first VR headset on Black Friday and wondering where the industry is going? The future looks bright.

Virtual reality has recently started to make a name for itself and is slowly creeping toward the mainstream. The price has come down enough that some early adopters have purchased VR headsets, while the rest of the world looks on excitedly. The uses for VR are also starting to expand beyond gaming and watching films. By 2020, analysts project the market for virtual, augmented and mixed-reality tech will reach $150 billion.

But what will VR look like in the future? Here’s a sneak peek.

The visuals of VR are continually improving, but one advancement should make an especially notable improvement within the next few years: Foveated rendering will make VR experiences much more realistic. This technology only fully renders things that are directly in front of the user’s eyes and reduces the details of the rest, making VR more similar to how the human eye sees. Experts believe foveated rendering and the necessary eye-tracking technology could be ready within four years.

In the future, capture technology could vastly improve the quality of mixed-reality experiences. It takes a long time to render now, but this technology takes real-life environments and creates an accurate virtual representation of them. It can even do so with people. Once this capability improves to the point of being usable in everyday devices, it could make virtual meetings much more appealing.

Today’s VR headsets are big and bulky, but those of the future may be almost as thin as regular glasses. Thin “pancake lenses” and waveguide displays could substantially slim down these devices, while enabling wide fields of view. While we don’t have these types of headsets yet, that’s likely where designs are going. Michael Abrash of VR company Oculus has noted that, in the future, we could see AR glasses that are “socially acceptable.”

Gaming has been a leader in VR since the technology first began gaining steam, and the sector is going to continue to come up with more advanced ways of using VR. We can expect virtual and augmented reality to become a prominent gaming medium in the future. VR gaming is also becoming more widely available to consumers. High-tech VR gaming experiences have started to make appearances at arcades and the like.

Gaming is far the only industry that will be using VR more heavily in the future. As the technology improves and becomes more widely available, education, health care, manufacturing, sports, tourism and other sectors will begin to use it more regularly as well. Many of these sectors have already started to incorporate it on a small level. It may become essential for training across a variety of industries.

Today, VR is a primarily visual medium, but in the future, that could expand to other senses as well. First, companies will likely start integrating touch controls that feel more like the real thing. You could even use the real thing in some circumstances. Some VR experiences may also begin incorporating smell, temperature and other sensory factors.

7. The Next Major Computing Platform?

Facebook’s Mark Zuckerberg has some especially bold predictions for VR. He told Bloomberg he believes it could become the next major computing platform. The richness of the information it can present to us could make it a primary technology we use to communicate, he said.

Perhaps VR will one day be as ubiquitous as today’s laptops and smartphones. We’ll have to wait and see whether that prediction becomes our reality or stays in the virtual world.

Source: What Does the Future of VR Look Like?