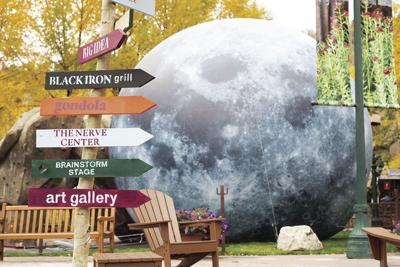 What does music do to us? | Watch Listen Show | telluridenews.com

Those are infamous words spoken by the effervescent Penny Lane in one of my all-time favorite movies, “Almost Famous.” I’m not great at reciting movie lines like others in my life, but that one has stuck with me ever since I first saw the film almost two decades ago.

When I find that I’m taking things too seriously and need a pick-me-up, I try to heed Penny’s advice. Of course, I visit my friends through Spotify these days versus the record store but it has similar impacts nonetheless.

This past month I’ve felt stressed out and in need of a pick-me-up and I knew instantly what would make me feel better: listening to Michael Franti’s “Stay Human” and “Everyone Deserves Music” albums, on repeat. Somehow when I hear the intro to “What I Be” or the funky beginning of “Stay Human,” a wave of calm comes over me and whatever’s bothering me is more manageable.

It’s hard to explain. Perhaps it’s because I discovered these albums at a pivotal time in my young adulthood? Or that Franti’s songwriting spoke to me on a seemingly cellular level when I was in college and that it brings me back to a calmer time with fewer responsibilities?

In the four years since I started writing this column I have talked about how much music means to me personally and to our community at large. But it’s the “why” that is so hard to articulate.

This weekend’s Original Thinkers Festival is tackling that very question this weekend with its program “What Does Music Do To Us?” taking place at the Telluride Conference Center Friday from 7 to 9 p.m.

Although Original Thinkers is touted as an ideas festival, music played an integral part in last year’s festival with guest musicians playing before programming. However, this year festival co-founder David Holbrooke said they’re taking a closer look at how important music is in our lives.

“The notion of trying to understand what music really does to us is exciting,” he said. “What we’ve done is brought together a bunch of people who are going to look at it from different perspectives.”

Manzor, who was born in Pakistan and raised in England, wrote a book about the impacts of Bruce Springsteen’s music on his life. It inspired the film “Blinded By the Light,” which Original Thinkers screened at the Nugget last week.

Gonzales is a scientist studying the positive effects of music on the elderly and will speak on her work with the Alive Inside organization that works with Alzheimer’s patients and music.

Thompkins is an NPR veteran, a lifetime student of music and hosts WWNO’s “Music Inside Out.”

Hessing’s documentary “Turning Tables” stars DePerry who creates a new sound combining Native American beats with electronic combinations and will play as part of the screening.

And Broadway star Dixon played Aaron Burr in “Hamilton.” it was Dixon who read the cast-penned letter about White House policies to Vice-President Elect Mike Pence when he attended the show.

“I think it’s cool to see 10,000 people show up here for our music festivals, but we’re trying to say why, why is [music] such a thing? What does it do to us? It brings us together,” Holbrooke explained.

And that’s not the only show with a musical twist to it this weekend.

Show 7, “Unearthing Culture” will take place at the Deep Creek Mine Saturday night. That show features a multi-sensory art installation from Studio Chromasonic, whose collaborators are visual artist Johannes Girardoni and sound artists Orpheo McCord and Joel Sheer. McCord and Shearer also perform with the band Edward Sharpe and the Magnetic Zeroes.

The show will include what’s sure to be a thought-provoking conversation about art, culture and with a host of guests that are so fascinating, you’ll just have to pick up a copy of the program to learn more.

To view the program and to purchase passes, go to originalthinkers.com.

Source: What does music do to us? | Watch Listen Show | telluridenews.com