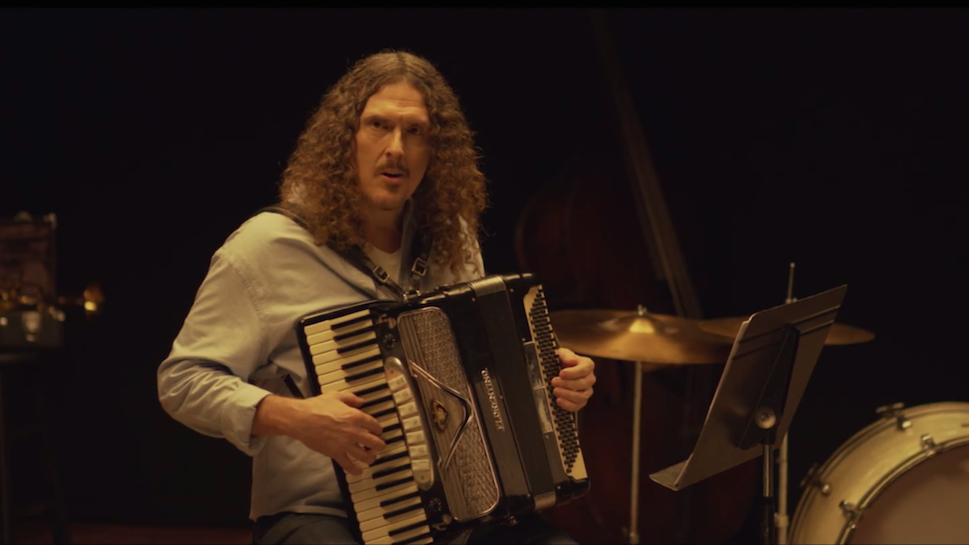 ‘Weird Al’ Yankovic is making hisvirtual reality(VR) debut in a new comedic short film called “Shady Friend” that is being produced exclusively for the Positron Voyager VR motion chair and that sounds even trippier than most of Yankovic’s vast catalog of oddball hits.

Case in point: The resulting short film will include not only motion, but also scents and haptic elements – which should make for an interesting experience, given the topic. “Shady Friend” is all about a heartbroken hero who accidentally takes some psychedelic drugs his less-than reputable buddy has brought over to his apartment.

The Voyager Motion Chair in action.

This is the first time a VR film has been produced exclusively for Voyager motion chairs, which are so far only available in select theaters and VR centers. Positron raised a seed round of funding at Sundance 2018, and is currently in the process of raising a Series A that the company wants to use to both expand its footprint as well as produce additional original content for its motion chair.

“What I love most about the Voyager platform is that it allows filmmakers to curate VR experiences in a cinematic way,” said the film’s director Andrew Disney. “Positron has created quite an amazing tool for immersive storytelling.”

Sensible brands lend themselves to all of the senses.