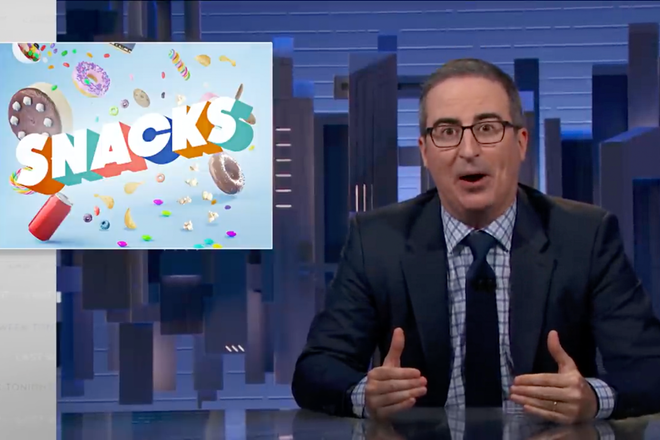 The ‘Last Week Tonight’ host dredges up games from Cheetos, 7-Up, Pepsi and even Chex

Though HBO’s “Last Week Tonight With John Oliver” is on hiatus until February, the show just released “Snack Video Games” (below), a web-exclusive segment that takes a nostalgic look at a largely forgotten moment in marketing history when some snack and beverage makers decided to put out their own branded video games.

Oliver starts the segment by dissing present-day marketers for lazily “camping out on Twitter [and] spamming whatever the current hot meme is”—he singles out brands including Chips Ahoy, Pringles, Cap’n Crunch and Pop-Tarts—and then praises the unlikely efforts of 7-Up, Cheetos and Pepsi to reach “the youth” with elaborate video games back in the ’90s. He also throws in an extended look at Chex Quest, a first-person shooter game from, yes, Chex, the breakfast cereal brand that also tries to position itself as a party snack.

“The point here is, snack foods should tweet less and make games more,” Oliver declares near the end of the segment, before graciously offering up free branded video game ideas for Chips Ahoy, Orville Redenbacher, SpaghettiOs and Chef Boyardee.