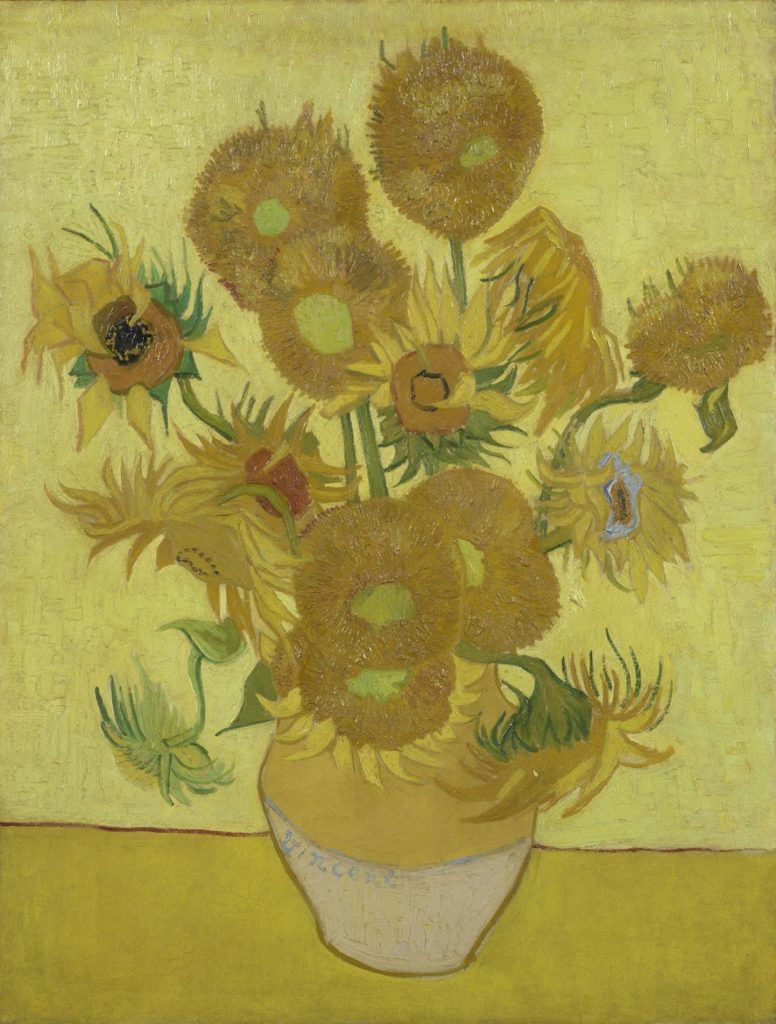 Want to Smell Like Van Gogh’s Sunflowers? The Van Gogh Museum Is Teaming Up With a Fragrance Brand to Produce Custom Perfumes

The move comes at a time of growing global interest in selling the artist’s work as an experience.

The Van Gogh Museum in Amsterdam has partnered with a fragrance company to develop a line of scents inspired by the artist’s masterpieces.

The museum is working with the British fragrance brand Floral Street and its master perfumer to create the scents, which are inspired by the artist’s many masterpieces.

Emilie Gordenker, the museum’s general director, said the goal is to “offer a fresh and different way to experience the art of Van Gogh.”

While museum curators are not directly involved with the project, the museum’s licensing manager, Marijn Veraart, told Artnet News that they are involved in checking the accuracy of any information drawn from Van Gogh’s life.

“It is of utmost importance that the reputation of Van Gogh, his art and the museum is protected and treated with great care and respect,” Veraart said.

In the more than a century since the troubled artist met his fate in a wheat field, his work has become a veritable brand, and the Van Gogh Museum, which already sells dozens of Van Gogh-themed products, has not been slow to recognize it as a source of income.

“Our collaboration with Floral Street broadens the reach into a different product category for the Van Gogh Museum—driving awareness, interest, and participation, furthering the implementation of the museum’s mission to inspire a diverse audience for future generations,” Veraart said.

The first fragrances and scented home products will become available for purchase in August.

The move comes at a time of glowing global interest in selling the artist’s work as an experience. In the U.S., there are nearly 50 immersive light installations featuring his work, and the Amsterdam museum has its own competing “Meet Vincent van Gogh” experience.

“It is great to see a sustained and growing global interest in Vincent van Gogh,” the manager of the project, Arnold van de Water, told Artnet News.

In conjunction with the fragrance launch, Floral Street has commissioned a yet-unnamed digital artist to create a modern interpretation of a Van Gogh masterpiece to be unveiled at the museum.

“After having a private tour in the museum, I was so inspired by multiple paintings and realized that Vincent van Gogh’s art is so accessible to every age group and his masterpieces translate globally,” Floral Street founder Michelle Feeney told Artnet News.

While the company is still keeping the exact paintings that have inspired the scents under wraps, Feeney said the first creation will celebrate “one of his most recognizable masterpieces.”

It is not the first time museums has experimented with scent. In 2015, the Van Gogh Museum organized “Feeling Van Gogh,” an interactive exhibition for the blind that included olfactory elements.

Other museums have also been experimenting with the medium. The Louvre created eight perfumes inspired by some of its masterpieces in 2019, and more recently, a company called Odeuropa received $3.4 million in E.U. funding to create the first “Smell Museum” to recreate historic smells.

Elsewhere, the Mauritshuis in the Hague is currently hosting an exhibition in which visitors can smell some of its artworks—although the stench of a 17th-century canal is much less appealing than the whiff of a Van Gogh almond blossom.

Source: Want to Smell Like Van Gogh’s Sunflowers? The Van Gogh Museum Is Working With a Fragrance Brand to Produce Custom Perfumes