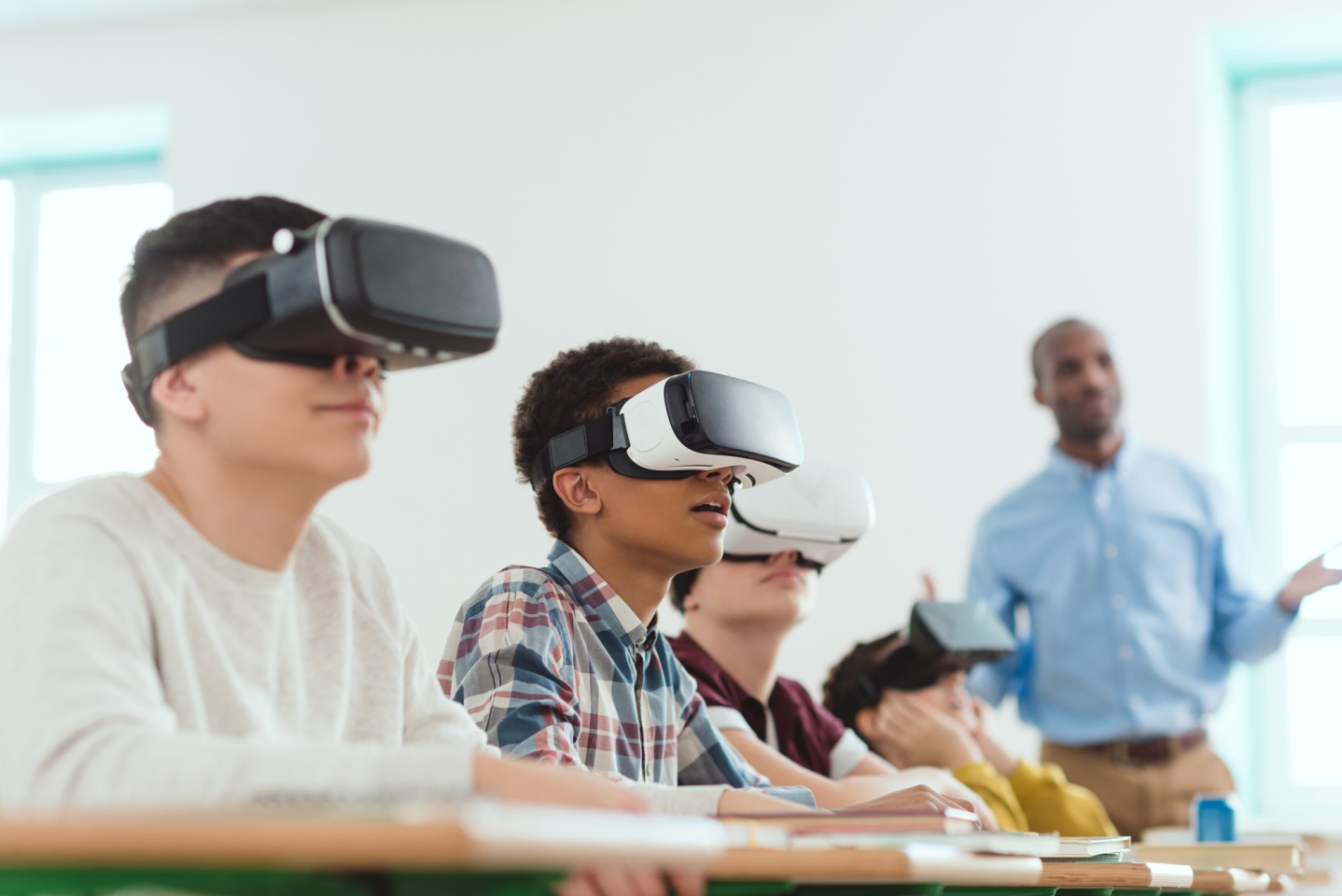 Research suggests VR experiences may not be useful in some educational contexts. ArturVerkhovetskiy/Depositphotos

As modern virtual reality technologies swiftly move into educational environments there has been surprisingly little research into how these tools affect learning outcomes. A new Japanese study is suggesting virtual reality may inhibit effective formation of visual memories, and in some contexts could result in poor educational results.

The new study specifically focused on the visual memory retention differences between active and passive VR. Active VR is when a head-mounted display (HMD) responds to subjective movements, allowing users to subjectively investigate an environment from different visual perspectives. Passive viewing, on the other hand, is when a HMD offers a single locked-off view, irrespective of a user’s head movements.

The experiment consisted of 40 subjects, split evenly between active and passive viewing conditions. Each subject watched a video set in a museum where they were presented with 10 paintings from Peter Paul Rubens, and 10 paintings from Nicolas Poussin, two well-known baroque artists. Immediately after viewing the film, and two weeks later, all subjects completed a series of memory tests.

Interestingly, while the memory test results from both active and passive groups were similar immediately following the viewing, two weeks later the results in the active group had diminished while the passive group’s memories remained strong. The implication of the study is active VR viewing somewhat degrades a person’s ability to form strong visual memories.

Exactly what could be underpinning these findings is unclear, however, the researchers offer a number of hypotheses to explain the results. The most simple explanation is that the subjects in the active viewing group just spent less time looking at the actual paintings due to their ability to choose to look at other points in the room. The study did not measure how much time the active viewing subjects spent looking at the paintings.

Another hypothesis is that the enhanced immersion in active VR presents the brain with a greater cognitive load, ultimately inhibiting effective visual memory formation. A recent EEG study investigating cognitive processing during learning is pointed to as suggesting immersive VR experiences could potentially inhibit learning due to the cognitive load of the experience.

The next steps for the researchers will be to investigate exactly how active VR viewing could be disrupting visual memory formation, and whether some types of object learning (such as carving learning or depth perception learning) may be enhanced by active 3D VR experiences.

“To use HMDs more effectively, based on the results of the current study, specific content and instructions for VR should be offered to help students memorize more correctly and effectively,” the researchers conclude. “For example, when a specific object is to be memorized, the view in the HMD should not be changed regardless of the student’s movement.”

The new study was published in the journal Frontiers in Psychology.

“Food memories are more sensory than other memories in that they involve really all five senses, so when you’re that thoroughly engaged with the stimulus it has a more powerful effect”

— Susan Whitborne, professor of psychological and brain sciences at the University of Massachusetts