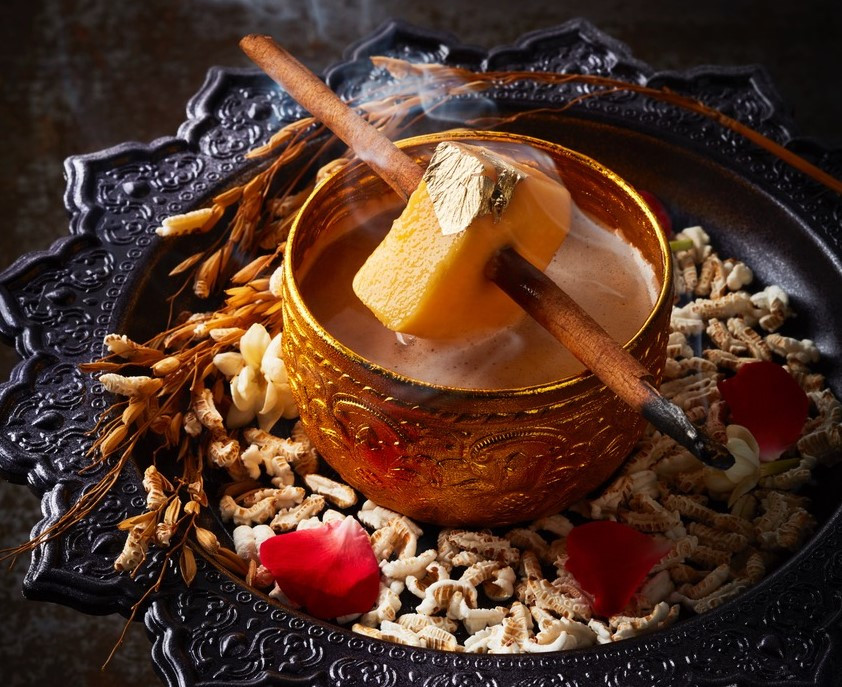 With a lot of people stressed out by being confined to their homes for months on end during the pandemic, many have started to realize they had previously taken their outdoor adventures for granted.

This, along with the rise of so-called “immersive travel experiences”, has prompted many people in quarantine to dream of being excited by the adrenaline rush of such journeys, where they can activate all their senses by exploring off-the-beaten track attractions in their chosen destinations once again.

Among the many travel books launched this year, is Philip Cornwel-Smith’s Very Bangkok: In the City of the Senses (River Books, 2020), a 360-page captivating homage to Thailand’s capital city by someone who has lived there for over 25 years. 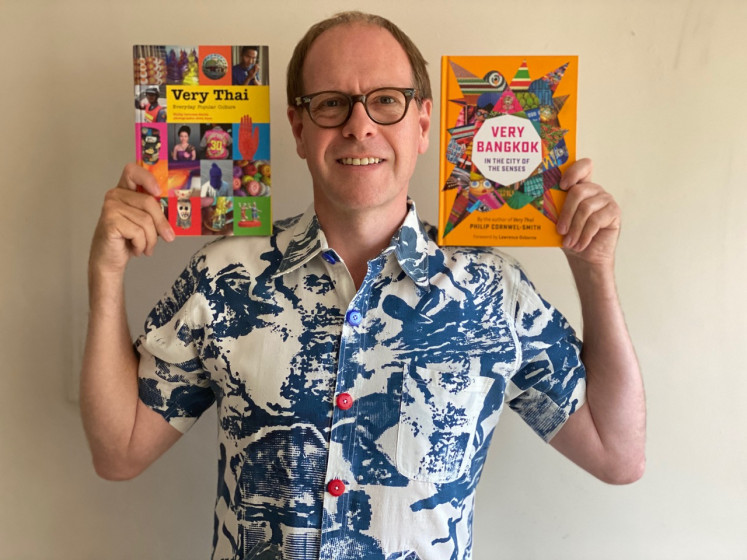 Originally hailing from England, Smith presents a unique half-insider, half-outsider account of the place. Someone used to say that to truly experience a place, it is not enough for you to just experience it in all its glory, you also have to get in touch with the more painful aspects of its residents’ daily humdrums – something that these immersive travelers are desperately looking for.

In a similar vein, the book also gives you a rich sneak peek of how the mundane daily life in Bangkok unfolds, beyond the pad thai and the beautiful pagodas and the shopping malls and the fun nightclubs that the city is most famous for among tourists.

Congruent with its title, the book opens with an account of Bangkok as a city which truly overwhelms all your five senses, with the various smells and tastes coming from the more sacred realm of fresh culinary presentations and food markets on down to the more profane one of air pollution on the streets. 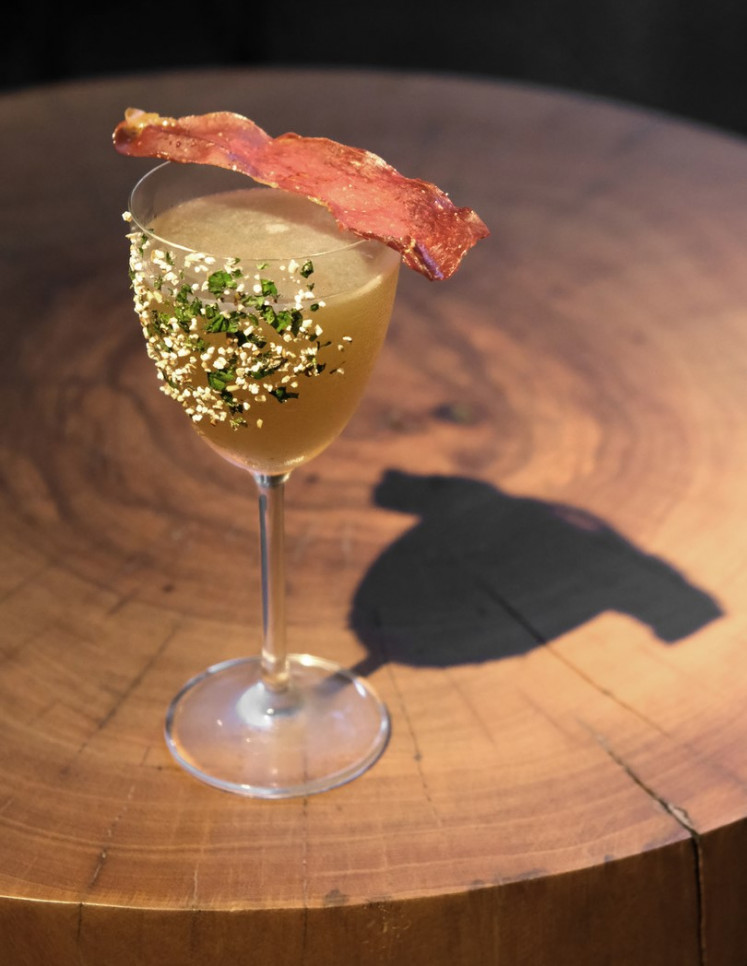 Meaty flavor: For those who like meat in their drinks, Eat Me restaurant makes a cocktail that tastes like the warm salad dish moo larb. (Courtesy of Philip Cornwel-Smith /-)

He also dedicates a full chapter called “Heat and Damp”, giving us a picture of how it feels like to be “hazed” by the city’s tropical temperature – normally hot and humid during the dry season but can also be cooled down by downpours during the monsoon.

Having experienced great cabin fever upon months and months of home quarantine, all of a sudden, the idea of venturing out in the open, taking in the innocent sensuality of the hot afternoon sun stinging your skin or braving a hard rain during a motorcycle ride can sound tempting to so many travelers.

Bangkok is also a city where poor neighborhoods and more luxurious establishments stand side by side.

On these roads you can witness the socioeconomic inequality at play, the lives of the privileged being brutally contrasted with the less fortunate ones. True “road dogs” who are up for a navigational challenge can also find something to love about memorizing the puzzling routes of the local roads, which do not follow a grid system.

This is why travelers from Jakarta will also find that despite its very distinctive style and nuances, Bangkok’s daily hustle-and-bustle can be shockingly similar to Indonesia’s capital. 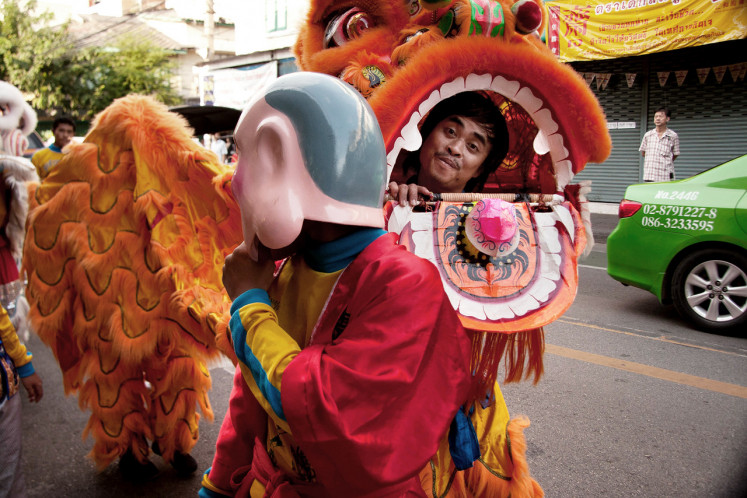 Street performance: The Sino-Thais are the majority population of Bangkok. But as society changed, Chinese opera and lion dances started to be performed by a later group of indigenous migrants from Thailand’s northeast region. (Courtesy of Philip Cornwel-Smith /-)

Also similar to Indonesia, Thailand comprises a multitude of different ethnic groups and faiths living side by side. The book portrays how the dynamics among these groups play out through accounts of street food, for instance.

Another social identity issue that this book has brought up is that of the local lesbian, gay, bisexual and transgender (LGBT) community.

Despite many tourists across the globe having a somewhat orientalist view of Bangkok as a “gay paradise” and despite the availability of so many gay clubs in the city, Smith quotes a 2019 Legatum Prosperity Index revealing that Thailand ranked 48 out of 167 for LGBT tolerance.

Yet, the author does not take the quantitative measure at face value as he also mentions that the Bangkok Art and Cultural Center hosted the Spectrosynthesis II, the biggest ever LGBT art exhibition in Asia, in November 2019.

Speaking of the arts, he also provides you a guide to the city’s aesthetics and places you can go to, to take some kind of artistic and intellectual refuge. Yet, as we mention in the beginning, an author can only do some justice to a place when he also addresses local tragedies, which you will typically miss if you only frequent local tourist attractions.

The beautiful, bad and ugly stories from Bangkok are very well captured here, presented in in-depth historical, political, social and cultural context by the author, which link together the city’s historical roots with its current, contemporary state. 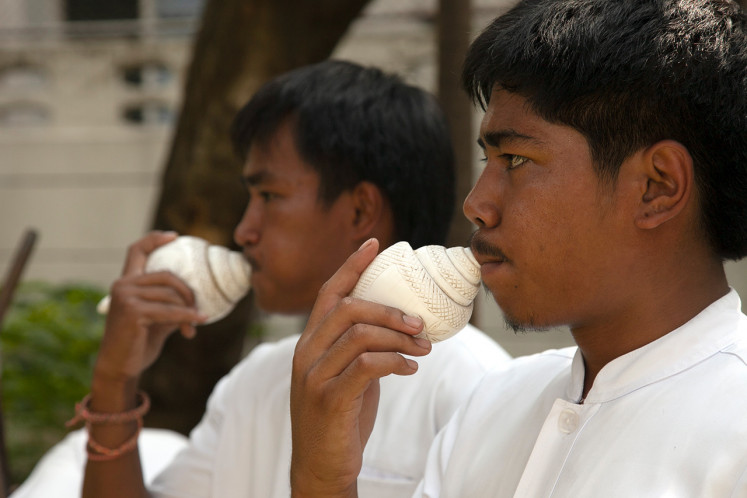 Ceremonious: Bangkok is a loud city of modern noise, but also a center of delicate aural culture, such as conch shell blowing in Brahmin rituals. (Courtesy of Philip Cornwel-Smith /-)

The historical and political account can also give you contextual sense of the very recent youth-led pro-democratic rallies in the city, which tourists who picture Thailand as a paradise might find puzzling.

If after the pandemic is over you find yourself longing for some extended thrills abroad, you can consider reading this book to guide you to explore Bangkok in its totality.

You are in for some new surprises about the city thanks to Smith’s deep insight into the place, aided by multi-sensory description methods which, again, live up to what he promises readers in the title.

If you have already been to the city before, the way Smith approaches the Bangkok story here can also inspire you to read more books and learn more about the sociopolitical history and contexts of other destinations as well, so as to enrich your next trip itinerary, wherever that may be.

Whatever your future plans might be, we can only pray that the day when we will be allowed to travel internationally again will come soon. (ste)

Source: ‘Very Bangkok’: In search of the contemporary in the city of senses – Books – The Jakarta Post