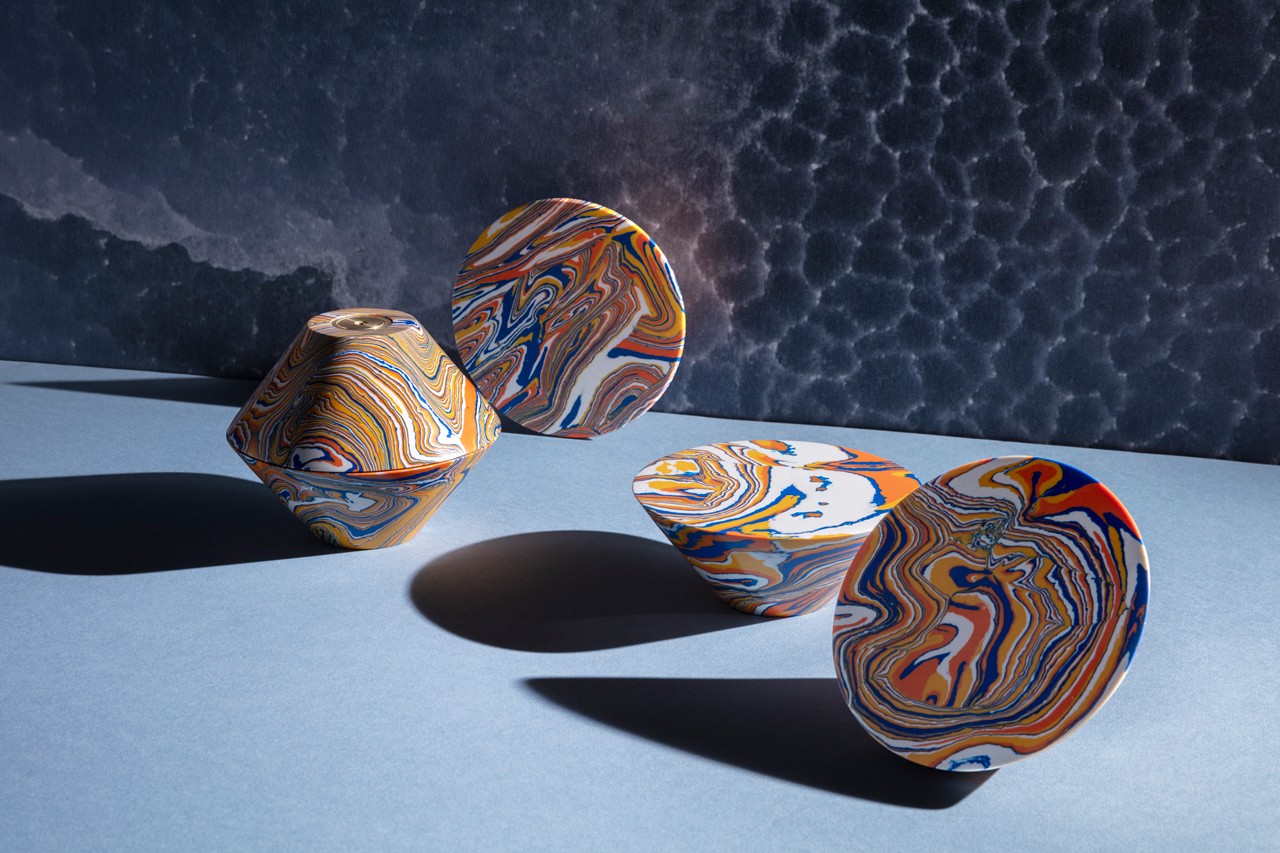 Tom Dixon’s multi-sensory TOUCHYSMELLYFEELYNOISYTASTY activation was a must-see at the London Design Festival this September, transforming the interior designer’s entire Coal Office complex into an installation filled with “the flavors, the fragrances, the sounds, the colors and the textures of the future.” Stemming from its success in the U.K., the unique idea made its mark in New York this week at Dixon’s namesake retail store, bringing a host of new collaborators onboard for the sensational experience.

For this edition of the campaign, Dixon recruited local brands and international labels alike that he felt brought a “degree of innovation” to their respective fields. Harry’s razors added to the tactile aspect with complimentary grooming services, while textiles from Bute Fabrics enhanced the handfeel of Tom Dixon’s incoming “Fat” chairs and “Fat” sofa for 2020. The brand’s new fragrance, Underground and Alchemy, permeated the space as a part of the “Smelly” concept, and Cocoon Tea joined several others in the “Tasty” brigade with 100% organic tea. 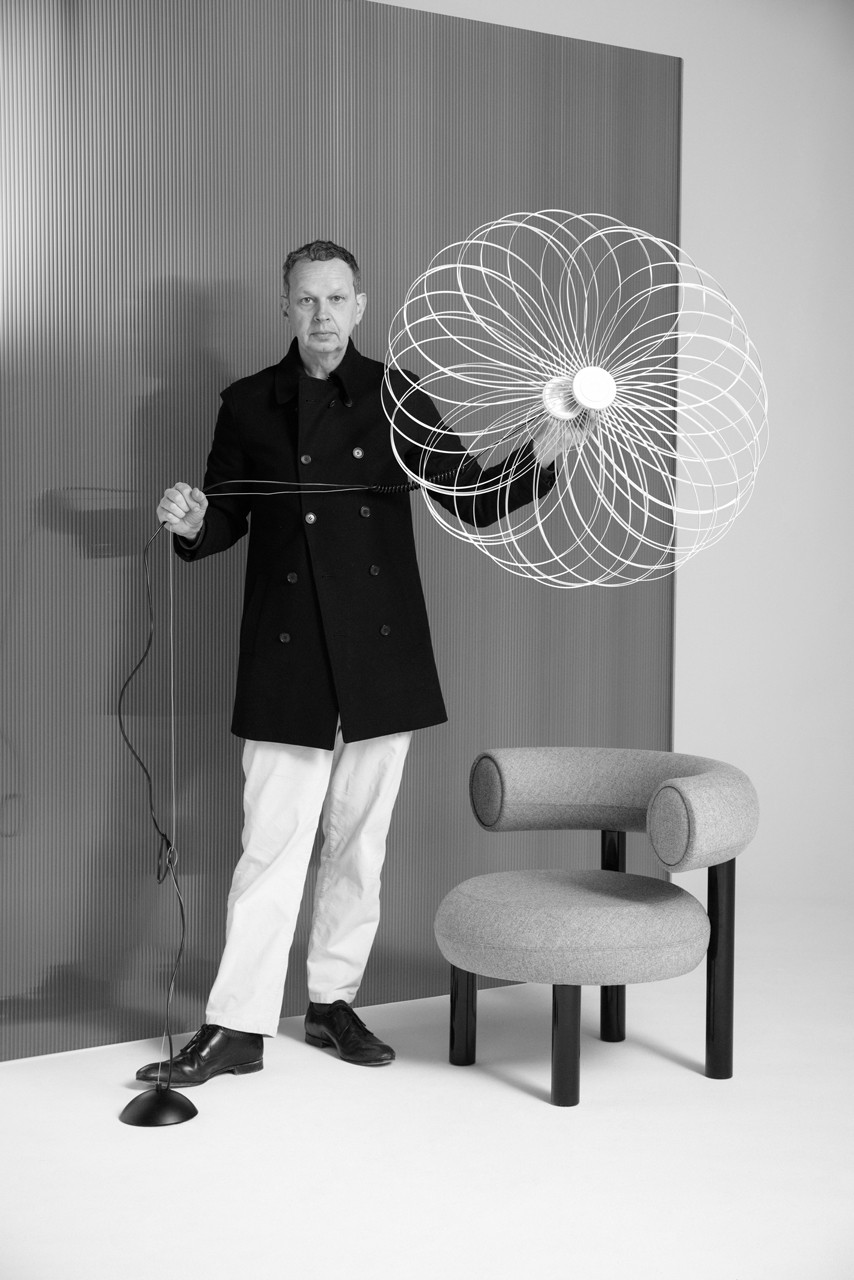 Swedish synthesizer company Teenage Engineering stepped in for “Noisy,” resulting in an overhanging “chandelier speaker sculpture” (co-designed with Tom Dixon) that features LED lighting which operates in tandem with the music. All the while, guests were immersed in the fine home decor of Dixon’s distinctive Fat, Swirl, Spring and Opal collections.

HYPEBEAST caught up with Dixon during the showcase to learn more about TOUCHYSMELLYFEELYNOISYTASTY, how he chooses his collaborators and what he hopes people can take from the activation.

What was it like designing a multi-sensory experience to showcase your physical product designs? Were there any unexpected challenges?

I think for me, it’s such a broad subject when you start digging into it. The challenge was just really trying to explain it with any degree of clarity when you’ve got all these different partners. But ultimately, there’s joy in it when you’re getting out of your own standard world. I think we spend too much time in interior design and product design, talking to people that all study interior design and product design. So the joy of it is extending your network and diving into other people’s universe. Of course there were challenges but all in all it was refreshing.

Were there any key differences between this edition of the activation and the one you held during London Design Festival?

Yea, totally. They’re completely different partners. In London we have a fully-functioning restaurant, so doing Tasty was a lot easier than it is here, where we only have [options like] tea and small snacks. And we’ve also got maybe three or four times the space and ten times the number of employees there, so the scale is different but the intent is the same. 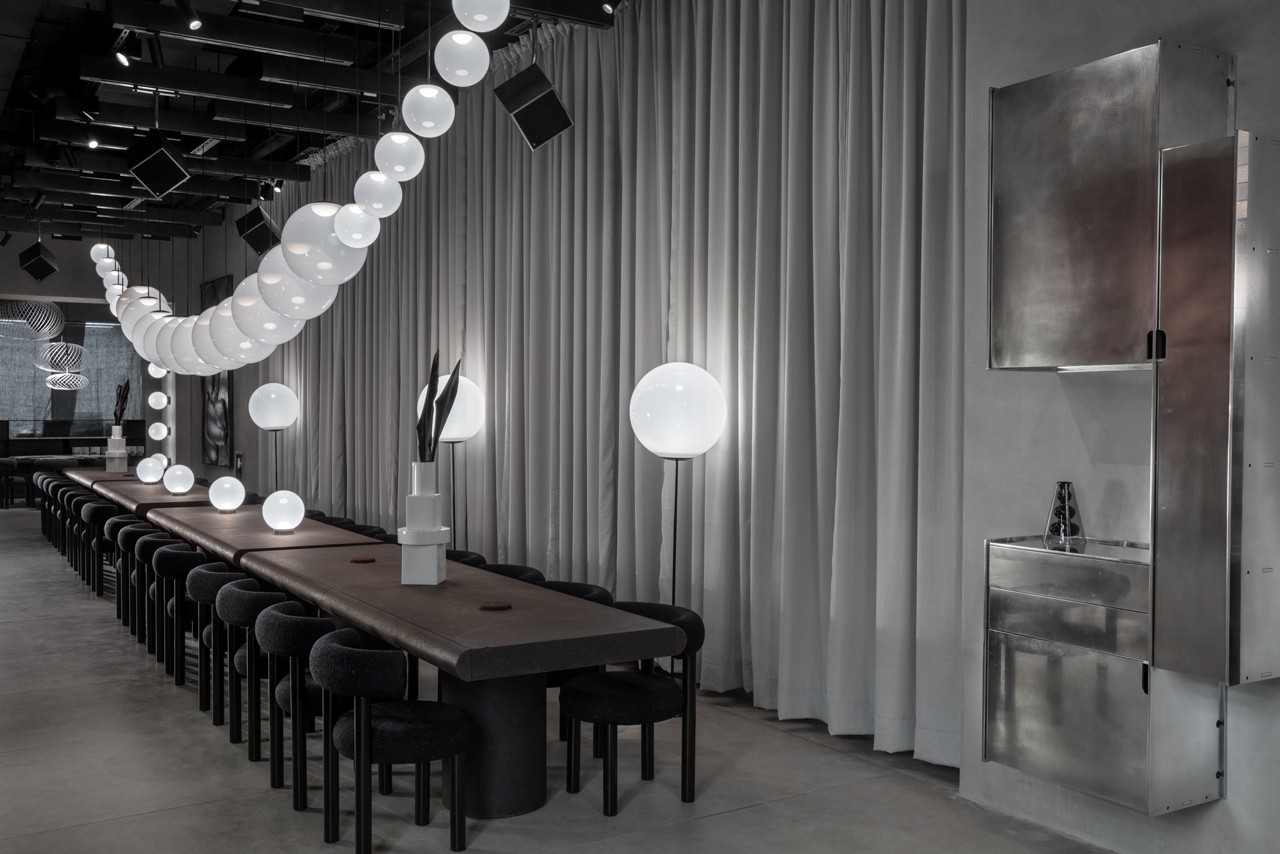 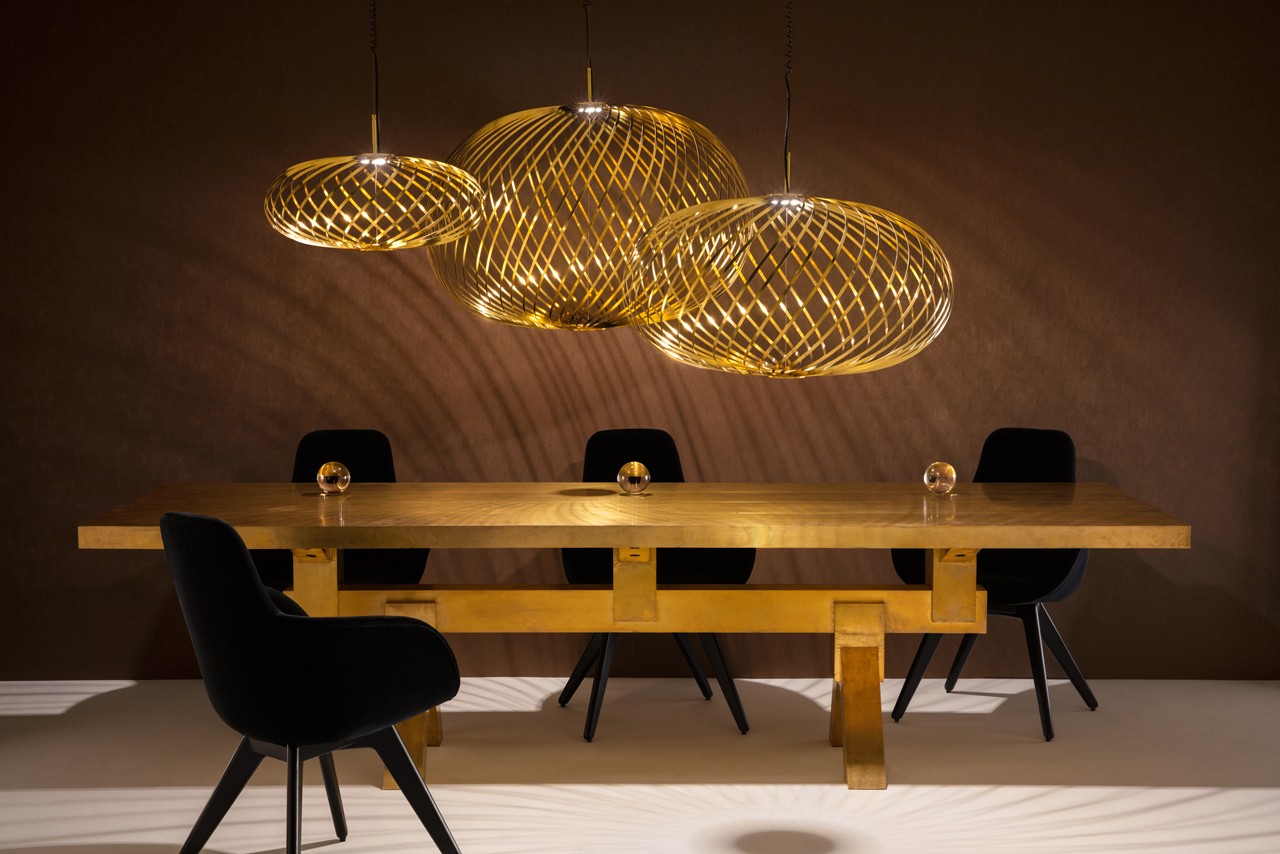 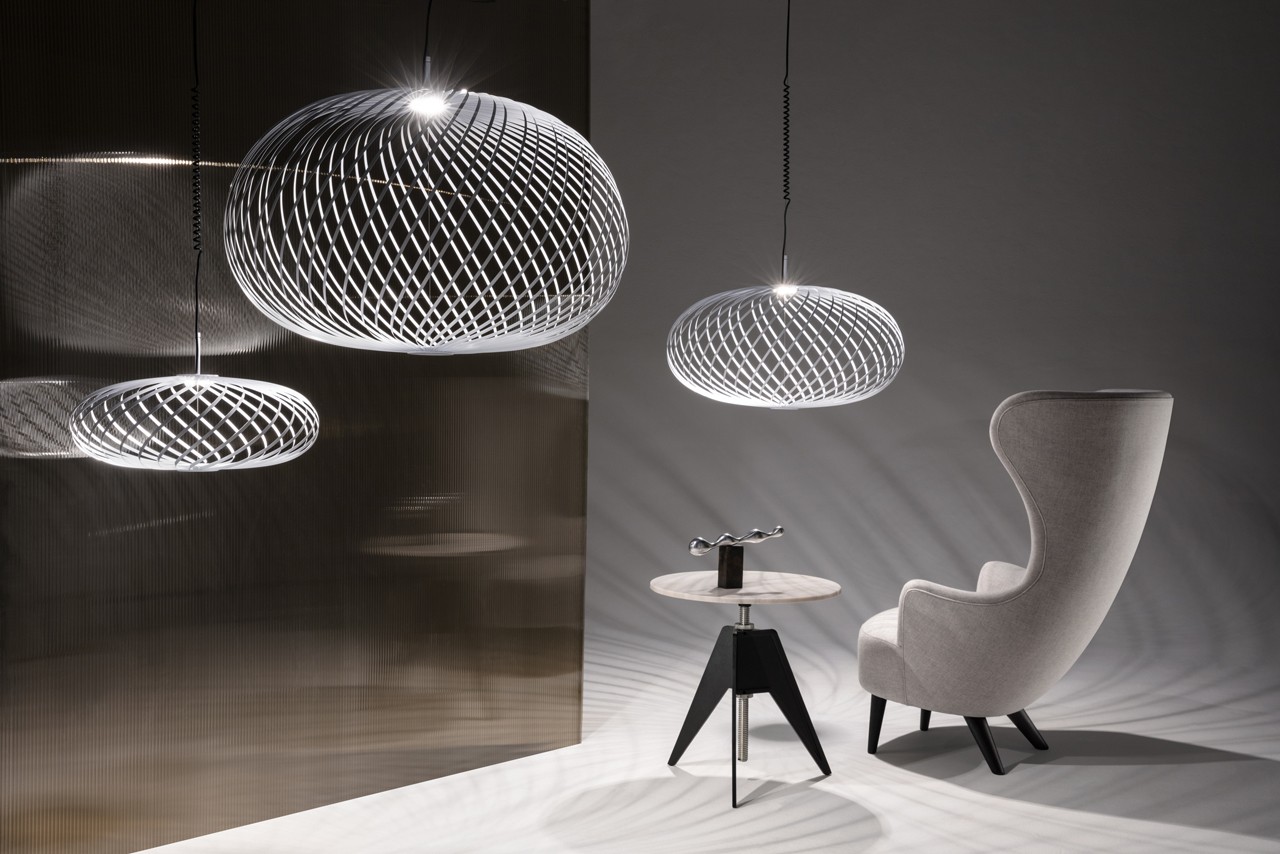 This activation centers around a lot of collaborative projects. What qualities do you typically look for in collaborators, especially those outside of your usual industry?

It’s exactly the same whether it’s food or it’s music. The quality of the ingredients is really important to us. A degree of innovation in that field and I think something different from everybody else. And just an expertise in what they do which they’re really proud of and able to broadcast. Like the people that make the synthesizer, a Swedish brand, they had a very different angle than any other musical instrument makers. Same with the people here making the tea. Even Harry’s, the razor bar that we’ve got here, it’s rapidly become one of the biggest shaving companies in the world, going from being almost pure digital to having a physical space here. So it’s all kind of with people that try to do things differently.

A lot of your collaborators come from various international regions. Was that conscious to bring in different regions or was it more about the work at the end of the day?

In the end you’re faced partially with the realities of finding people prepared to work on your time scale and have got the means to jump on a project at short notice. But that means that the excitement is you’re meeting a lot of new people the whole time. 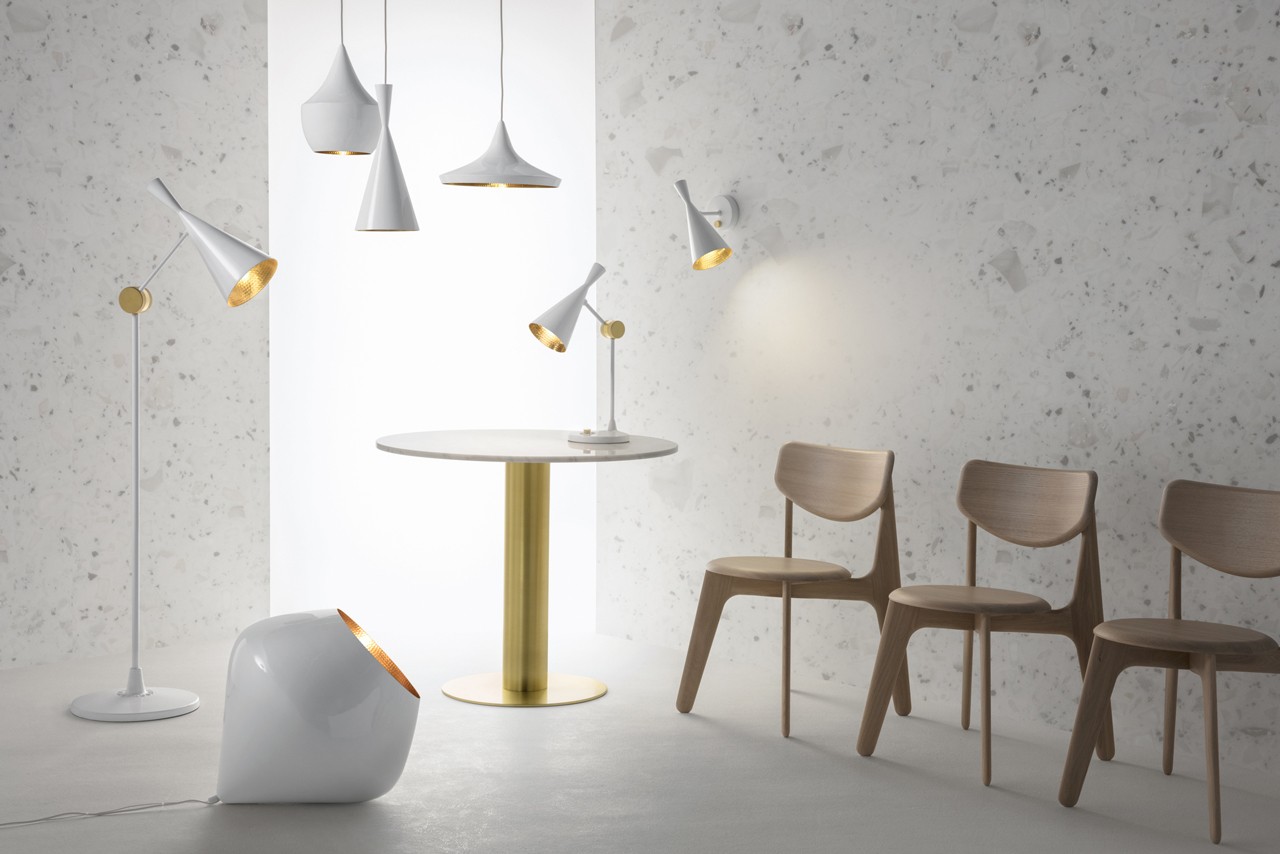 What do you hope visitors can take from the activation?

I think my kind of logic here is that people are increasingly kind of two-dimensional and you know they’re wearing their eyes out as well with all this visual stimuli. I’m a designer, I use my eyes mainly but ultimately when I start thinking about interior design, I start thinking a lot about what a place sounds like. Can I hear the music or my partner speaking across the table? Or I start thinking about the smell of a place. Is it smelling like bleach from the cleaning the night before or is it smelling delicious? Then, I’m interested in the tactility of things as well.