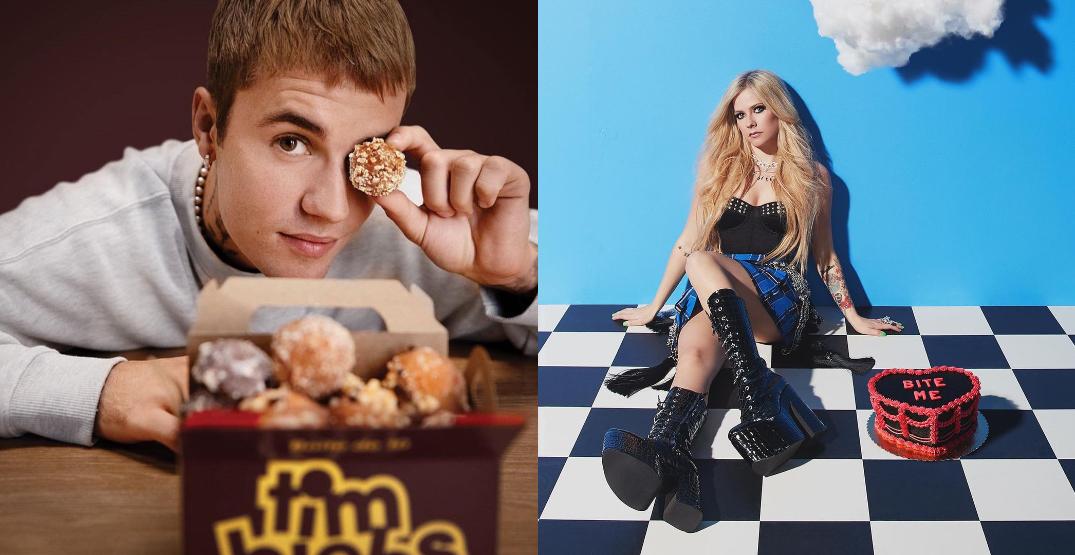 The ultimate Canadian mash-up between Tim Hortons and Justin Beiber is bringing us new flavours and a new way to love Tims.

But why stop there?

We dreamed up a few Canadian celebrities and Tim Horton’s pairings that just make sense when you think about them.

Tim Hortons could really class up the joint with champagne flavoured Timbits if they did a collaboration with the Champagne Papi himself.

It’s high time Tim Hortons has more vegan options, and the famous animal-loving Pamela Anderson would be the perfect collaboration for plant-based Timbits.

Ryan Reynolds could bring a few bottles of his Aviation Gin to the party and majorly booze up Tim Horton’s doughnut offerings. We need “adult” Timbits yesterday.

The Rock played in the CFL and his dad was born in Nova Scotia, so he has a lot of ties to Canada and dual citizenship. He should release a jumbo-sized Timbit that’s like twice as large as a regular one.

If Tim Hortons and Celine Dion teamed up, they could release a special heart-shaped Timbit to honour one of her best songs, “My Heart Will Go On.”

There are endless creative possibilities for a Tim Hortons and Seth Rogen mash-up, from a pineapple flavour inspired by his film Pineapple Express to a ganja flavour.

Because The Matrix is one of the greatest films ever made, Tim Hortons could release red and blue Timbits, just like the red and blue pills from the film.

Tim Hortons should do a ton of different sprinkle covered doughnuts, including black and pink colours, for a Timbit worthy of Canada’s pop-punk icon.