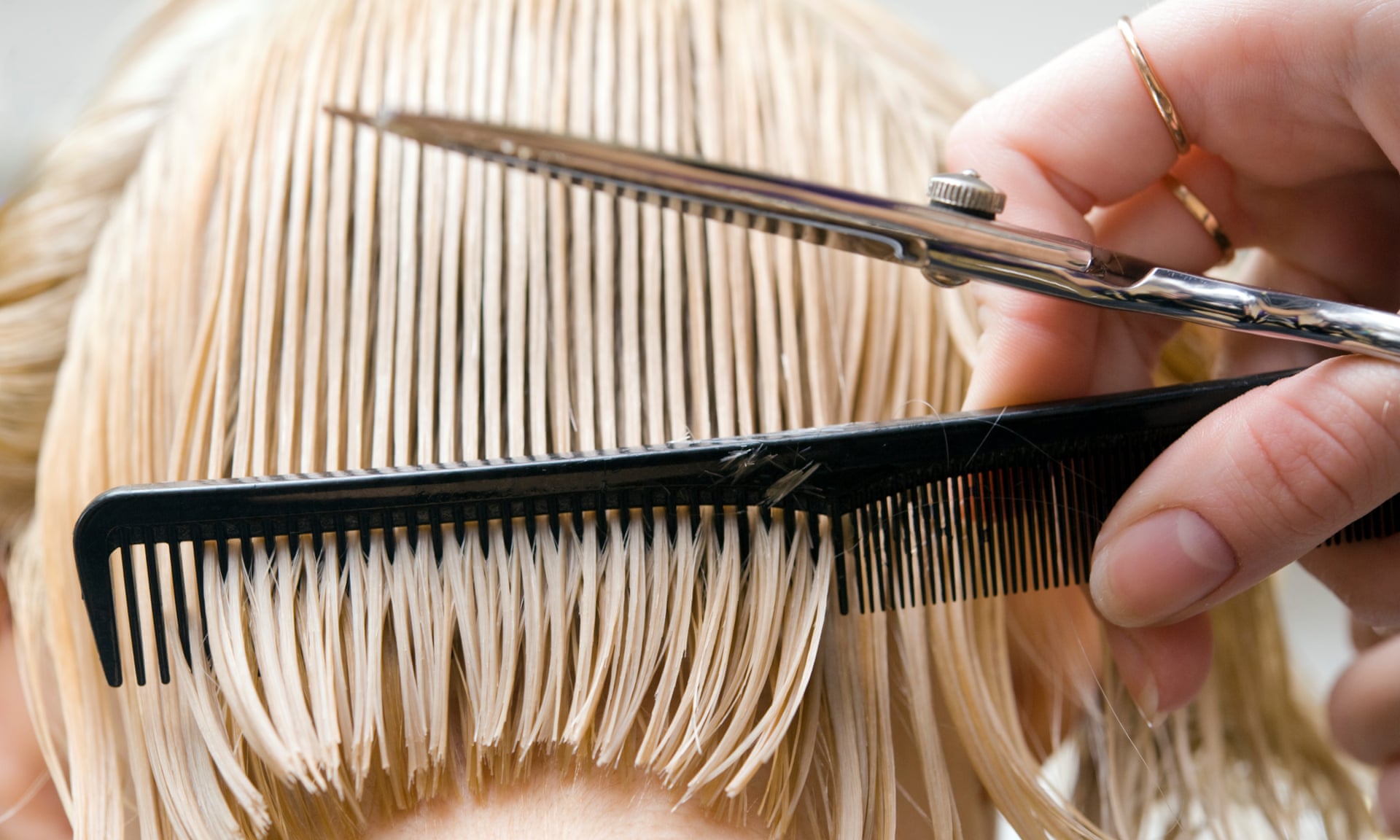 This way for brain tingles: ASMR gets a shiver-inducing exhibition  | The Guardian

Some whisper gently into the microphone, while tapping their nails along the spine of a book. Others take a bar of soap and slice it methodically into tiny cubes, letting the pieces clatter into a plastic tray. There are those who dress up as doctors and pretend to perform a cranial nerve exam, and the ones who eat food as noisily as they can, recording every crunch and slurp in 3D stereo sound.

To an outsider, the world of ASMR videos can be a baffling, kooky place. In a fast-growing corner of the internet, millions of people are watching each other tap, rattle, stroke and whisper their way through hours of homemade videos, with the aim of being lulled to sleep, or in the hope of experiencing “the tingles” – AKA, the autonomous sensory meridian response.

“It feels like a rush of champagne bubbles at the top of your head,” says curator James Taylor-Foster. “There’s a mild sense of euphoria and a feeling of deep calm.” Taylor-Foster has spent many hours trawling the weirdest depths of YouTube in preparation for a new exhibition, Weird Sensation Feels Good, at ArkDes, Sweden’s national centre for architecture and design, on what he sees as one of the most important creative movements to emerge from the internet. (Though the museum has been closed due to the coronavirus pandemic, the show will be available to view online.)

It will be the first major exhibition about ASMR, a term that was coined a decade ago when cybersecurity expert Jennifer Allen was looking for a word to describe the warm effervescence she felt in response to certain triggers. She had tried searching the internet for things like “tingling head and spine” or “brain orgasm”. In 2009, she hit upon a post on a health message board titled WEIRD SENSATION FEELS GOOD.

“I get this sensation sometimes,” the post began. “it just happens randomly … as a child while watching a puppet show and when i was being read a story to … and when a friend drew on the palm of my hand with markers. Sometimes it happens for no reason at all.”

The post struck a chord, and soon hundreds were sharing similar stories and posting links to videos that gave them a “braingasm”. One unlikely favourite subject turned out to be the 1980s TV programmes of popular American landscape painter Bob Ross, who spoke in soothing southern tones to the camera while mixing his oil paints and dabbing at the canvas. “He enchanted audiences,” says Taylor-Foster. “He stood there with his calm demeanour, gently offering encouraging words as he brushed, stippled and scratched with his palette knife – which are all common ASMR triggers.”

Alongside unintentional ASMR videos, such as Ross’s painting, the exhibition will also showcase a number of people who create work specifically designed to trigger the sensation – known as “ASMRtists”. You can watch Haircut Harry having a wet shave at a barbershop on Route 66, and revel in the rasping scrape of razor against stubble (7m views), or see 14-year-old schoolgirl MaK slurping juice-filled tapioca balls and bursting them in her mouth (5m views).

One local artist to feature, who goes by the name of ASMRctica, has a devoted online following thanks to his videos of himself meticulously hand-drawing maps, while slowly whispering in his soft Swedish accent – and sucking on a cough drop. “I loved drawing maps as a kid,” says the graphic designer, “and I get tingles from the sound that cough drops make in your mouth, or when people are chewing gum.” One day he tried combining these passions in a video and uploaded it to YouTube. It blew up overnight. Since then, he has made more than 100 videos, mostly of drawing maps, but also tapping on lists of supporters’ names, learning Spanish with Duolingo and reading Swedish board game instructions, together garnering more than 13m views – and providing a steady stream of income.

“It was a fantasy to discover that there was a whole community of people who enjoyed these triggers,” he says. “I’ve suffered from debilitating social anxiety and insomnia, but finding ASMR has allowed me to relax. No one judges you, and I’ve heard from lots of viewers that the videos have really helped them through things like depression and alcohol addiction.”

Beyond offering a momentary brain tingle, there is a growing belief that ASMR can be used as an alternative form of therapy. Researchers at the University of Sheffield and Manchester Metropolitan University found that those who experience the phenomenon had significantly reduced heart rates, increased relaxation and feelings of social connection. Despite initial scepticism, interest from the scientific community is building.

“The health benefits are undoubtedly what has made ASMR so popular,” says Craig Richard, professor of biopharmaceutical sciences at Shenandoah University, Virginia, and founder of the website ASMR University. “From reducing stress, to helping you fall asleep, or increasing focus at work, people are self-medicating with a range of ASMR stimuli.”

Richard co-authored the first brain scan study of ASMR in 2018, which found that specific regions of the brain are activated when someone experiences the feeling – the same regions that are stimulated by “affiliative behaviours”, such as playing with each other’s hair or hugging. “ASMR has existed since the dawn of humankind,” he says, “going back to primates grooming each other. Only now we have a word for it and new ways to simulate the feeling of positive personal attention with YouTube.”

One of the most interesting ASMR phenomena, he thinks, is the genre of role-play videos, in which performers dress up as everything from doctors and teachers to grocery store assistants and magic wand vendors, then act out scenarios designed to stimulate the tingles. “Just as I would go and get a haircut,” says Richard, “I can now watch a video of someone pretending to give me haircut, with the very gentle scissor sounds right next to my ears, and talking in a soothing voice.”

Shouldn’t this be a cause for concern? Have we become so socially dysfunctional that – even before lockdown – we preferred to sit alone at home, watching someone pretend to lavish personal attention on us, rather than go out into the world and have that human interaction? Is ASMR the ultimate symptom of our technologically induced loneliness epidemic?

“It’s a fascinating reflection of the times,” says Taylor-Foster. “If we’ve all become disconnected by over-connectivity, then ASMR is trying to reclaim a sense of close-feeling. When the world is moving so quickly, ASMR is all about slowness, empathy and reconnecting. It’s a friendly space – you don’t find much trolling. People are thankful, dedicating time to helping each other out. It’s a beautiful phenomenon.”

Richard insists it can only be a good thing if it makes people’s lives better. “We all have an inherent desire for kindness, and I see ASMR videos as a positive form of supplemental kindness – in the same way that a treadmill is a supplemental way of getting more physical activity. I agree with people who say it’s better to go hiking up a mountain than walking on a treadmill, but that’s not always an option. It’s better to walk on a treadmill than do neither.”

Like any popular trend with the potential to keep an audience engaged over a long period, ASMR has not escaped the attention of advertising agencies. Ikea has made a 25-minute long advert featuring someone caressing bedsheets and plumping pillows; beer brand Michelob Ultra produced an ASMR commercial for the Super Bowl, with a whispering Zoë Kravitz tapping her fingernails on the glass bottle, before popping the cap with a satisfying click and listening to the bubbles fizz.

Where advertising treads, sex is sure to be found, and ASMR has attracted an inevitable seedy side. For a genre that primarily consists of young, pretty women whispering seductively into the camera while delicately fondling things, it’s no surprise that ASMRtists receive their fair share of sleazy requests. There is now a dedicated ASMR category on Pornhub, while China has banned the whole genre, deeming it “vulgar and pornographic”. The ASMR community insists that such users are a small minority. A study conducted by researchers at Swansea University found that 85% of consumers of ASMR use it to help them get to sleep, while just 5% reported sexual arousal.

For ASMR veteran WhisperingLife – an optician in Nottingham by day, who is widely credited as being the first ASMRtist – the movement attracts the usual suspicion faced by any new trend. “It was the same with yoga,” she says. “At first lots of people thought it was weird or dodgy, but now it’s everywhere. With the growing interest in mindfulness over the last few years, it’s only a matter of time before ASMR is totally mainstream.”

So, whether it’s someone crunching on pickled cucumbers or polishing a pair of shoes, a future of tingles awaits.

Source: This way for brain tingles: ASMR gets a shiver-inducing exhibition | Art and design | The Guardian