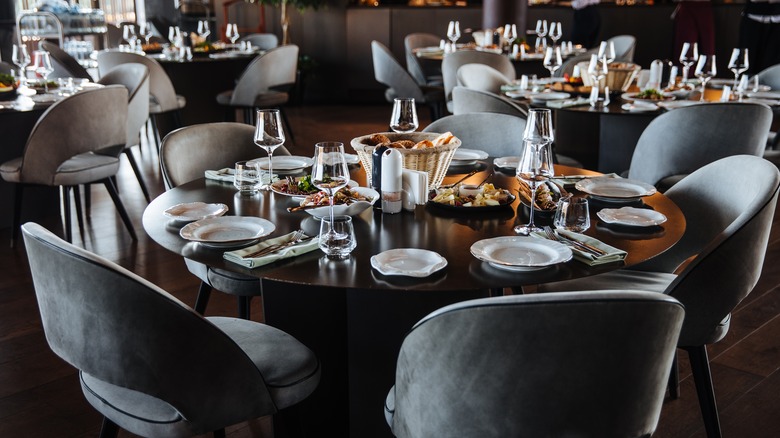 The culinary business is one of the most competitive industries out there, so cutthroat that you might have to worry about having all those knives around. A firm hierarchy exists in professional kitchens, and one is expected to work their way up through the ranks with time. For example, “Salt, Fat, Acid, Heat” author Samin Nosrat started as a busser at the famed Chez Panisse, then worked her way through kitchen positions, cultivating the knowledge that led her to fame. The point is, you can’t get to the top of the culinary ladder unless you’ve spent years in the restaurant business. At least, that’s the conventional wisdom, but Sam Bompas and Harry Parr couldn’t care less about conventions.

The duo met at England’s Eton University, and while Bompas went on to work in marketing and Parr studied architecture, neither stayed long on those paths. They told Vogue that a late-night brainstorming session led them to a new mission in life: “to help people rediscover once-glorious English food like wobbling jelly.” They formed the company, Bompas & Parr, which was dedicated to making impressive gelatin creations. They served unexpected flavors like whiskey sour and other awe-inspiring installations of jelly sculptures. Speaking to Vogue, Bompas recalled one of his favorite projects to date, The Architectural Jelly Banquet, for which their company challenged architects from around the world to design unique jelly molds. Eventually, the partners branched out beyond the gelatin world, and that’s when things got really wild. 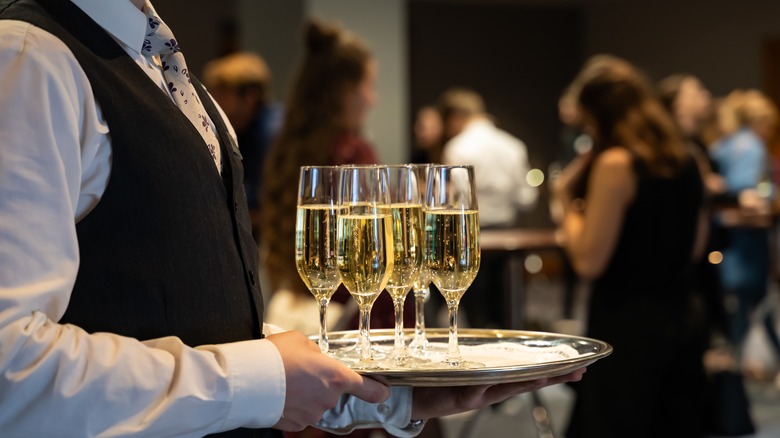 1take1shot/Shutterstock
Bompas & Parr describe their work as “multi-sensory experience design,” which frankly undersells the audacity of their projects. They’ve tried cooking with lava, used a weather balloon to send coffee beans to the stratosphere, and, in an inspired act of wordplay, served diners an entire meal of animal organs accompanied by pipe organ music. But none of these endeavors compare to the audacity of 2015’s The 200 Club, a 24-hour dinner party with a whopping 200 courses. Forty diners were allowed into this exclusive experience, and while the majority of them came and went in 4 hour intervals, four diners with iron wills and champion stomachs stayed for the full 24 hours.

Express ran the numbers to show just how impressive this undertaking was. A total of 1,600 plates were served with courses arriving at intervals of 7 minutes and 14 seconds. To help the select few who stayed for the full experience (86,400 seconds of continuous eating), Bompas & Parr consulted a gastroenterologist and blended digestive aids like bromelain and papain into the food. The diners were also plied with caffeine and guarana to keep them awake. Per Atriet, each course had a color-coded theme, such as the “Green Lunch” with fresh greens and a signature bright green jelly, and the “Pink Dinner,” which included fuschia and cured meats. The marathon meal concluded with a course called “The Final Countdown,” which incorporated flavors from around the globe.

Source: The Unbelievable Stats Behind The World’s Largest Dinner Party