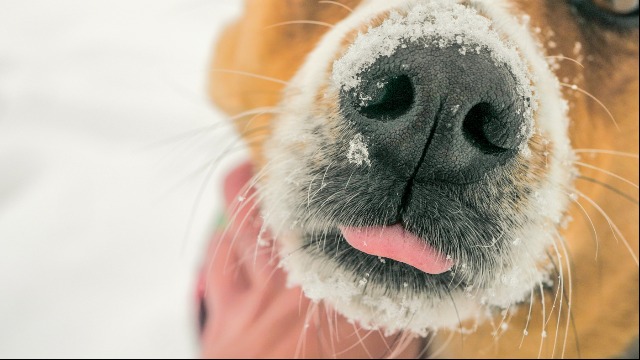 A keen sense of smell is a powerful ability shared by many organisms. However, it has proven difficult to replicate by artificial means. Researchers combined biological and engineered elements to create what is known as a biohybrid component. Their volatile organic compound sensor can effectively detect odors in gaseous form. They hope to refine the concept for use in medical diagnosis and the detection of hazardous materials.

Electronic devices such as cameras, microphones and pressure sensors enable machines to sense and quantify their environments optically, acoustically and physically. Our sense of smell however, despite being one of nature’s most primal senses, has proven very difficult to replicate artificially. Evolution has refined this sense over millions of years and researchers are working hard to catch up.

“Odors, airborne chemical signatures, can carry useful information about environments or samples under investigation. However, this information is not harnessed well due to a lack of sensors with sufficient sensitivity and selectivity,” said Professor Shoji Takeuchi from the Biohybrid Systems Laboratory at the University of Tokyo. “On the other hand, biological organisms use odor information extremely efficiently. So we decided to combine existing biological sensors directly with artificial systems to create highly sensitive volatile organic compound (VOC) sensors. We call these biohybrid sensors.”

Takeuchi and his team essentially grafted a set of olfactory receptors from an insect into a device that feeds certain odors to the receptors and also reads how the receptors respond to these odors. Analysis of electrical signals from the olfactory receptors indicates what molecules triggered the signals. This method yields great sensitivity and is possible thanks to the way the receptors are physically bound within lipid bilayers. In previous experiments such a method has limited the way odors can be delivered to the receptors, but the team created an efficient solution to this problem too.

“The receptors react to molecules in a liquid droplet, so one of the main challenges was to make a device to transplant molecules from their air into these droplets,” said Takeuchi. “We designed and fabricated microscale slits underneath where the droplet passes to force this exchange of molecules. By introducing the gas into the microslit, we were able to increase the probability of contact between the gas and the droplet and transfer target molecules to the fluid efficiently.”

With this system, the researchers were able to detect traces of the chemical octenol, also called mushroom alcohol, which is known to attract mosquitoes, in the breath of a test subject. Not only that but the VOC sensor could detect concentrations on the order of parts per billion. This is about a thousand times less than the sensitivity of a dog’s nose but it is an impressive achievement nonetheless and has inspired the team to keep innovating.

“I would like to expand upon the analytical side of the system by using some kind of AI. This could enable our biohybrid sensors to detect more complex kinds of molecules,” said Takeuchi. “Such refinements might help in our goals to not only measure hazardous materials and environmental hazards but maybe even early stages of diseases from patients’ breath and body odor.”