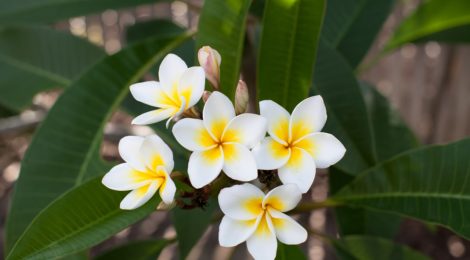 Recent interpretation and amendments to US and EU Trademark law have allowed for the trademarking of scents. As commercial businesses seek to capitalize on nostalgia and sensory marketing to boost sales, the filings for such marks can only be expected to rise.The human nose can distinguish roughly 1,000,000,000,000 combinations of scents. The olfactory bulb that processes all these odors lies within the limbic system of the brain and has direct input into the amygdala, our brain’s center for emotional learning, emotional response, and memory modulation. Due to this direct connection, the sense of smell has the strongest emotional recall ability of all our senses; it is a nostalgia powerhouse. As such, retailers are increasingly turning to the sense of smell to leverage nostalgia marketing to boost sales and attract customers. And, like any distinction over competitors, companies are increasingly seeking to acquire rights to these advantages.The first trademark for a scent was recent, 1991. Celia Clarke acquired a trademark on a plumeria blossom fragrance used on sewing thread and embroidery yarn. Later in 1995, while deciding on the validity of trademarking a color, the Supreme Court’s decision in Qualitex Co. v. Jacobson Products Co., Inc. further liberalized trademark doctrine by finding that: The law thereby ‘encourage[s] the production of quality products,’ and simultaneously discourages those who hope to sell inferior products by capitalizing on a consumer’s inability quickly to evaluate the quality of an item offered for sale. It is the source-distinguishing ability of a mark — not its ontological status as color, shape, fragrance, word, or sign — that permits it to serve these basic purposes.Since that time, trademarks have been granted on bubblegum scented sandals, coconut coated ukuleles, strawberry smelling toothbrushes, and grape fragranced fuel lubricant. However, currently being examined at the USPTO is one of the most recognizable scents of all: Play-Doh. Hasbro describes the scent of its modelling compound as “sweet, slightly musky, vanilla-like fragrance, with slight overtones of cherry, and the natural smell of a salted, wheat-based dough.” To assist in the examination, Hasbro sent a container to the USPTO with its application. Hasbro isn’t just looking for protection for its model compound though – it hopes to ward off would-be infringers from encroaching on other licensed products such as its Play-Doh scented perfume. The desire to acquire rights in a scent isn’t limited to the purpose of end-user products. Much like fresh bread or cookies in the oven at a for-sale home, the scent of a user’s experience is valuable as well. Verizon has acquired a trademark to protect the signature scent of its stores.However, not all countries allow for the protection of scent marks. The WTO’s TRIPS agreement sets the bounds of trademarks to be “any sign, or combination of signs, capable of distinguishing the goods or services of one undertaking from those of other undertakings . . . .” The caveat is that the agreement allows the member states to individually set a further constraint of “visual perception” on a trademark. Prior to October 1, 2017, the EU PO required that trademarks were “capable of being represented graphically.” Now, the requirement has been amended possibly opening the doors for trademarks on scents: An EU trade mark may consist of any signs, in particular words, including personal names, or designs, letters, numerals, colours, the shape of goods or of the packaging of goods, or sounds, provided that such signs are capable of: (a) distinguishing the goods or services of one undertaking from those of other undertakings; and (b) being represented on the Register of European Union trade marks, (“the Register”), in a manner which enables the competent authorities and the public to determine the clear and precise subject matter of the protection afforded to its proprietor.So, after much change in the law, the question remains as to why protect a smell? Because, it dramatically increases sales. Studies have shown that gamblers spend roughly 45% more in a casino when it has been scented with floral aromas. Scented point of sale displays increase product sales by roughly 37% and category sales by over 25%. With marketing bumps that dramatic, perhaps the time smells right to give Smell-o-Vision a second sniff?