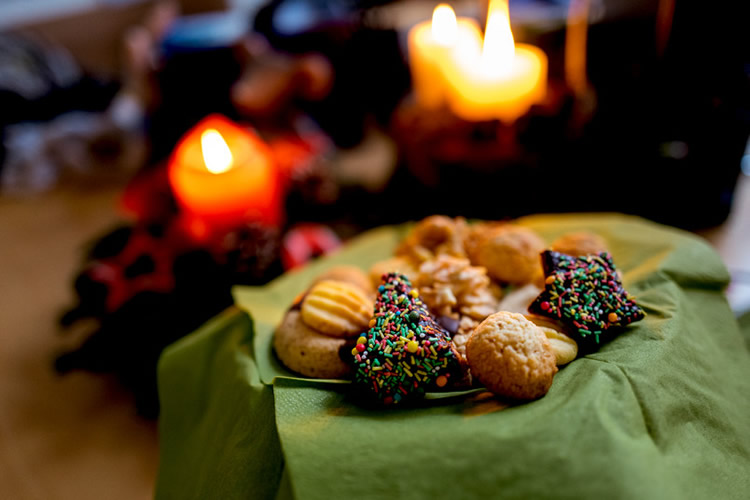 The smell and taste of things remain poised a long time, like souls, ready to remind us

“When from the distant past nothing remains, after the things are destroyed and scattered, still, alone, more fragile, yet more vital, more persistent, more faithful, the smell and taste of things remain poised a long time, like souls, ready to remind us, waiting and hoping for their moment, amid the ruins of everything else; and bear unfaltering, in the tiny and almost impalpable drop of their essence, the immense architecture of memory.

Yet again I had recalled the taste of a bit of madeleine dunked in a linden-flower tea which my aunt used to give me; immediately the old gray house on the street where her room was found arose like a theatrical tableau.” – Marcel Proust.

Whether you are young, middle-aged or old, I trust you will agree with me that old Marcel has totally nailed it in one paragraph. Prince or pauper, beggar or thief, the common trigger that stiffens the sinews, summons up the blood and sets the salivary glands flowing is the memory of the food enjoyed in one’s childhood. Breathes there a man with a soul so dead who has never looked at his wife’s cooking and said, “Kanna, my ajji’s curry had much more red.”

Wise men say that guns are dangerous but I am of the opinion that morons with smartphones and an Instagram account pose a far more serious threat to our wellbeing. Incidentally, one of the occupational hazards of being known as a ‘foodie’ is that everyone, from the vegetable vendor to the uncle sitting on a park bench in Cubbon Park, feel obligated to share their food stories with you.

“Saar, bestu dosa is in Vidyarthi Bhavan, pure ghee, they are making fresh daily,” said Manjunath, from Johnson Market. Well, duh, obviously I’d have thought, a masala dosa has a shelf-life of precisely three minutes although, come to think of it, a certain restaurant has a deep-frozen version that can be microwaved and served in a minute. I was rash enough to sample one in a spirit of culinary adventure; suffice it to say I have some idea about how an astronaut feels at mealtimes.

That said, I would rather face a firing squad than fast food: I just don’t get the whole bucket thingy.  Secret recipe with 12 ingredients, forsooth; if I’m in the mood for grease, I hang around in a garage until the feeling passes or I head for Impie’s.

What is so special or top secret about paprika, a bunch of boring dried herbs like oregano and sage tossed with onion powder, buttermilk, flour and chilli powder with a dollop of flavour enhancers with battery hens rolled in this gloop and then deep fried? Oh, and I almost forgot: cornflakes!

Gimme a break, if I’m going to stuff 900 gm of sodium, 25 gm of fatty acids and 400 calories in one burger into my gut, I need a lot more in terms of flavour.

There is something deeply satisfying about a chicken kebab with its distinctive Moplah-style batter, redolent with ginger, garlic, vinegar, spices and egg, rolled with maida, fried to a golden-brown crunchiness. Aaah!

And how can one resist the eggy, custardy consistency of “brain dry” tongue-lashing you with its robust mélange of garlic, ginger and fiery green chilli with the after-burn of freshly ground pepper kicking in like a howitzer?

The flaky layers of a KP or kerala parotta dunked in special sherva soar effortlessly above the pallid charms of ketchup squeezed from a sachet or, worse, coleslaw, with an industrial aftertaste. In a free market, give me the artisanal any day.

I just don’t get it when folks tell me that fast food tastes the same in Bengaluru or Barcelona. I ask you, why would you schlep all the way to Barcelona and pass on tapas, paella and jamon in favour of deep-fried sawdust?

When Lin Yutang says, “What is patriotism but the love of the food one ate as a child?” we realise it’s a serious remark about the way our memory works, just like Proust’s immortal passage. The image of his madeleine, a spongy almond-flavored cookie, baked in a press to look like a scallop shell, dipped with delight into his afternoon cup of tea in the manner of a prissy bawaji at Tata House has become an icon for food lovers the world over.

But what exactly is he telling us in this passage? In Scott Horton’s analysis, “All memories are not created equal; some are imprinted more strongly than others. One can have a very sharp recollection of a specific experience from one’s childhood, and still have forgotten entirely what one had for breakfast in the morning.”

Memories dredged up from the dim, distant past need not even be associated with some objectively significant event, something sad, happy, or momentous. Proust emphasises the crucial role played by smell and taste in memory and the intensity of the experience. Obviously the memory and its clarity and detail depend on the individual and the timing of the initial experience.

If you are fortunate enough to be a Bangalurean, you are bound to have heard these words from an envious relative in Mumbai or Delhi, “God, I envy you guys in Bengaluru, yaar, you have so many great restaurants.” And you’re like, “Yeah right, then how come we have such a hassle making up our minds where to have lunch?”

No mention of the food scene in Bengaluru would be complete without a mention of the ubiquitous Andhra restaurants. Military hotels and messes, Kamat Upahaars, Sagars and Shiv Sagars come and go but the Andhra meal is here to stay. Like parthenium. Surprisingly, there are very few mom-and-pop restaurants in Bengaluru serving simple, homely Kannadiga food. Without doubt, Andhra hotels are the most popular among Bengalureans for a cheap, tasty, filling meal, make that meals.

“Have you taken your mealssss?” is a familiar greeting through the length and breadth of Karnataka and while everyone has their personal favourite, Nagarjuna and Nandhini’s are generally acknowledged to be the most favoured choices. One has the option of biryani or full meals accompanied by a selection of side dishes. A huge mound of rice with a dollop of ghee and dal-podi is the best way to start. The veggies include spinach, gherkins and carrots and are rotated daily with sambhar, rasam and curd rounding out the meal. Mutton fry, mutton pepper dry, chicken roast or 65 and fish curry are excellent accompaniments, or just ask for the daily special.

Like Roald Dahl, I have no patience for guys who can’t cook: even the most incompetent gym rat can figure out how to cook an egg. So, below is a simple recipe for “egg roast.”

Voila, it’s not a madeleine, but then you are in Bengaluru, not Paris.