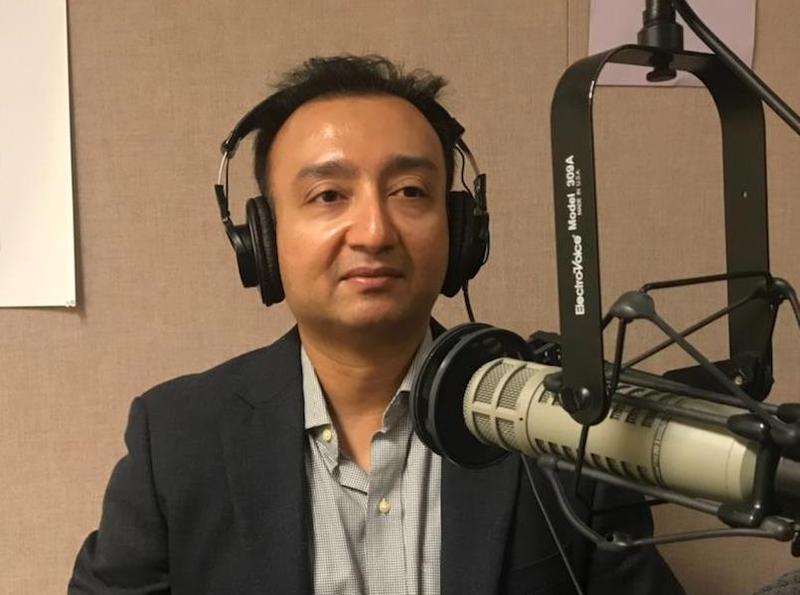 If your New Year’s resolution is cutting down on sweets and other foods that aren’t good for you – you may want to follow your nose.

Dipayan Biswas is a professor at the University of South Florida Muma College of Business, where he specializes in “sensory marketing.”

His new study is in the Journal of Marketing Research.

WUSF’s Mark Schreiner reports on a USF professor’s latest “sensory marketing” — this time into how scent can fool your brain into not wanting unhealthy food.

In it, researchers had people conduct a number of simple tasks in a laboratory. While they worked, the scent of cookies or strawberries was piped into the room.

Then, after a certain time, they were offered a reward of either a cookie or a strawberry.

Since strawberries don’t give off as much of a scent as cookies, people exposed to the fruit smell were more likely to pick cookies.

The experiment was also conducted, with similar results, using pizza and apples.

Biswas said it’s because scents satiate the “pleasure center” in our brains the same way actually eating unhealthy food does. Depending on the person, that center also reacts to such things as tobacco, alcohol or sex.

“Scent is very subliminal. Visual cues, we’re conscious about that – if you see a certain logo, certain color, certain shape – we have some level of consciousness how we process it,” he added.

“Scent, it’s so subliminal, we can be influenced by it without even realizing it, which makes it a very powerful tool for companies to use to influence consumer behavior.”

Biswas pointed out that’s why fast food restaurants try to get people to order as quickly as possible, before the smell of something like french fries alone outweighs the desire to eat them.

It’s also, he said, why some restaurants that want people to buy their more expensive, healthier food options, may use the smell of something fried to push people away from the cheaper, less healthy food.

Other companies – think theme parks, like Disney – also use this kind of sensory marketing, and Biswas added that a lot of manufacturers are making candles and other products that mimic the sweet smell of cookies or candy.

“Research in neuroscience shows that the brain doesn’t differentiate between how the reward circuitry is being satisfied – whether it’s by the scent or by the food,” said Biswas. “A lot of people would get satisfaction from the scent itself, not the food.”

So if you’re thinking of dodging the calories that come with sweets, Biswas suggests lighting up a cookie-scented candle instead.

Source: The Nose May Know When It Comes To Food Choice | WUSF News