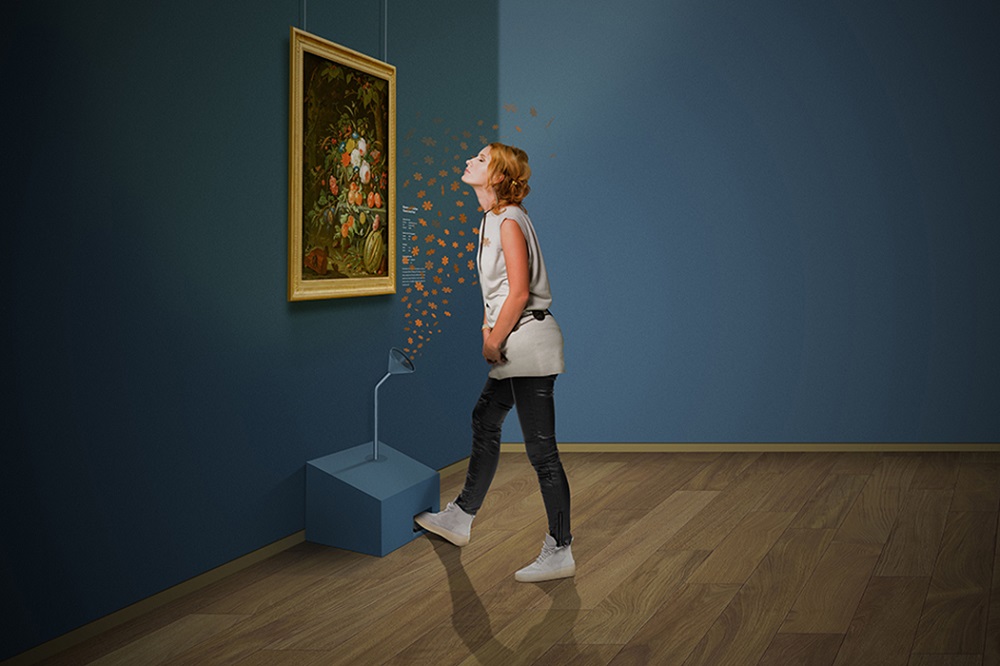 By msensory team23/03/2021No Comments
What if art had a smell? While the question may raise a smile among skeptics, it’s one that the Mauritshuis museum in The Hague is taking very seriously. In fact, it’s even the subject of a new exhibition, titled Smell the Art: Fleeting ― Scents in Colour, that visitors can discover when the museum reopens, August 29.

Certain paintings, such as “Still Life of Flowers and Fruit” by Abraham Mignon, evoke fruity and floral aromas  so enchanting that you almost wonder whether the artist wanted us to smell them for ourselves. Drawing on this idea, the Mauritshuis museum came up with Smell the Art: Fleeting ― Scents in Colour a show exploring the representation of smell and odor in 17th century art. The exhibition comprises around 50 artworks, with painting, drawings, engravings and objects, allowing visitors to experience typical odors of the time.

According to the Dutch museum, these scents certainly weren’t all pleasant to smell. “The 17th century was also full of foul smells; the stench could be dreadful everywhere. Mains water, sewer systems, deodorant, toothpaste, washing machines, fridges: none of these existed yet ― with all the inherent consequences,” the museum explains. The famous Jan van der Heyden painting, “View of the Oudezijds Voorburgwal with the Oude Kerk in Amsterdam,” for example, offers insight into the urban “landscape of scents” at the time. There’s a man sweeping horse manure into piles in the street, while women wash laundry in the canal’s dirty water.

From the smell of fresh linen to the canals of Amsterdam

But Smell the Art: Fleeting ― Scents in Colour goes further than creating an encyclopedic repertoire of the odors around in the Netherlands in the 17th century. The exhibition gives visitors the chance to smell them for themselves. Scent dispensers will immerse visitors in the different odors represented in the show’s artworks, whether these are pleasant ― like a cupboard of fresh linen or myrrh ― or foul. Given that the Mauritshuis is currently closed due to the covid-19 pandemic (and is scheduled to reopen August 29), the museum has decided to start selling scent kits to accompany digital tours of the show.

According to Artnet News, these fragrances were created by a firm called International Flavors & Fragrances. One of them recreates a particular lost aroma: that of the original interior of the Mauritshuis, which was destroyed by fire in the 18th century. “We will be extremely happy if we break even,” said exhibition curator Ariane van Suchtelen, about the 1,500 fragrance boxes commissioned by the Mauritshuis. “If they are popular, we can of course make more. If we sell out, we break even, I think. So if we don’t, we don’t.” ― ETX Studio