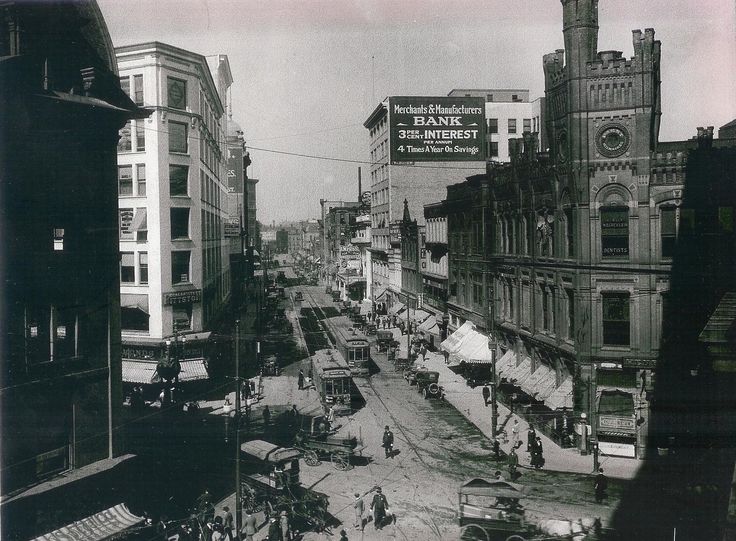 The forgotten smells of old Milwaukee

My wife thinks I’m part dog. Whether we’re walking in the woods or just ambling around the neighborhood, I have an apparent need to smell things. Not everything, mind you; unlike a full-blooded canine, I stop well short of roadkill and scat. But I’ve learned that smell can add a potent, even pungent, dimension to my experience of the world.

Flowers are just the entry level. I like the spicy notes of petunias and the slightly cloying, maiden-aunt odor of lilacs, but why, I wonder, do wild roses smell so much better, and so much more powerful, than the fussy hybrids that are their direct descendants? And how do much smaller flowers, like lily of the valley, pack so much punch into such tiny packages?

In general, I prefer sniffing wild plants to the domesticated variety. Smell, I’ve been taught, can be an aid to identification as well as a sensory rush. The inner bark of cherry twigs smells like almonds, prickly ash leaves smell like lemons, catnip like mint, and skunk cabbage like, well, an angry skunk, but notably less intense. Every conifer needle has its own aroma, with cedar the sweetest.

It’s entirely possible to be misled, of course. A few years ago, I was walking in Seminary Woods, near my Bay View home, when I got wind of a new smell that seemed too strong for my surroundings. It was definitely floral, with overtones of lilac, but hard to identify. Was I on the verge of finding a new plant? My excitement growing, I walked upwind until I reached a soccer field at the edge of the woods. The smell, I quickly discovered, was the industrial-strength deodorizer wafting downwind from a Porta-Potty. I haven’t quite trusted my nose ever since.

Smells are powerfully associated with memory, including that one. The scent of new-mown hay, or even cow manure, takes me right back to my Uncle Laurence’s farm in Coon Valley, Wisconsin. A whiff of lemon meringue pie brings back my mother in an instant. Old-house attic smells, with their mixture of dust, wood, and age, recall my grandparents’ hardware store on Lincoln Ave.

Smells can also be associated with cities. Every community has its olfactory signatures, and Milwaukee’s were once bolder than most. Who can forget the heavenly scent of Ambrosia chocolate floating out from their old plant on N. Fifth Street and W. Highland Ave.? I can recall standing on a downtown street corner and practically drinking the air.

When the wind blew from another direction, downtown enjoyed the hoppy, yeasty smell of beer brewing in the kettles at Pabst or Schlitz. A few miles away, on S. 43rd St. (now Miller Park Way), is where that beer began. A phalanx of towering elevators—owned by the Kurth, Krause, and Froedtert firms—formed a “malt belt” of national importance. When the maltsters were drying and roasting their sprouted barley, a smell like unbuttered popcorn flooded the surrounding neighborhoods.

Other odors were an acquired taste—or smell. From 1882 until the start of Prohibition in 1919, a distillery on the north rim of the Menomonee Valley made whiskey, gin, and an abundant byproduct—yeast—that was sold under the Red Star label. Yeast was the company’s only product after Prohibition. When Interstate 94 opened just behind the plant in the mid-1960s, thousands of motorists were treated to the smell of its emissions every day: a heady, organic aroma reminiscent of bread dough but many times stronger. The plant at 28th St. was shut down in 2005 and demolished seven years later, but it lingers in memory. If there is one smell that ex-Milwaukeeans associate with their hometown, it’s probably Red Star Yeast.

Other historic smells were downright offensive. Alewives, an invasive species of ocean herring, died off by the millions in the 1960s, and their carcasses littered the perimeter of Lake Michigan. There they rotted in windrows knee-deep and even higher, producing a stench so overpowering that Milwaukee’s most popular beaches were practically deserted even on the hottest days of the year. There was a less-noxious reprise of the pestilence in the early 2000s, when thick blooms of cladophora algae drifted ashore, usually attached to invasive zebra mussels that died when more aggressive quagga mussels displaced them.

Neither dead alewives nor dead algae could compare with the smell of the Milwaukee River in the late 1800s. The city had turned its major stream into an open-air commode, and during hot spells a revolting slurry of human and animal waste created an odor that one 1878 observer called “simply unendurable.” The Milwaukee Sentinel upped the rhetorical ante one year later: “The bad smells of Chicago are as the perfume of violets in comparison with the odors of the deadly gases of Milwaukee’s open sewer.”

It was not until the Jones Island sewage treatment plant opened in 1925 that Milwaukee finally got a handle on its waste problem. The plant is hardly a cologne factory, as anyone will tell you who’s been on the Hoan Bridge with a west wind blowing, but it smells infinitely better than the Milwaukee River in its odoriferous heyday.

The “river nuisance” is gone, thank goodness, along with a host of other historic smells—good, bad, and neutral. It’s no longer possible to experience the acrid scent of coal smoke from a thousand factory stacks, the barnyard odor of the stockyards, or the stench from the Menomonee Valley rendering plant. All have succumbed to progress, broadly defined.

There’s still something in the air over Milwaukee. A south wind brings the smell of bacon from Cudahy. Seasoned woodsmoke fills the air around the Usinger and Klement sausage plants. You can still smell beer in process at a growing number of craft breweries as well as giant MillerCoors. And there are new smells our ancestors wouldn’t have recognized: the pungent scent of curry downwind from any Indian restaurant, the sharp chili smells from the taquerias in Walker’s Point, and the tangy char of barbecue from backyard barrels on the North Side….