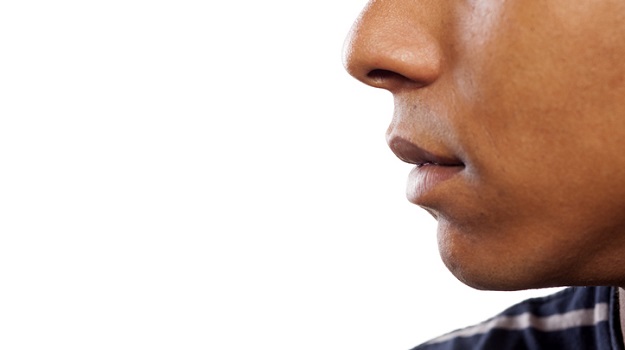 The Doctor Will Smell You Now: The Rise of AI-Olfaction in Healthcare | BioSpace

In 2020, a woman named Joy Milne made headlines for having a sense of smell so strong and powerful that she could literally smell if someone had Parkinson’s disease (PD), a progressive nervous system disorder that debilitates motor movement. Her incredible gift prompted researchers to probe into the scent of the disease, and in June 2020, researchers published data that showed there are 10 compounds that could cause PD’s signature scent.

Researchers decided to take this new development in olfaction a step further by combining it with the powers of artificial intelligence. Recently, a team from Zhejiang University in China developed an artificially intelligent olfactory system for the diagnosis of PD. An “e-nose” was built to “smell” sebum samples from PD patients. The machine was able to accurately diagnose PD in 70.8% of cases and showed 91.7% sensitivity in identifying true PD patients, although it is currently subject to false positives.

“Our results indicate that AIO could distinguish PD, whether at a late stage or early stage, from healthy controls. Since PD does not have an effective cure, only detection of PD at its early stage is meaningful. Early diagnosis of PD followed by early medical, psychological and social interventions can significantly improve the health-related quality of life, relieve symptoms and prolong the patients’ survival time,” Xing Chen, Ph.D., associate professor in the department of biomedical engineering at Zhejiang University and co-author of the study said in an interview with BioSpace.

But how does a computer smell? Interestingly enough, it involves another sense: sound.

The e-nose used gaseous vapors emitted from sebum samples collected from both PD patients and healthy control participants. They combined gas chromatography, a technique that separates the chemical components of a sample mixture and determines how much of each component is present, and a surface acoustic wave sensor. The team was able to determine which gaseous compounds were present in the sample by understanding how the chemical compounds interacted with sound waves.

A specially-built sensor that measured surface acoustic waves responded to the concentration of chemicals presented and turned that information into electrical signals, which could be recorded and interpreted by the computer. In order to diagnose PD using the technology, the team used machine learning algorithms to identify three odor compounds that differentiated PD patients from non-PD patients. Using this information, the researchers built a model for recognizing PD.

“We are trying to use AIO to screen early PD patients from healthy people, or even people with mild cognitive impairment,” Chen said. “Although the accuracy might not be as good as the markers from blood, the non-invasive way attracted a lot of researchers to deal with the issue.”

Sound isn’t the only way to help a computer to smell, though. Aryballe, a company working to digitize smell, has taken a different approach to AI-olfaction.

Aryballe utilizes biosensors in its e-nose, which have an affinity for volatile organic compounds found in scents. Rather than relying on sound waves to determine which chemical components are present, the company’s technology uses interferometry, a method that utilizes interference of waves, specifically light waves in Aryballe’s case. By taking and viewing pictures of the volatile organic compounds interacting with biosensors, the computer component of the e-nose can measure optical interferences to determine scents by recognizing patterns that certain smells create.

Aryballe sees widespread use of its technology in many different industries, including automotive, food and fragrance. The technology is so precise and specific that it can differentiate between two very similar sodas and determine the quality of grain used to make them. It can also provide quality control for fragrances used in personal care.

“I initially started thinking this is a cool thing for the fragrance industry, but it’s so much more than that,” Terri Jordan, president and EVP of global business development at Aryballe said in an interview with BioSpace. “I’ve been with Aryballe for just over three years, and when we first started showing our product, everybody was intrigued. Nobody knew quite what they wanted to do with it, though.”

Over the course of the pandemic, many people realized how valuable smell could be for their businesses. As supply chain issues became abundant, industry professionals realized the importance of knowing if their raw materials were of good quality. Not only that, but smell became an indicator for patients who became ill with COVID-19. Smell was certainly on the brain, and now the medical industry is booming with big ideas.

Currently, Aryballe is making strides towards improving diagnostics in healthcare.

“We’re considering core sensors that are specific to disease diagnostics that could be for COVID-19 but could also be for anything that has a biomarker. We’ve already shown sensitivity to various bacteria,” Jordan said. “Our breath can be a good indicator of health.”

Aryballe envisions a future in which patients could use a wearable device that detects odors of skin or breath to determine diagnostics and biometric data from someone wearing it, providing a less invasive way to determine disease status. Breath could potentially be used to determine the presence of infections, diabetes and some cancers.

Already, e-noses have been utilized in the diagnosis of lung cancer with an overall sensitivity of 96.2% in non-smokers. NASA also developed an e-nose to detect COVID-19, utilizing technology the organization previously developed to monitor the air in spacecraft.

Jordan also shared that Aryballe wants to take its technology a step further for patients experiencing anosmia, the total or partial loss of the sense of smell, including those whose anosmia is caused by COVID-19. The company received a grant to develop a “smelling aid,” which would act as an extension of the nose to provide sensory input to the brain and restore smelling capabilities.

Aryballe’s healthcare advancements are not yet commercially available, but they provide a glimpse into the future of digital olfaction and AI. A reality in which medical professionals can use minimally invasive e-noses to provide faster and early diagnoses for major illnesses like PD and COVID-19 may not be far off.

Source: The Doctor Will Smell You Now: The Rise of AI-Olfaction in Healthcare | BioSpace