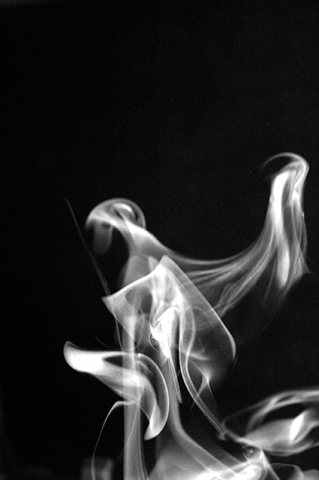 The Aromas of Memory – Georgia Today on the Web

There are several olfactory moments in my life, specific times for which a recurrence of that smell takes me back irresistibly to that point in time and space. I was there; a whiff—and I’m back.

The earliest is bacon. Not just any bacon, mind, but cooked until its obligatory thick rind is crispy. I would tie knots in this as a young child, then, once either of my parents cut it off the rasher for me, before devouring it, the best part, with great relish. One of my earliest memories, summoned back by the aroma. England or Canada, about 1968 or 1970?

Freshly laid tar is another one. It puts me back to Rhodesia in the early 1970s when I first remember the roads being resurfaced. Some of the joy would be lost, that of a rough lane with long grass growing in its middle, between the wheel-ruts. My sister and I would see this grass being bent down as we were driven over it, then spring back up again after our passage, and shout out, “Head first, then feet!” as the grass bobbed down and up. But the new tar was a thing all of its own, progress.

Old bookshops and their wares… including comics, once I cottoned on to these with some now quite valuable issues of the New X-men, which sadly I no longer have. But the reading was an early pleasure as TV did not grace our household until our 1977 move back to Canada, and me aged ten. Static print has always been more important to me than video screen, and now, when more of my reading of print IS off the screen of either my laptop or my e-reader than off paper, it remains more important than ever. The smell of old books always reminds me of the hours of delight I derived from the bookshops, just browsing for serendipity, seldom with an agenda but almost always finding a treasure. The musty smell of aged paper just sends me.

Samosas: back to Southern Africa, where I first encountered their delightful pastry pocket triangles filled with savory goodness, and fell in love with Indian spices and cuisine, well before age ten.

In Georgia it’s the Svan salt. A rich, complex aroma, varying from village to village, some of its component plants’ names unknown even to my Georgian wife in anything but Svan, which she understands about as well as I do, in other words hardly at all. So, a mystery concoction. All I have to do is take some of it with me anywhere, across the world, and opening the container transports me back to my adopted home of the last 18 years. More than any local wine, cheese, walnut paste, chakapuli or ajapsandali or kharcho stew, this smell recalls me to its place of origin. It goes so well with many traditional Georgian or non-traditional savory foods, either raw or during cooking.

This is the power of what enters our nose, without the sense of which we also would not be able to taste and would lose all the flavorsome joy of eating too. More than sound, sight or touch, smell returns those memories associated with it to fullness. Bad smells may have similar evocative powers, unfortunately, to take us back to nightmare times, but let us stay focused on the good memories for now. They are worth many a return visit.

Tony Hanmer has lived in Georgia since 1999, in Svaneti since 2007, and been a weekly writer for GT since early 2011. He runs the “Svaneti Renaissance” Facebook group, now with nearly 1900 members, at www.facebook.com/groups/SvanetiRenaissance/

He and his wife also run their own guest house in Etseri:

Source: The Aromas of Memory – Georgia Today on the Web