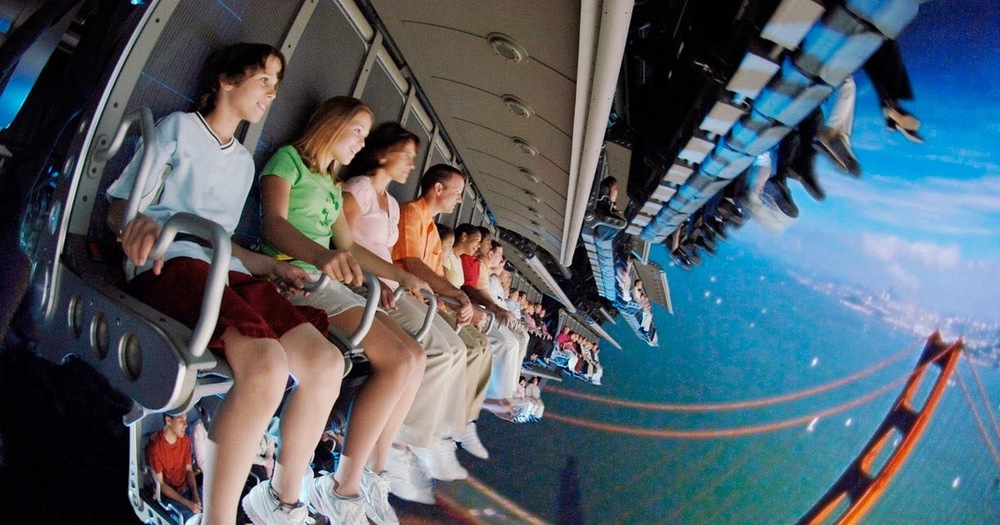 By msensory team15/11/2019No Comments
By: Genie Davis
The scent of change is in the air. Disney has patented a system that delivers an immersive scent in theme parks. The innovative product produces multiple scent distribution timed to visual entertainment offerings.
Disney believes that the use of scents can trigger memories and create significant emotional responses. The company states that smell is thought to be “arguably the most powerful human sense.”

Although Smell-O-Vision-type technology has been used in the past, this is unique: the patent represents the ability to vary scent quantity released and timed to seeing visual objects, and will blend and retract scents directly in the area of the park guest.

So far, Disney hasn’t indicated in what way they plan to apply the use of this new technology.

In the past, scent has had a difficult time catching on. In the 60s, Smell-O-Vision released scents during film projection but it was not widely used. Rather, a single film called Scent of Mystery, deploying 30 smells per screening, was the only film experience that used it.The film, produced by Mike Todd Jr., injected the odors into movie theater seats, triggered by the sound track of the film. The technique was invented by Hans Laube, with the idea that viewers could smell what was happening in the movie.

However, scent use in film long pre-dated this technology, even before the use of sound in film. In Forest City, Penna., Samuel Roxy Rothafel of what was then the Family Theater, used cotton wool soaked in rose oil and placed in front of an electric fan during a newsreel presentation; in a 1929 film showing of The Broadway Melody, a theater in New York City, sprayed perfume from the ceiling. Paramount’s Broadway location of their Rialto Theater installed an in-theater smell system to deliver scents during film screenings there in 1933, but it took up to an hour to clear the scents from the theater afterwards, and during screenings, the mix of lingering scents could become confusing.

Disney itself was the first filmmaker to explore the idea of including scents within a film, for the 1940 animated film Fantasia; the idea didn’t fly due to the expense involved.

General Electric developed “Smell-O-Rama” in 1953, and showed off its potential along with a 3D image of a rose and a corresponding scent, but it was not used in an actual film or attraction.

Laube’s technique was designed to connect pipes to individual seats in theaters, so that the timing and amount could be carefully controlled by the projectionist with a control board. While the system was introduced at the 1939 New York World’s Fair, it didn’t gather film studio interest at that time. It’s use at the World’s Fair, however, directly correlates to present day interest from theme parks.

The idea cropped up again 21 years later, for the Todd’s Scent of Mystery. The process at that time employed the use of perfume on a belt, arranged in the order of release, with the belt wound around a reel. Needles pierced the containers and released scents blown through pipes beneath audience seats. It was expensive, and cost theaters anywhere from $15,000 to $1,000,000 at theaters nationwide. It worked only erratically throughout the theater.

Then there were John Waters’ scratch and sniff cards created in tribute to Smell-O-Vision for his 1982 film Polyester, a technique which was then duplicated itself four other times, most notably with the 4th iteration of the Spy Kids film series.

And so the technology came back to Disney – at theme parks. Walt Disney World and the Disneyland Resort have both made use of scents at its parks, with greater success than any of the film combinations of scent with visual images.

Disney’s Animal Kingdom attraction It’s Tough to be a Bug, utilized the scent concept to release the odor of a stink bug that was depicted on screen. Mickey’s Philarmagic at the Magic Kingdom and at Disney California Adventure served up the scent of tasty pies.The 12-minute long presentation used 3D effects, water spray, and scents in a work that depicted a variety of Disney film characters, including Donald Duck, who was the star of the presentation. It screened on the largest-ever 3D screen, measuring 150-feet-wide.

Then came the four minute and 51 second experience of Soarin’ Over California, an enormously popular attraction which deputed at California Adventure. This ride, which debuted in 2001, simulated a tour of California undertaken on a hang glider.

Scents such as citrus, pine, sagebrush, and ocean mist arose as were appropriate to on-screen images, which added to the sensorial experience of being suspended in a hang glider in flight. The same technique was also used in the Soarin’ attraction, which recreated the experience. Lastly came an updated, global version of the experience, Soarin’ Around the World, that originatedat Disney’s Shanghai location, but replaced earlier versions of the ride at other parks including California Adventure in 2016. The experience includes the scents of orange blossoms, pines, the sea, grass, and cherry blossoms as the scenery flies below passengers. And the attraction Monsters Inc., Mike & Sully to the Rescue! also features scent, taking riders into a sushi restaurant to experience the scent of ginger.

With Disney already creating park-goer interest in scent at their attractions, patenting and supporting the latest and most cutting edge technology in this aera is unsurprising; and with current technological capabilities, now may indeed be the time to inject a little more scent-sation into rides, and perhaps Disney films as well.

And, Disney isn’t the only major company exploring the use of scent tech. Universal Accelerator company Pium has a platform that provides users with their own “scent at the right time” schedule. Pium just completed a pilot program run through Loews Hotels at Universal Studios, and the technology has moved into production. Will it next turn up at Universal Studios theme parks? Keep your nose to the wind.