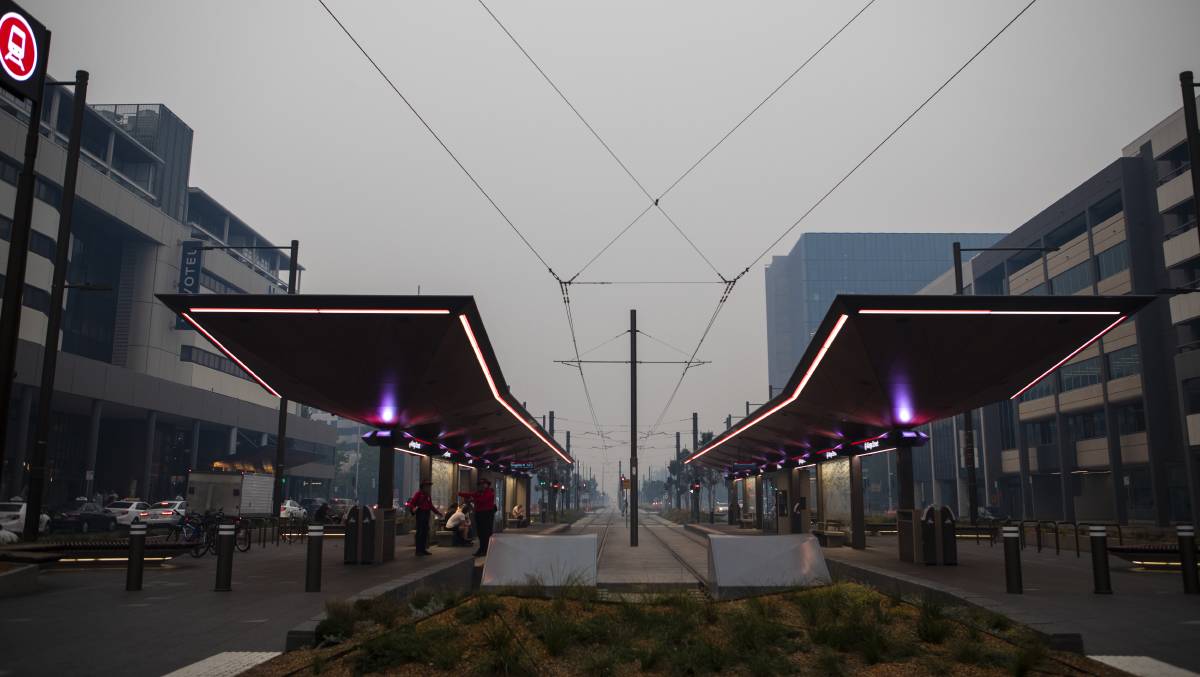 Smoke in Canberra smelt like a dying world I cannot forget | The Canberra Times | Canberra, ACT

By msensory team20/02/2020No Comments
The capital was smothered in smoke for weeks at a time this summer. Picture: Jamila Toderas

On the morning that I first noticed acrid-smelling smoke in Canberra, that insidious haze from the bushfires, I felt queasy, and shaken up – like I’d just copped a sneaky punch to the gut.

My dogs didn’t seem to care about the smell. I believe those big canine noses, which are far more adept than mine at detecting the rich world of odours and aromas filling the air on our walks, did in fact notice the change. It’s just that the promise of a good run and sniff about on the parks nearby was probably more exciting.

Now, after the rain, and dampening of the fires, neither the dogs nor I notice any smell of smoke on our walks. But like many people living in Canberra, and indeed Melbourne, Sydney and other parts of Australia’s east coast, when the smell was here, it shocked me; a very visceral, mind-and-body kind of shock.

My reaction, it turns out, made sense. Scientists and media reporting have well-established the major health risks of tiny particles from smoke in the air, particularly for those more vulnerable to its effects. Sadly, the smell also suggests the devastating reality of climate change. The loss of life, homes, businesses and natural environment was brutal.

As awful as the destruction was, I’ve realised there was more to my reaction than its immediate physical, and psychological, effects. I found the smell abrasive in a way that ignored boundaries of time and space. My mind went on a fast, emotional journey of memories, back to when I first tried to smoke a cigarette as a teenager, coughing, and feeling roughed up by the experience. Being worried by the smell of smoke from an industrial fire while riding my bicycle home from work. And noticing the strange, nauseating sensation from smelling painted wood burning in the backyard.

The memories were not nostalgic, or tender, like smells of my favourite foods, or the beach and other places I love. Rather, they felt painful, and disruptive.

If the smell of smoke reveals a deep, painful truth that many people share … surely we can imagine different ways of living.

There is a scientific basis for my experience. Humans perceive the smell of smoke like other odours and aromas. When receptors inside the nose interact with the chemical components of a smell in the air, information about the smell is created, and sent directly to parts of the brain responsible for emotions. Hence, a first reaction to a smell tends to be emotional.

Smell perception is complex, however. For those with a sense of smell, how one reacts to and understands a smell is also shaped by the pathways in the brain between emotion and memory. Those pathways developed as the human brain grew and evolved over time, and continue to play an important role in learning and communication.

What a person experiences depends on how their brain has learnt to interpret a smell. The interpretation could, for example, make the rich and sweet smell of wattle flowers pleasurable. Or make the strong fumes of car exhaust smoke feel awful. Rituals and cultural practices play a role in the interpretation, too. Smelling coffee first thing in the morning may be comforting. Working in the garden, with its earthy scents, might feel relaxing and grounding.

For some, smell perception is even a unique form of knowledge. Feeling and reflecting on smells, odours, scents and aromas becomes a way of understanding others, and where they live – what is familiar, and how it changes.

I have been researching smell perception because I’m writing a book that explores what it reveals about daily life, and how that has changed over time. In addition to looking at scientific evidence, I’ve been reading through historical records, and speaking with people living in some Australian cities about smells they notice now, the smells they remember, and what that means to them. My book is focused on Melbourne and its residents, but I’ve found many people from Canberra and elsewhere curious about the research, and they sometimes want to share their stories. 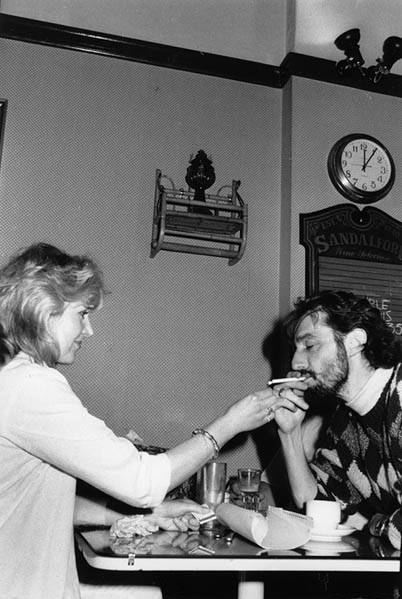 The smell of smoke has come up often in my conversations, especially with the recent bushfires. It is a smell that seems to permeate the memories of so many people, a vivid connection to the past of Australia.

Canberra, of course, has a long history of relatively clean air when compared with other cities. However, in 1994, Canberra and the rest of the ACT was the first Australian state or territory to ban the smoking of cigarettes in restaurants. Melbourne, Sydney and other cities have since introduced similar bans, including in pubs, clubs and other places where people socialise. Before tighter controls on tobacco sales, the smell of smoke from cigarettes in public areas was much more common, a regular part of workplaces, trains, buses, sporting clubs and so much of daily life.

Cigarettes were not the only source of smoke smells in our cities. Factories and similar industries located near people’s homes often released strong, smoky odours into the air. The Canberra Power Station, built not long after the end of the 19th century, generated the first electricity in the nation’s capital, and pumped out smoke and other gases from the burning of coal through its tall chimneys. Similarly, the smoke from leaves, wood and rubbish burning in incinerators was once a common smell in many suburban backyards.

The times, and their smells, change, though. What I’ve learnt from my interviews so far is that the smell of smoke has mostly disappeared from our cities. No longer do clothes or hair stink of cigarette smoke from eating out, seeing a band or spending a night on the town. Instead, noticing the smell of smoke tends to happen rarely, say when passing smokers huddled in an alleyway, or another discrete spot on the street. Or when a fire burns down a factory or other buildings.

It’s reasonable to assume that, in general, with greater health regulation and monitoring of air quality, and the decline in manufacturing and similar businesses, less smoke enters the atmosphere of some city areas.

When the smell of smoke does return, for many people it is no longer as familiar. The smell can feel shocking, and with it comes a sobering reminder of the times that life was rougher, less safe. Indeed, the emotional undercurrents of the smell reach between the past and present, abruptly connecting us with the dangers we continue to face, and the ongoing impacts of climate change. 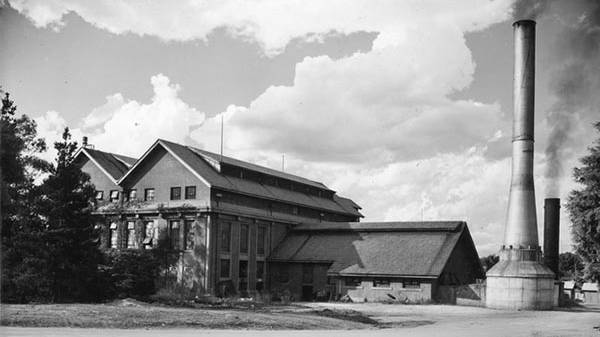 Constance Classen, David Howes and Anthony Synnott are cultural historians of bodily senses. In their book Aroma: The Cultural History of Smell, Classen, Howes and Synnott write about smell as a sense that is deeply powerful and emotional, one that reveals a kind of “inner truth”, and that is at odds with a society which can be too controlling, and lacking substance.

“… odours cannot be readily contained, they escape and cross boundaries, blending different entities into olfactory wholes. Such a sensory model can be seen to be opposed to our modern, linear worldview, with its emphasis on privacy, discrete divisions and superficial interactions.”

Life in Canberra may be blessed with better quality air than other cities, but it too has suffered through smoke, and as a result is forever changed by the painful memories experienced through odours. My wife and I are still working through a miscarriage we had to deal with when the smoke was thick and spread into the city’s medical facilities. Others too have faced great difficulties as a result of the smoke.

If the smell of smoke reveals a deep, painful truth that many people share, of the consequences from pollution, and how we choose to treat human bodies and each other, surely we can imagine different ways of living. Ways that are more conscious of what’s gone before.

Like most people in Canberra, my wife and I are doing our best to return to a normal life without the smell of smoke. We walk our dogs on the grassy ovals near home where the air is fresh. I ride my bicycle beneath the tall, eucalyptus-scented trees that line the roads on my way to work. Breathing in, and depending on, the crisp, clean atmosphere as summer begins to end.

What is different is that I feel like the world I know is closer to dying. The smell of smoke is a horrible memory of the damage already wrought, its rarity not diminishing its power. At least I don’t have to face the enormity of trying to repair that damage alone.