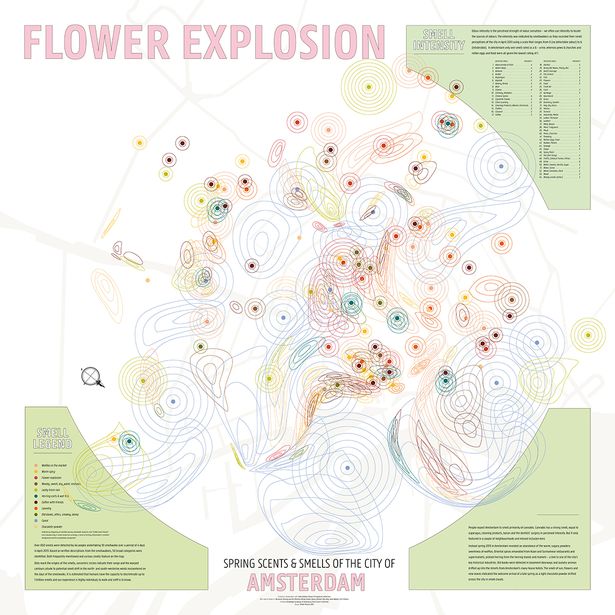 Smells of Widnes to be immortalised in unique map | Liverpool Echo

Its intriguing aromas have long been a feature of life in Widnes but now the town’s nasal curiosities are to be turned into a unique “smell-scape” artwork.

Professional artist and researcher Dr Kate McLean has teamed up with Catalyst Science Discovery Centre in West Bank on the banks of the Mersey for the Arts Council England-funded project to turn two centuries of smell-related history into visual form. previous muses include famous cities such as Amsterdam and Singapore but now she is looking to the industrial town for inspiration.

Residents have been asked to play their part too, by reporting a smell a day to the project.

Smells are to be graded from 1-7 for for strength – ranging from “weak” to “unbearably strong”, and for how long they last from 1-7: the lowest meaning a “sniff and it’s gone” to something that “lingers forever”.

Those taking part have been urged to observe safe social distancing.

Kate has also teamed up with Catalyst to draw on its museum collection and to work with residents to compile memory data of smells down the decades.

Widnes is well-known for its smells, and not always for the right reasons.

In 2018 the Environment Agency said it was launching an investigation after residents complained that parts of the town “absolutely hummed” for several days because of a “revolting” stench.

Last May, a video surfaced of a waste processing plant that was blamed for generating bad smells when The Queen and Duchess Of Sussex visited for the official opening of the Mersey Gateway bridge, which will now be remembered in part for the grim pong overhanging the festivities at Spike Island.

Kate’s work creating smell-scapes began when she lived in Edinburgh – the city incidentally known as Auld Reekie – and expanded from there.

She said: “It was a very general curiosity about how human beings perceive smells and how they’re related to the places they inhabit.

“I started when I was in Edinburgh and I was very intrigued about the peculiarities of the Edinburgh smell-scape, so I went and did Glasgow’s smell-scape.

“They weren’t the same.

“I thought this was really interesting, what can I do with it now?”

Despite some exploring the smells of several famous and glamorous cities, she has no favourite.

Kate said: “There’s no particular place that has a better smell than anywhere else.

“They’re all incredibly individual and that’s what makes them fantastic.

“Widnes is going to be particularly interesting because of its long smell history.”

A Catalyst spokeswoman said Widnes is famous for its smell and the project will examine the links with its heritage as a major chemical manufacturing town.

She said: “We got fantastic feedback; people told us stories about the bongs and galligu, they described the smells of industry, as well as pongs from the river and the scents of the Golden Wonder crisp factory.

“This is where our challenge comes in.

“We are now inviting people living or working in Widnes to contribute ‘nose-first’ data on what Widnes smells like today which will be translated into an original series of ‘smell-maps’ to be exhibited at Catalyst when we reopen.

“To take part, residents should record one smell every day for seven days starting on Friday, April 10.

“However, it is vital they follow all government advice: maintain social distancing and do not leave their home just to record smells.”

Source: Smells of Widnes to be immortalised in unique map – Liverpool Echo